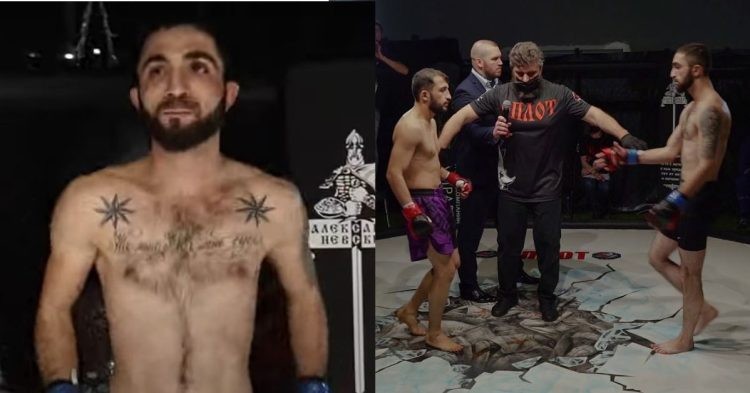 Russian MMA fighter Georgiy Gagloev has reportedly been found dead. Russian news outlet TASS reported that the fighter was found dead in the train carriage he was traveling in from Moscow to Vladikavkaz. TASS has cited sources suggesting that the fighter’s death may have been violent. Gagloev’s body was found on the train during a stop in Rostov-on-Don.

Gagloev had earlier gone viral after he appealed to Chechen leader Ramzan Kadyrov. On the 6th of February, 2022, Georgiy Gagloev’s aunt, Rimma was reported missing. She had last been seen hiring a taxi to get from the Grozny airport to her North Ossetian home. However, the car was later found abandoned near the border.

Gagloev was under the belief that his aunt was kidnapped owing to her profession. Gagloev’s aunt, Rimma, was a fortune-teller. Taking up such professions is prohibited in the religion of Islam.

Consequently, these professions are also banned in Chechnya, a Muslim-dominant area. And this was also where Rimma was last spotted. Shortly after her disappearance, Gagloev posted a YouTube video in which he appealed to Chenchen dictator, Ramzan Kadyrov, to help locate his missing aunt.

“My aunt was engaged in fortune-telling… I know that it is forbidden in the Muslim religion, but she did it in Ossetia, and we will figure it out ourselves,” said Gagloev in the video. Though Kadyrov did not respond to it, the video went viral.

Georgiy Gagloev fought at bantamweight during his MMA career. Over the course of his career, Gagloev fought in 5 professional bouts. He won his first fight in the first round by choking out his opponent. However, Gagloev would then lose all of his next bouts. His last professional fight and loss came against Ibragim Ilyasov at Hype FC 5 in 2021. He previously also fought for Oplot FC, The Old Guard, and JFL.

Georgiy Gagloev belonged to North Ossetia, a Republic in the North Caucasus. He was a North Ossetian champion in freestyle wrestling and hand-to-hand combat. Later in his life, he made the switch to mixed martial arts.

His death indeed comes as a blow to the Russian combat sports community. At only 25, Gagloev could have polished his game and developed into a bright prospect. However, at this time, all one can do is wish for the best for his family and friends.