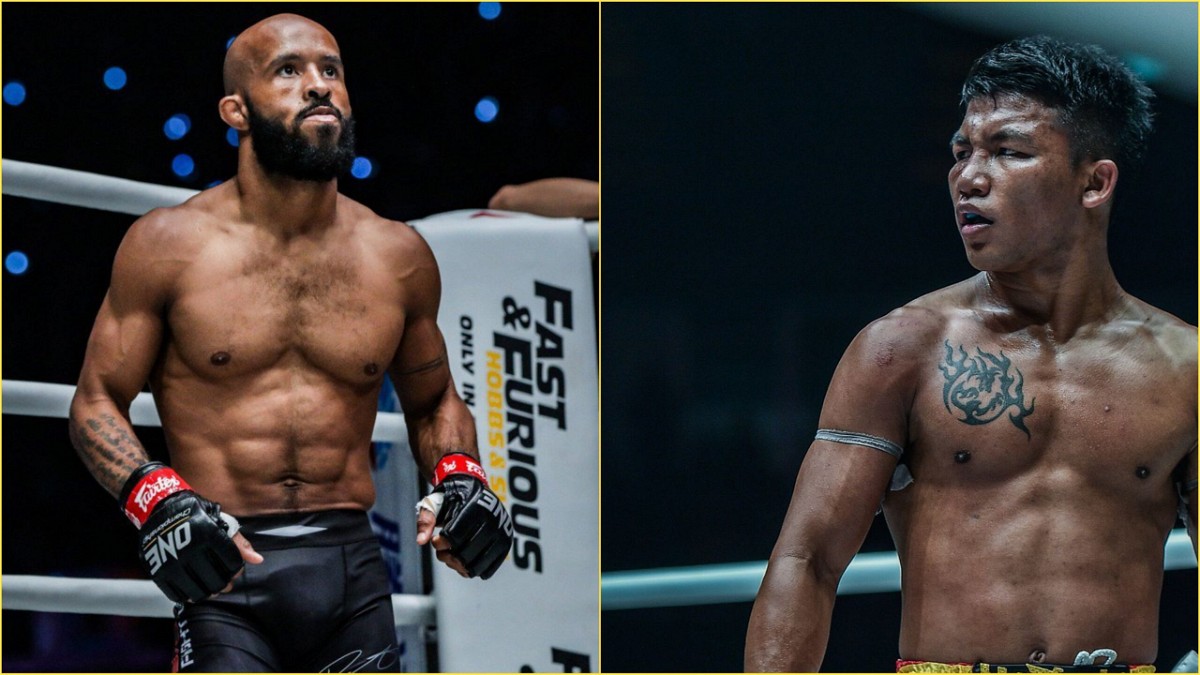 One Championship will celebrate its 10th anniversary with a grand event, ‘ONE X.’ It will feature 6 fights on the main card. In the main event, Women’s Atomweight Champion Angela Lee will defend her belt against Stamp Fairte. But the main attraction of the card will be in the co-main event where Demetrious Johnson fights Rodtang.

Former UFC flyweight champion Demetrious Johnson will take on One Championship Flyweight Muay Thai champion Rodtang in a mixed rules contest. Unlike the usual MMA/ Muay Thai fights, this particular bout will have 4 rounds of MMA and Muay Thai combined.

The first and third rounds will be contested in Muay Thai rules. Whereas the second and the fourth will be fought in Mixed Martial Arts rules. DJ is coming off defeat as he lost his 125lbs title to Adriano Moraes in his last fight.

Nicknamed ‘Mighty Mouse’, Johnson is considered to be one of the greatest fighters to ever step inside an MMA cage/ring. His run in the UFC is legendary. DJ still holds the record for the most number of UFC title defences in a row with 11.

After leaving UFC, Johnson won the Flyweight title of ONE Championship as well in 2019. But he dropped the belt in his last fight almost a year ago. Now he will fight one of the most feared Muay Thai fighters in the world, Rodtang Jitmuangnon.

The 24-year old has had 319 fights in his career so far. He boasts an insane record of 267 wins with 42 losses and 10 draws. Rodtang is known for his highlight-reel worthy knockouts and impeccable striking technique. The Thai fighter has won 16 of his last 17 fights and is on a winning streak of 5 fights.

While Rodtang has never fought in MMA DJ hasn’t competed in Muay Thai either. In a recent interview, DJ stated that Rodtang likes to take his time before getting into the groove. However, the rule set for this bout won’t allow him to do that.

Hence, Rodtang will look to finish the fight early. However, Mighty Mouse is a very skilled striker himself. He will look to drag the fight longer as Johnson will be able to implement his high-level grappling in the second and fourth rounds. But he is 35-year old now.

This is one STACKED matchup ???? Get ready to witness history being made THIS SATURDAY at ONE X!#ONEX | 26 March | PPV: 8PM SGT/8AM ET | Order PPV: https://t.co/eBUfsOlZOd | Get Tickets: https://t.co/4ieR6zPLNe pic.twitter.com/yihnWNyygE

As evident by his last fight, DJ does not possess the same iron chin that he did during his youth. Hence, Rodtang will have a great chance of clipping Demetrious and finishing the fight early. But the later rounds will favour the veteran undoubtedly.