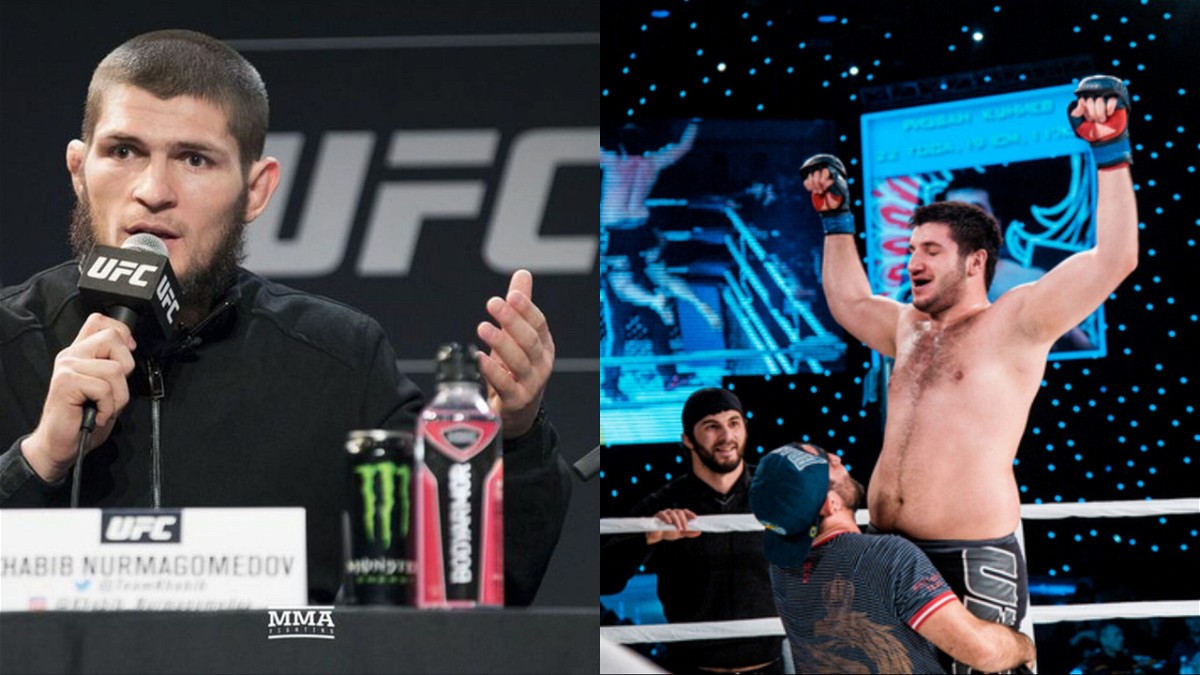 Eagle Fighting Championship is all set to hold its second event in Florida today. The main event of this card will have Diego Sanchez taking on Kevin Lee in the Super-Lightweight (165lbs) division. But it also features the first heavyweight title defence of Rizvan Kuniev.

Rizvan Kuniev is the current heavyweight champion of Eagle FC. His first title defence will come against UFC veteran Anthony Hamilton. It will be a big chance for him to put on a show for the American fans who may not be very acquainted with Kuniev.

However, this will not be his first-time fighting in America. Rizvan made an appearance on Dana White’s Contender Series in September of 2021. Although he won against Edivan Santos via third-round stoppage, Kuniev did not get in the UFC.

Khabib Nurmagomedov: ‘Rizvan Kuniev will be a problem for anybody’

Rizvan Kuniev is a very talented fighter out of Dagestan, Russia. He currently has a record of 11-2. During the preview show for Eagle FC 46, Chael Sonnen, Khabib Nurmagomedov and Kamaru Usman spoke very highly of the 29-year old.

Having the backing of the promoter is something that every fighter dreams of. And Rizvan Kuniev certainly has found Khabib Nurmagomedov’s blessing. Talking about the heavyweight champion, ‘The Eagle’ said,

“Rizvan is a real beast you know. I sew how he trains last couple of weeks (in) Vegas. And I watch almost all his fights here in Eagle FC and he is real deal. He finish opponents, he is very good on feet. He know how to wrestle, he know how to grapple. (And) He knows he is gonna problem for anybody in the world.”

The moderator of the preview show, Chael, then asked the reigning UFC welterweight champ about being at a weight disadvantage. Kuniev’s opponent Anthony Hamilton has weighed in about 24 pounds heavier. In the heavyweight division, it will be a significant advantage for the challenger. Speaking on that, Kamaru Usman added,

“The way that Rizwan moves and the way that he fights, he is light on his feet. He is able to move around guys. I think that’s gonna be the difference. Because, if you’re able to do that, you negate that exchange to where you don’t necessarily have to have that physical exchange, to where you have all that weight on top of you.”

“And of course, you don’t wanna be underneath him. But he’s got the wrestling to be able to move around, to outwork this guy. And that’s what I think makes him the champion.”

The promotion announced that they have signed the former UFC heavyweight champion Junior Dos Santos. A win over Hamilton at Eagle FC 46 will set a fight against Dos Santos if every piece of the puzzle falls into place. If Kuniev can run through a legend such as Junior, he might just get another chance to get into the UFC.