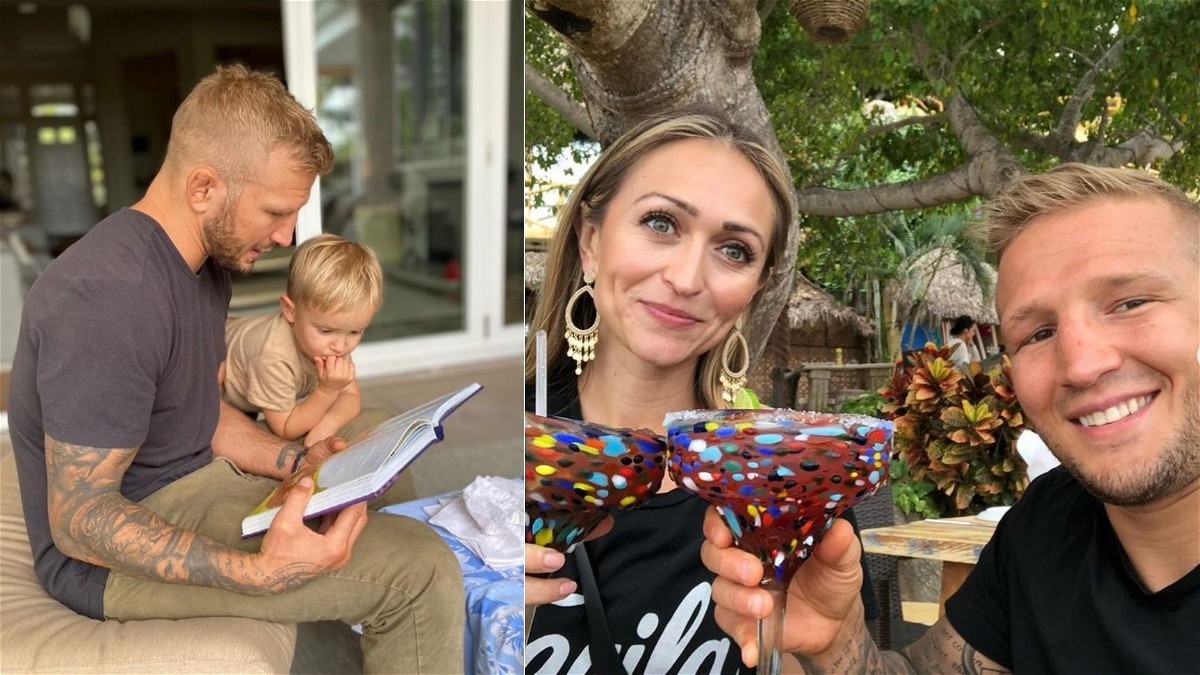 TJ Dillashaw who is a former two-time bantamweight champion is one of the best fighters in the current division of UFC. Additionally, he is one of the most destructive MMA fighters present in the world. However, TJ’s illustrious career has had his fair share of highs and lows. Therefore let’s talk about his early life and take a broad look at Dillashaw’s family, wife and kids.

Tyler Jeffrey Dillashaw was born on February 7, 1986, in Sonora, California. Moreover, he lived his early life in Angels Camp where he studied in a school called Bret Harte High School.

Once he graduated he went to a university named California State University in Fullerton. While studying Dillashaw competed in his school’s wrestling team and also played soccer during his junior years.

Following his graduation, he competed in the NCAA tournaments for three years before making a transition to MMA. He made his MMA debut in 2010 and has over time established himself as one of the greats in the sport with all his achievements. Moving on, let’s take a look at Dillashaw’s family and how they have impacted his life both inside and outside of the Octagon.

Also Read: Here’s Everything You Need to Know About Islam Makhachev’s Life in Dagestan, Childhood, and Family

TJ Dillashaw was raised by his parents in a town called Angels Camp in California. Lieutenant Dan’s father’s name is Hal Dillashaw and his mother’s name is Janice Dillashaw. Hal’s parent’s names are Jack and Glady. 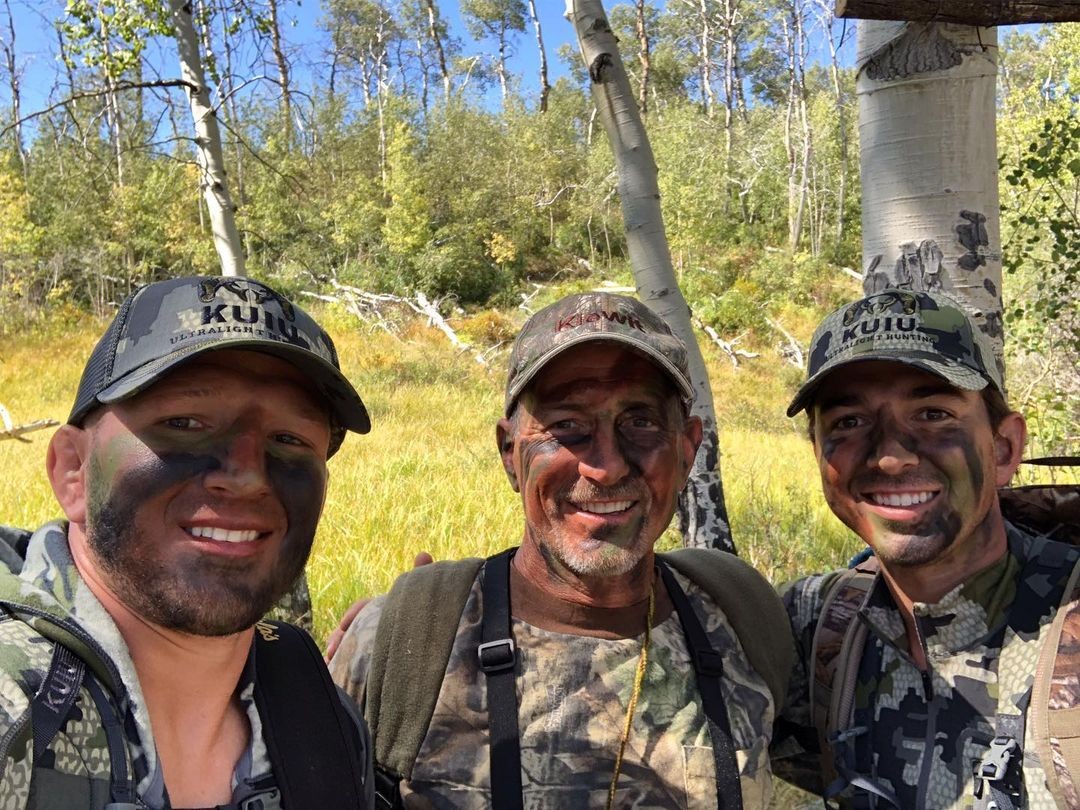 Tyler’s father was a wrestler who used to wrestle at Franco State. After Hal retired he made a shift by becoming a coach in their hometown. Moreover, he started coaching kids in their hometown youth program. Currently, Hal Dillashaw runs Dillashaw construction from the premises.

“Through my dad, my dad was like the wrestling coach in our hometown youth program and I started falling in practice and you know one thing leads to the next you want to do what your dad does you know. So I kind of followed his footsteps and wrestled in college. So I wrestled since I was 8 years old.”

Tj Dillashaw’s mother Janice Dillashaw works as a decorator, bridal design, and alterations. She has always backed her sons and has been vocal about supporting her son TJ Dillashaw during his hardships. Moreover, she regularly posts regarding his son’s achievements on her Instagram account. Both TJ and his mother share an unbreakable bond and have immense love for each other.

Also Read: Everything You Need to Know About Dominick Reyes’s Family & Girlfriend

Therefore he had great pressure to achieve the same kind of success as his brother in school. However, he lived up to the expectations as Justin won a wrestling tournament at the age of nine. This tournament was of great magnitude considering the repuation of California State Folkstyle Wrestling tournament.

Meanwhile, Justin Dillashaw has been an intense supporter of his brother TJ as he has been alongside Tyler during his fights. Moreover, he engaged in a violent argument with Cody Garbrandt post-fight and had to be escorted out of Madison Square Garden at UFC 217. On the other hand, there isn’t much information available about his brother KC Dillashaw. This is because he likes to keep his personal life away from the glitz and glamour of social media.

Also Read: Here’s Everything You Need to Know About Beneil Dariush and His Wife

Rebecca Pappe Reynoso better known as TJ Dillashaw’s wife was born on December 20, 1984. Her parent’s names are Anthony and Pappe Reynoso. She was also born and raised in Angels Camp like TJ Dillashaw. Moreover, she has a younger brother named Adrian. 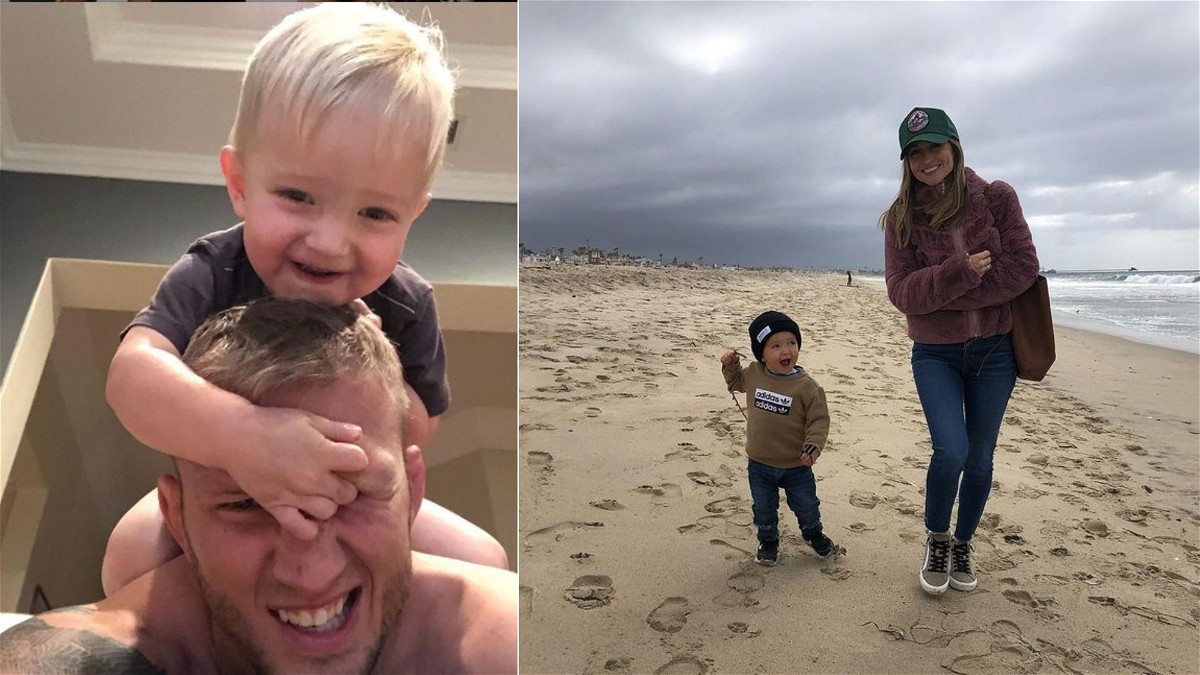 After completing high school, she attended ‘Sonoma State University,’ which is a part of ‘California State University.’ In 2009, Rebecca graduated with a BA degree in visual communications.

Following her degree, she started her career as a story logger for MTV Network or the Viacom Media Networks. Later in her life, she worked as a marketing and PR assistant at Lionakis. Then she also worked as a business coordinator at Sactown Magazine and administrative assistant at McCarthy Building companies.

In January 2019, Rebecca and TJ announced their agreement with the USDA-certified juice bar chain called Clean Juice for a franchise deal. Subsequently, the couple officially launched a new Clean Juice franchise outlet in 2020 which is located in Orange County, California. This outlet offers various things such as BOGO smoothies, a wellness market, face painting, balloon art, yoga, and pilates.

There isn’t any credible information available regarding their dating life because the couple had kept their relationship private. However, Rebecca and TJ dated for a long period before getting married at a private ceremony on June 21, 2014, in Mexico. In 2017 TJ Dillashaw announced through his Instagram page that they are expecting a child.


On September 28, 2017, Rebbeca Dillashaw and Tyler Dillashaw welcomed their son Bronson Jack Dillashaw. Currently, the entire family is residing in Colorado. The couple is very happy with how things are going and TJ has always expressed love towards his wife and son by sharing wholesome images on his Instagram account.

Despite the ups and downs, it’s safe to say that TJ Dillashaw will go down as one of the greatest bantamweight fighters of all time. He is the first fighter to hand a loss to Brazilian legend Renan Barao after he snapped his 32-fight winning streak to become the UFC bantamweight champion.

With notable wins over the likes of Raphael Assuncao, Cody Garbrandt, and John Linekar among others, TJ Dillashaw has already cemented his position as an all-time great.