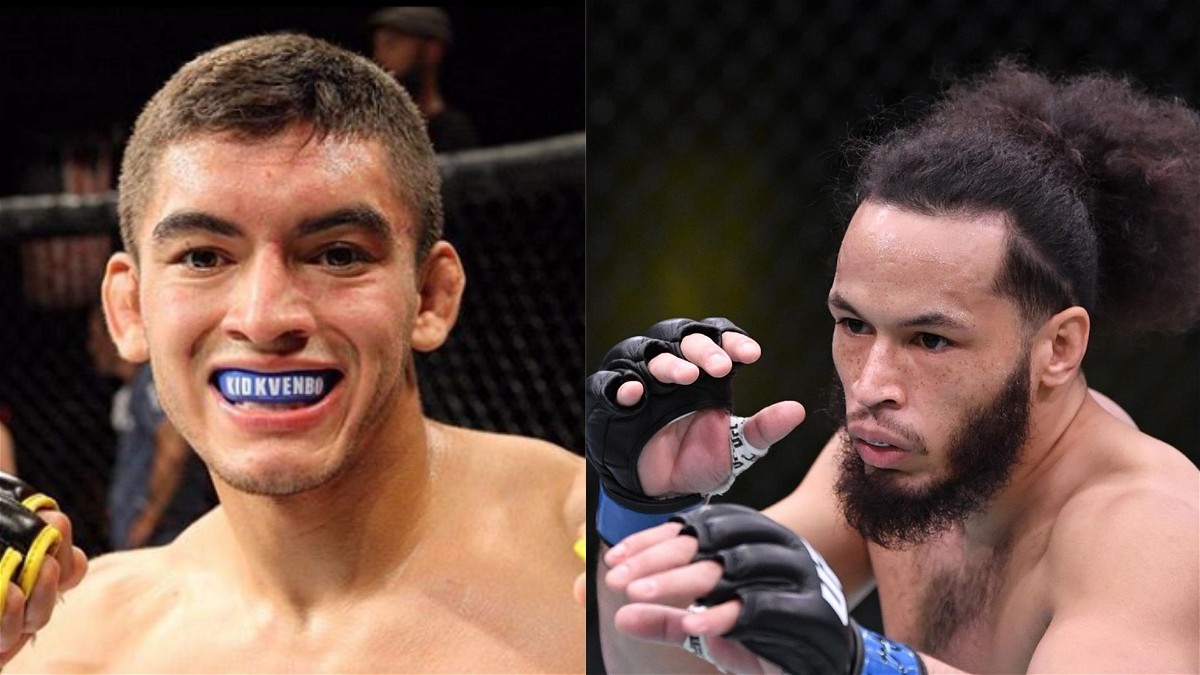 UFC 265: Derrick Lewis vs Ciryl Gane is stacked with superstars and features many exciting fights. As a result, let’s take a look at one of the preliminary fights of this event. Johnny Munoz will take on Jamey Simmons in the opening contest of the prelims for three rounds in the bantamweight division.

Leading up to the fight, both the fighters are coming off a loss in their previous contest. Therefore Johnny Munoz and Jamey Simmons will be looking for their first win in the promotion this weekend at UFC 265. Looking at their previous records, Munoz was undefeated in King of The Cage and accumulated a ten-match winning streak.

However, after he joined UFC, Munoz suffered his first-ever loss in MMA against Nate Maness via unanimous decision at UFC Fight Night in 2020. On the other hand, Jamey Simmons fought in different MMA organizations like IOWA and LFA and earned a well-respected record of seven wins and two losses.

However, he suffered his third defeat in the sport when he made his debut at UFC Fight Night in November 2020. Hence both the fighters would love to prove themselves in a stacked bantamweight division by securing a win. Before analyzing and make predictions, let’s compare the stats of the two fighters that will battle it out in Houston, Texas at UFC 265.

Also Read: “It’s Gotta Be Me” – Michael Chiesa Feels He Gets the Title Shot Over Leon Edwards if He Beats Vicente Luque at UFC 265

This will be the second fight for both fighters at UFC 265. But they will be under a lot of pressure as they have suffered brutal losses in their debut fights. Moving on, if we take a look at both the fighters, it won’t be fair to judge them by their stats of the last fight as they have earned a contract on basis of their performances in their previous organizations.

However, Johnny Munoz will enter into this contest as a favorite. This is because he has a superior record than his opponent and he is also better than Simmons stylistically. Speaking about styles, Kid Kvenbo relies on his grappling heavily and although he lost his debut fight he managed to control his opponent on the ground for 9 minutes, 42 seconds

Moreover, Munoz has won six fights via submission in MMA. Therefore he would probably try to take down his opponent and dominate the match. On the other hand, The Afro Samurai is a good grappler himself and would also have a similar gameplan for this contest. But Johnny Munoz has a small edge in terms of grappling and height advantage. Thus this advantage would certainly affect the outcome of the fight.

Therefore Johnny Munoz is expected to get his hand raised by the referee in what will be a fairly competitive fight this weekend at UFC 265 in Houston, Texas.