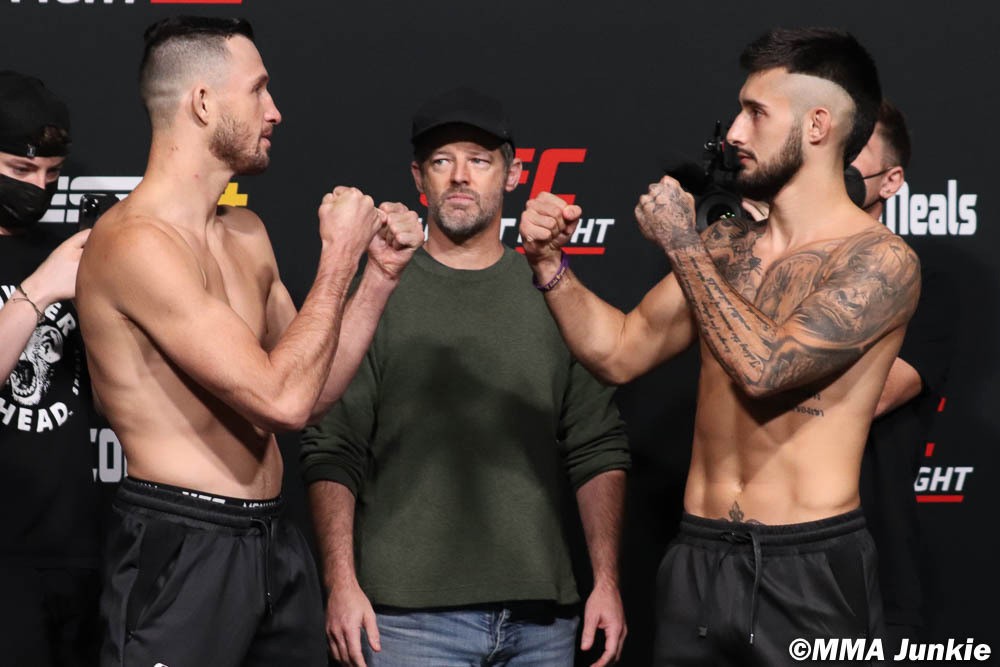 UFC Fight Night: Brunson vs Till will take place at the Apex in Las Vegas in few hours. As a result, fight fans are highly excited to watch this mouth-watering main event clash between the two middleweights. However, apart from this high-profile matchup, there are several other fights that can grab the attention of the fans.

One such fight is the catchweight bout for three rounds between Julian Erosa and Charles Jourdain in the undercard of UFC Vegas 36. Leading up to this contest, a few months back in his last fight Julian Erosa suffered a brutal knockout loss against Seungwoo Choi. Hence he will try to shrug off this loss and try to secure a win under his belt and gain confidence.

Meanwhile, Charles Jourdain will enter the octagon in high spirits as he claimed an emphatic knockout victory against Marcelo Rojo in his last fight this year. Before moving forward and breaking down the fight, let’s take a look at the stats of Julian Erosa and Charles Jourdain that will battle it out against each other at UFC Fight Night.

Both Julian Erosa and Charles Jourdain will be in desperate need of a win as they step into the octagon at UFC Fight Night. Owing to this fact, that Juicy J and Air have had very inconsistent performances in the promotion so far. Therefore a victory here could probably turn around their careers and help them make a mark in UFC. 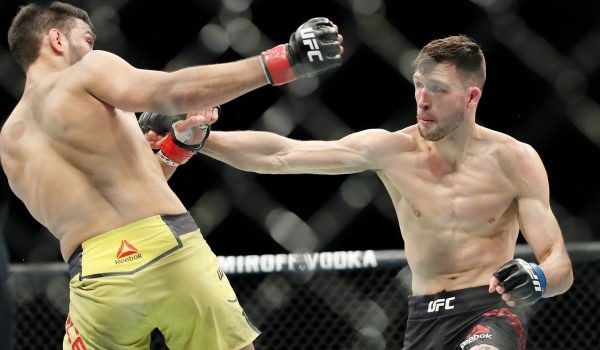 Moving on, as we break down this fight, there are few things common between both the fighters. Erosa and Charles have good striking accuracy and subsequently land a good amount of strikes in every fight. In addition to that, both the fighters also tend to take a lot of damage in return. As a result, this fight could well turn out to be a striking contest and fans might be able to witness a war between these two fighters.

However, Erosa will have an upper hand in this fight because of his superior height and reach advantage. Moreover, Juicy J’s well-roundedness in striking as well as grappling gives him an added advantage. Therefore it is expected that Julian Erosa would get his hands raised by the referee at the end of the fight.