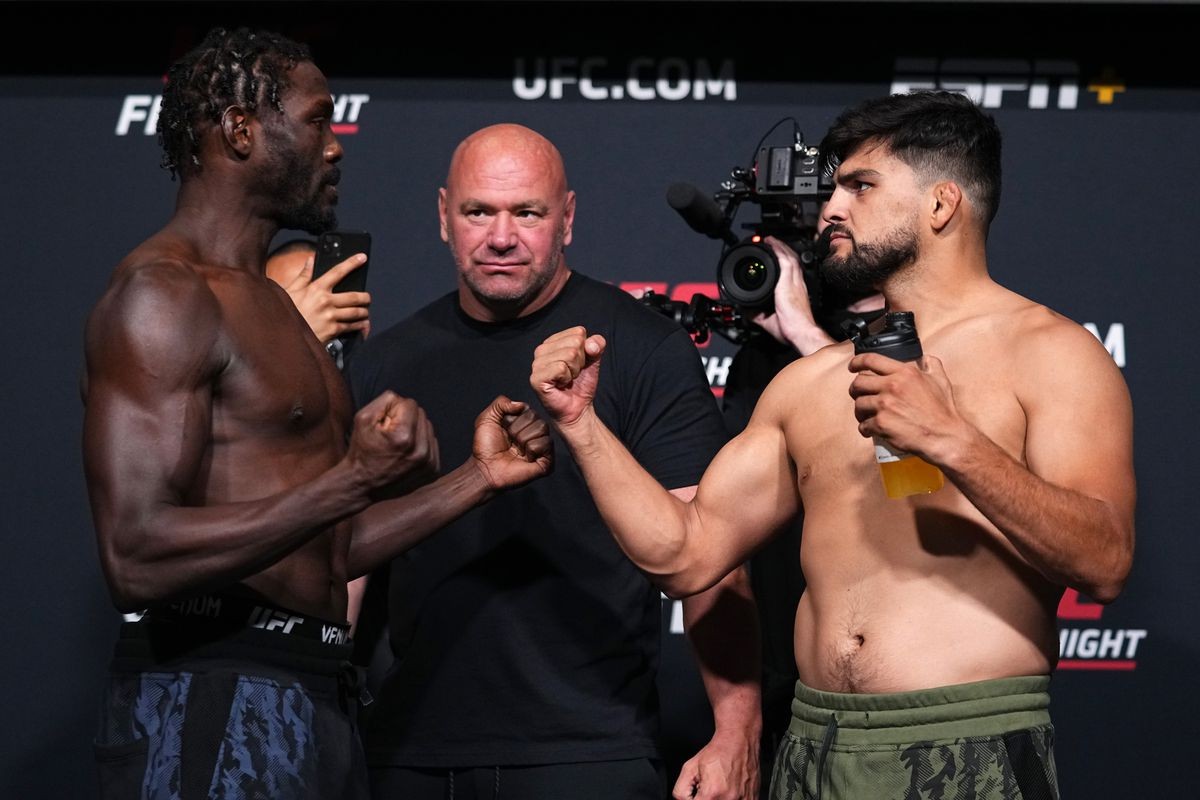 However, Borrachinha pulled out of the fight because he was unhappy with the purse that the promotion had offered him for this fight. Consequently, Gastelum stepped up and as a result, we have an exciting main event on our hands. As we lead up to this contest, both Jared Cannonier and Kelvin Gastelum are coming off a loss from their previous fight.

The interesting fact about their last contest is that both the fighters suffered a loss at the hands of Whittaker. Moving forward, the Killa Gorilla and Kelvin will try to get a win tomorrow and make a case to become the next contender for the title after Whittaker and Adesanya battle it out.

Before breaking down this fight and making predictions, let’s take a look at the stats of the two fighters.

The main event fight between Jared Cannonier and Kelvin Gastelum at UFC Fight is expected to be a barn burner and could have fans rise on their feet. Owing to the fact, both the fighters are very aggressive and are highly skilled fighters. Currently, the Killa Gorilla is ranked third in the division, and Gastelum is placed on the ninth spot on the rankings.

Therefore a win would do a great deal for both the fighters as a victory for Cannonier will help him solidify his stance as a future number one contender for the middleweight belt. Whereas if Gastelum manages to defeat Jared then he will probably break into the top five of the division.

Moving on, let’s take a look at their styles and break down this fight. Jared Cannonier has a significant advantage in terms of reach and hence he will use that to his benefit and maintain a distance to strike. Further, the Killa Gorilla also has a vicious leg kick in his arsenal and has great striking accuracy. Therefore this fight would probably turn in his favour if it ends up in a striking contest.

However, Gastelum is not to be taken lightly as he is very good at closing down distance and taking down his opponents. Therefore he would try to do the same in this fight to gain an advantage. Moreover, he also has good striking power as he has finished several opponents. Although the former middleweight contender has to tread carefully tomorrow as Jared Cannonier possesses great striking power and he could land in trouble if he overextends while closing the distance.

As a result, the Killa Gorilla will have an edge due to his reach going into this contest. In the end, this fight would probably go to the distance. However, it is expected that Jared Cannonier would get his hand raised by the referee tomorrow at UFC Fight Night.