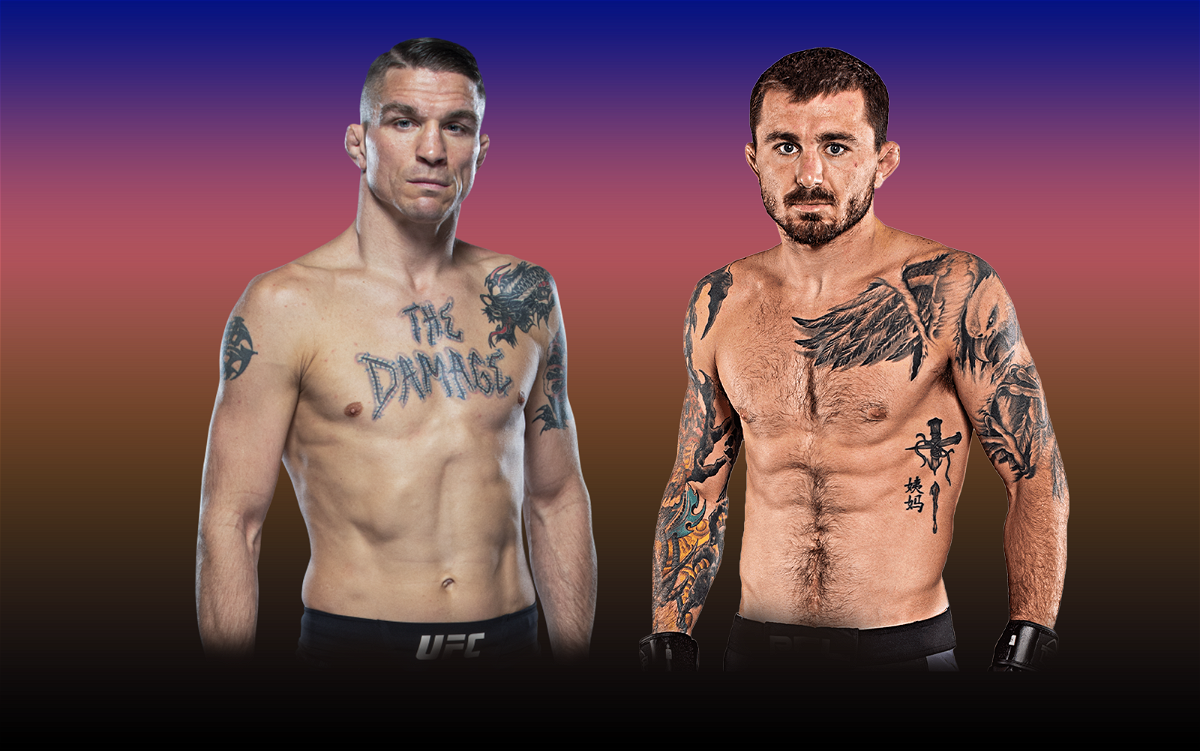 As we are heading closer to UFC Fight Night: Cory Sandhagen vs TJ Dillashaw to start its proceedings. Let’s take a look at one of the fights on the main card of the event. Featherweight contenders Darren Elkins and Darrick Minner will go head to head against each other in a three-round contest.

Both the fighters are currently unranked in the division and as a result, it will be a great opportunity for the winner to make a case and enter into the top 15 featherweights. As we look into the tale of the tape, both the fighters are coming into this fight from a win in their last bout. As a result, The Damage and Minner will be riding high on confidence this weekend.

Darren Elkins who is 37 years old now will put his heart and soul into this contest as this could be his last dance in the promotion. Therefore Darrick Minner will have to vary the skills that the experienced veteran possesses. Before moving on to the analysis part let’s take an extensive look and compare the statistics of the two fighters that will compete in Vegas this weekend.

Both Darren Elkins and Darrick Manner have a great experience as MMA fighters as they have more than 30 fights under their belt. Therefore both fighters will display their vast amount of skill and knowledge when they step into the octagon this weekend at UFC Fight Night.

Now as we break down this fight let’s take a look at how these two fighters match up stylistically. Darren Elkins who has the number of fights in featherweight history is highly skilled in grappling. Furthermore, he has a decent striking accuracy of 38%. On the other hand, Darrick who had a disastrous start to his career after picking up two back-to-back losses has bounced back and is set to make a statement this weekend.


Dinner used to wrestle in high school and he has proved his grappling credentials as he managed to land 4 out of 5 takedowns against Charles Rosa in his last fight. Furthermore, he controlled Rosa on the ground for 12 minutes and 35 seconds. As a consequence, Darrick has a takedown accuracy of 70% in UFC. He will also have one advantage that as The Damage is 37 years old, he won’t be able to compete at the same high-paced level.

But it would be foolish to discredit Darren who proved the world that he is an elite fighter when he won the comeback fight of the year in 2017 when he defeated Mirsad Bektić. However, Darrick Minner will have his hand raised by the referee at the end of the fight via decision.