Charles Jourdain is coming off a spectacular performance against Josh Culibao which resulted in a split decision draw. Jourdain last competed inside the Octagon back in October of 2020. Meanwhile, Marcelo Rojo will make his UFC debut this weekend against a credible opponent like Jourdain. Needless to say, he will look to make a statement in his debut fight. 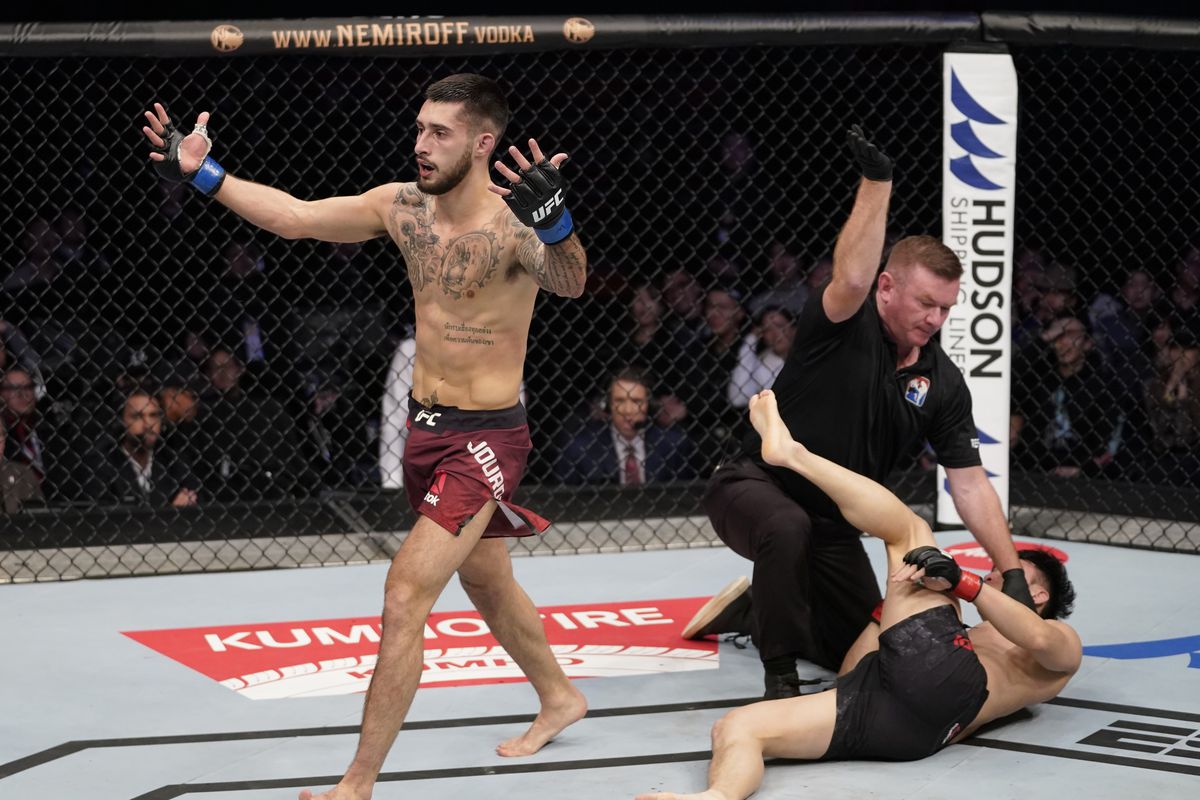 Charles Jourdain will be competing in his 15th professional fight as he takes on debutante Marcelo Rojo in the preliminary card at UFC Vegas 21. Jourdain’s last win came against UFC’s prospect Doo Ho Choi back in December of 2019. Since then, he has lost to Andre Fili by split decision and had to settle on a draw in his most recent fight against Josh Culibao.

While Jourdain might not have picked up a victory for almost a year now, there’s no denying his credibility inside the Octagon. Jourdain is a proficient striker and will look to jump back to the winning picture with a win over Marcelo Rojo.

On the other side, there will be huge pressure for Marcelo Rojo as he will step inside the Octagon for his UFC debut. The Argentinian fighter has earned his ticket to the UFC with an array of finishes to his name. He is coming off a spectacular one-punch KO win and will look to repeat his performance as he steps inside arguably the biggest mixed martial arts promotion, the UFC.

Marcelo was expected to make his UFC debut back in February this year. However, the fight was called off after his opponent tested positive for the dreaded coronavirus. Be that as it may, he is has a fight now and will finally make his UFC debut this weekend.

While it will be interesting to see how Marcelo Rojo fares in his debut at UFC Vegas 21, it is expected that Charles Jourdain will get his hand raised after everything is said and done. Jourdain’s striking prowess could prove to be too much for Rojo. However, he will have to be careful of Rojo’s power.

Be that as it may, Jourdain performs exceptionally well in the face of aggressive fighting as seen during his fight against Doo Ho Choi. If we are to believe that Marcelo will look to send a statement with a quick finish, there’s a high chance that Jourdain will get a stoppage win over the debutante Marcelo Rojo.