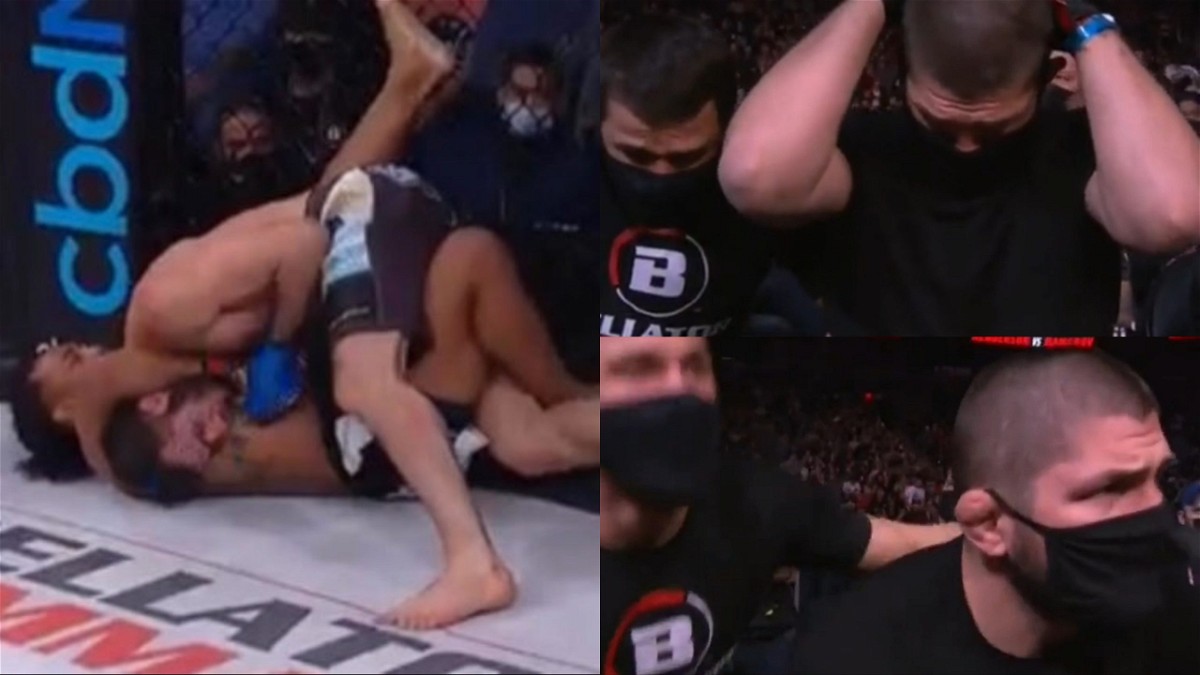 Khabib Nurmagomedov almost suffered a heart attack during Bellator 273! His teammate Islam Mamedov took on former UFC lightweight champion and veteran fighter Benson Henderson. Islam was a massive favourite coming into this fight with a record of 20 wins, 1 loss and 1 draw. Hence he was expected to run over the 38-year old veteran.

However, that was not the case in this fight. It was a chaotic fight from start to finish. Both fighters had their moments. But ultimately it was Henderson who walked away with a split decision victory. Following the fight, he hinted towards possibly hanging up his gloves for the good after a 16-year long career.

During the fight, there was a sequence when Benson had Mamedov in a tight guillotine choke. Although he eventually survived and managed to finish the fight, Khabib Nurmagomedov was extremely tense. He could be seen holding his head while Mamedov was in the submission. The former 155lbs jumped up in the air in joy after his teammate was able to escape the submission attempt.

Benson Henderson talks about a fight with Khabib Nurmagomedov

After the event, Benson Henderson addressed the press. During that, he was asked about what a fight between him and Khabib Nurmagomedov might have looked like in his prime.

In answer to that, Henderson added, “I think against Khabib, I would have tried my best to do the exact same thing I did to Mamedov today. Khabib is pretty darn good. If I give up my back to Khabib, it’d be another story…. I think Khabib would be a fun fight. Maybe one of these days, we’ll train against each other. We’ll get it on video and put it on YouTube for free.”

Although, the fight will never take place as both of them are under contract with rival promotions. But the respect between the two is immense as Khabib shook Benson’s hand after the fight. As for his next move, Henderson talked about a possible retirement in the future.