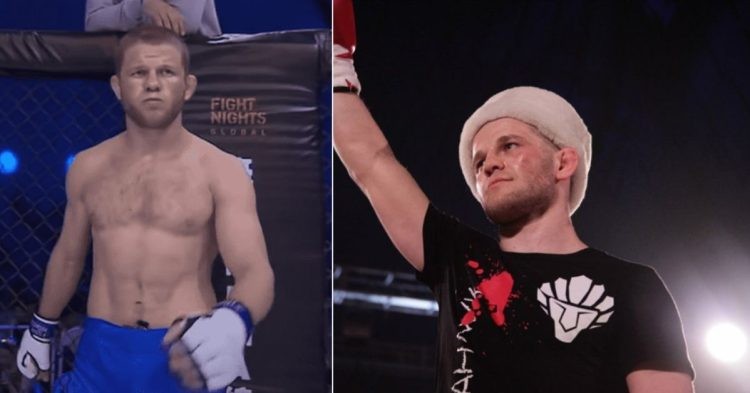 MMA fighter Alexander Pisarev was found dead in his apartment by his father. He was 33. According to reports, he succumbed to death after eating a poisonous watermelon.

“Alexander Pisarev died in his sleep and did not have any chronic health problems. According to preliminary data, death was the result of food poisoning.” A member of the Tomahawk team, who remains unnamed, told the Russian news agency TASS.

The incident occurred on October 30. Pisarev’s father Igor Vladimirovich, was returning to the apartment after walking his dog. He found both Pisarev and his wife. The former passed away, while the latter was immediately taken to the hospital.

“I looked into the room — Alexander and his wife were sleeping. I came closer and then realized that my son was no longer breathing.” Pisarev’s father told the media outlet, Pravda.

Needless to say,  there are conspiracy theories doing rounds and an investigation is underway. Pisarev’s father has this to say about the injuries on Pisarev at the time of his death. “There were fractures of the fingers after the last fights, but this is nothing. We all eat the same food, we live together.”

Pisarev’s relatives have maintained that he was in good health and was not suffering from any chronic disease.

Pisarev is a former Moscow champion in hand-to-hand combat. A seasoned grappler, Pisarev has competed in the Absolute Championship Berkut and Fight Nights Global or AMC Fight Nights.

Pisarev boasts a record of 3 wins and 2 losses in his mixed martial arts career. His last fight came against Maxim Usoyan at RCC – Road to the PFL back in February 2020. He lost the fight via submission in the first round.

Prior to this, he was on a three-fight winning streak. At just 33 years of age, Pisarev had a bright future ahead of him, and his death has sent shockwaves in the MMA community.