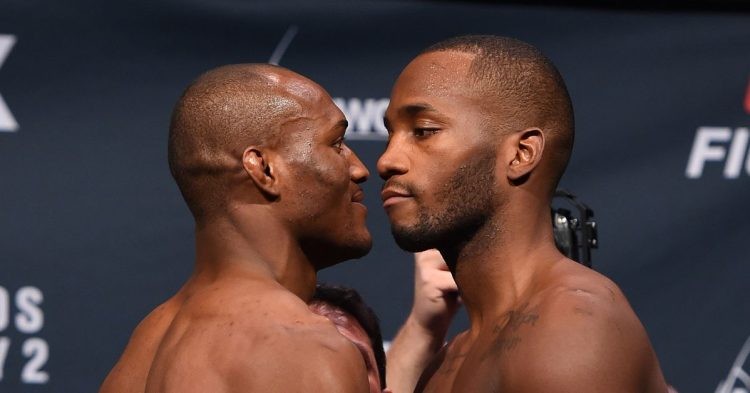 Kamaru Usman will take on Leon Edwards at UFC 278 on August 20 in Salt Lake City, Utah. The UFC Welterweight Champion will make his return to the Octagon to mark his sixth title defense. Usman last competed inside the Octagon back in November of 2021, where he picked up a unanimous decision victory over Colby Covington.

Meanwhile, Leon Edwards last competed inside the Octagon more than a year ago. He was last seen in June of 2021. Edwards is coming off a comfortable win over Nate Diaz and is currently on an incredible nine-fight win streak.

This rematch comes with much higher stakes 🏆@Usman84KG vs @Leon_EdwardsMMA

Surprisingly enough, Edwards’ last loss came against Kamaru Usman back in December of 2015. On other hand, Usman is on an impressive 19 fight win-streak, off which 15 have come inside the UFC Octagon.

It’s an exciting match-up, and it’s safe to say after everything is said and done, one fighter will have to let go off of his winning streak.

Usman vs Edwards was being targeted for quite some time now. However, it was delayed after Kamaru Usman had to go through surgery on his right hand. It goes without saying, Kamaru Usman is perfectly fit now and the Nigerian Nightmare will look to further cement his legacy as the pound-for-pound best with another title defense to his name.

However, it will be easier said than done. Leon Edwards is possibly the most complete stand-up fighter in the UFC’s welterweight division. Even in his loss against Usman, Edwards showed great takedown defense and proved to be quite a test for the Champion.

It must be said, both the fighters have evolved tremendously since their last fight, and while Usman has remained more active and has shown an improved overall skillset. But if there’s someone who can out-point Kamaru Usman and win the fight on the judges’ scorecards owing to his fight IQ and temperament inside the cage, Edwards gets the W.