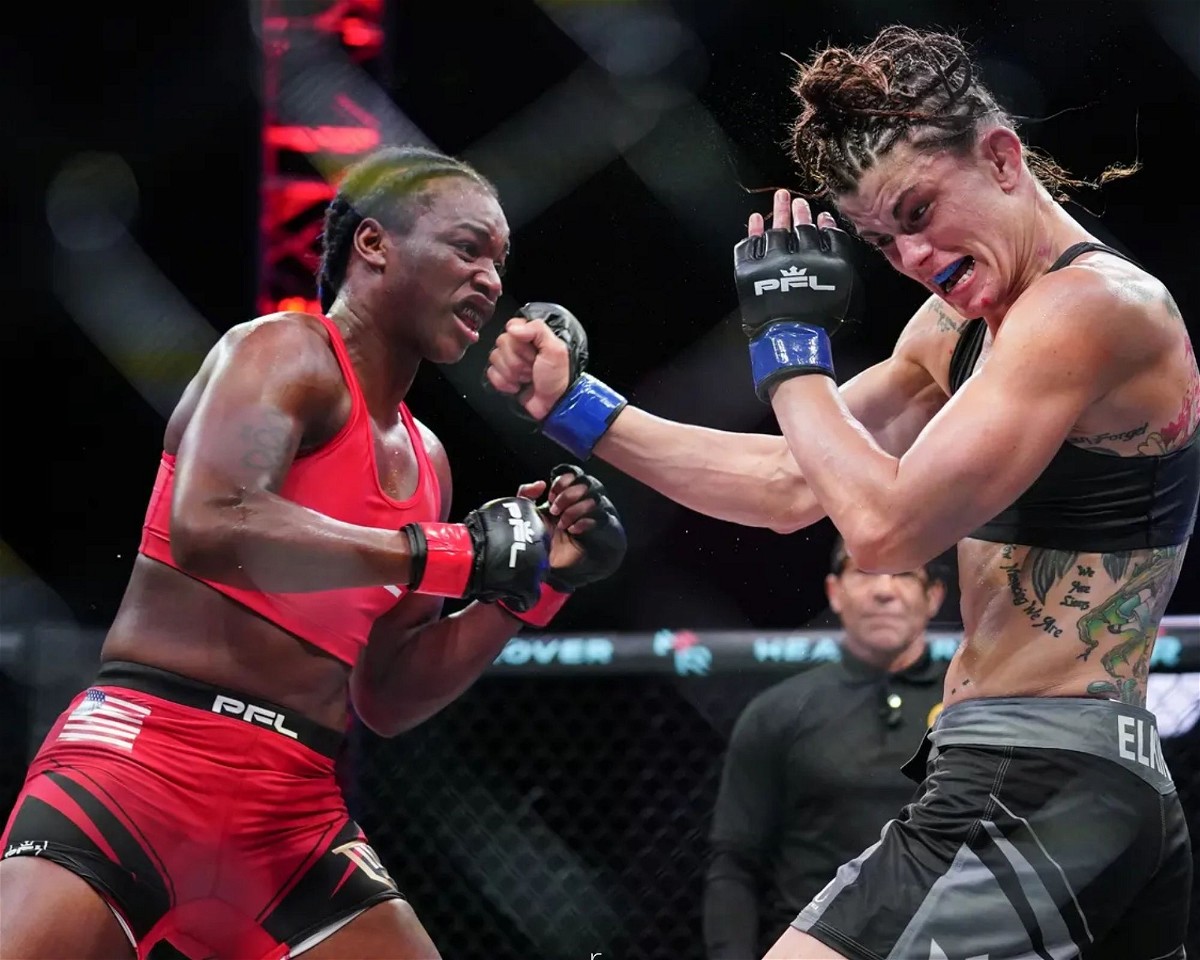 Claressa Shields is one of the most prominent faces in the women’s professional boxing world. However, the fighter has recently chosen to try her hands out in MMA as well. Considering her class in boxing it is certainly a progressive step towards testing her skills and abilities.

So, let’s take a look at the two-time Olympic champions MMA journey so far.

It was in November 2020 when Shields signed a contract with the PFL. She signed a three-year contract expecting her debut in the year 2021. As of now, she has fought a total of two fights in the promotion and has lost and won one fight.

Claressa made her MMA debut against Brittney Elkin at PFL 4  on June 10, 2021. Elkin dominated her with strikes in the opening round. Soon after Elkin connected with a powerful right hand in the second round which rocked Shields for seconds.

However, she managed to come out of it and backed her boxing. Even though Elkin looked to capitalize on Shields’ weakness in grappling, Claressa remained headstrong and displayed her physical toughness. She managed to fight back on the feet and then attacked Elkin with her vicious hands.

Shields then adopted Elkin’s game plan and tried to take her down.  Once Elkin’s was down, Claressa started throwing her vicious ground and pound. Brittney was unable to defend herself and thus allowed the referee to give a TKO victory to Shields.

With this win, Shields started her MMA journey with a bang and then got ready to fight Abigail Montes at PFL 10.

Shields started the fight with vicious overhand rights, but most of them missed their targets as the 21-year-old Mexican dodged properly. However, Shields won the opening round on all three scorecards. But, Montes started exploiting Claressa’s grappling skills. She took down her opponent twice, one in each of the remaining rounds.

When the scorecard came out, Shields got 29-28 in her favor from one judge. But, the other two had it 29-28 for Montes. Later, Shields accepted that it was the ground skills that played a vital role in her defeat. Currently, Shields has a record of 1-1 in MMA fighting and is waiting for her next MMA bout.