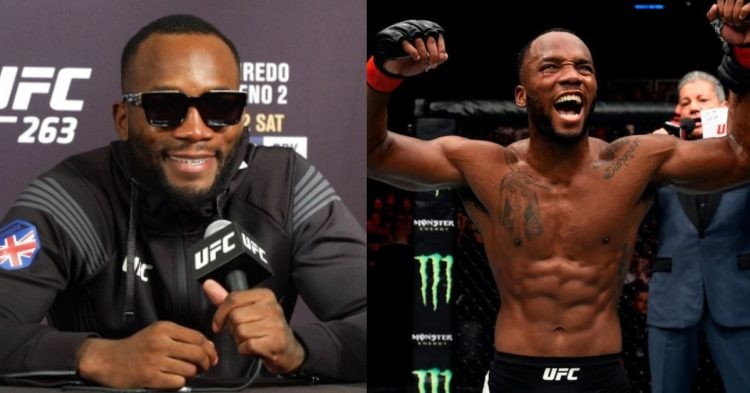 Leon Edwards will step inside the octagon this weekend on August 20 to challenge Kamaru Usman for the welterweight title in a five-round main event bout at UFC 278. This highly anticipated rematch will take place at Vivint Arena in Salt Lake City, Utah.

Rocky is on a nine-fight winning streak and will consequently, look for redemption in this rematch after The Nigerian Nightmare outclassed him in their first meeting back in 2015. As we lead up to this big clash, BT Sport has released a documentary of the British fighter which showcases his MMA journey.

In this video, Edwards revealed how getting into Mixed Martial Arts saved him and his brother’s life as they were constantly getting into street fights and were arrested by the police during their childhood days.

“MMA saved my life and showed me a different path. Same with my little brother as well when I was on the street getting into trouble he was following the same path as me. Getting arrested and actually went to prison. When he came out he got into MMA as well and it changed his life around.”

Leon Edwards reveals the reason behind getting into MMA

While having a conversation with BT Sport, Leon Edwards said that he always got into trouble during his teenage years and how his mom bailed him out every time he was arrested for knives or street fights. Thereafter Rocky revealed that his mother was the reason behind him changing his path from being a troublemaker to getting into MMA.

“She suggested MMA and I said cool I’ll give it a go for you. She signed me up and then I just fell in love with it.”

Later in the video, Leon said how he researched the sport and found out that there is money in it and pursued MMA as a career. It is needless to say that the British fighter has gone through several bad phases in his life, be it the passing away of his father during his childhood or suffering an eye injury that kept him out of the octagon for more than a year.

In the end, Rocky has dealt with all the difficulties and overcome them. Consequently, he has finally got the opportunity that he deserves as he will contend for the UFC welterweight championship against Kamaru Usman at UFC 278.

Do let us know below in the comments section who you think will emerge victorious in this five-round main event title bout.