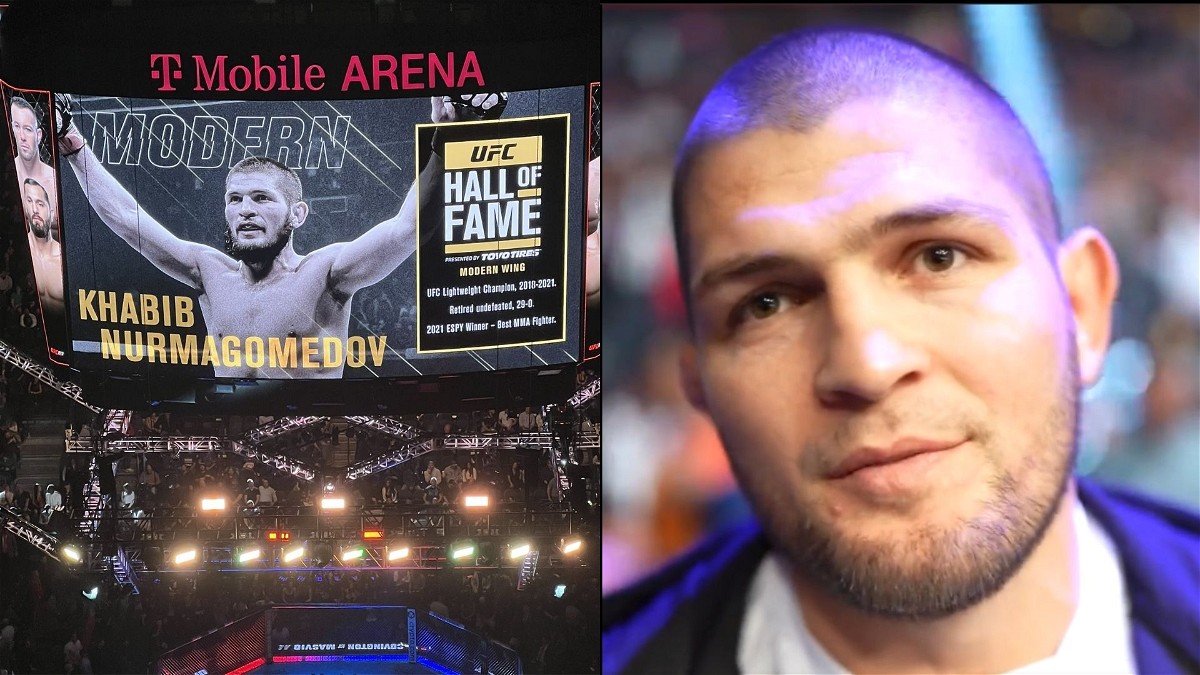 Khabib Nurmagomedov will be inducted into the UFC Hall of Fame Class of 2022, UFC announced during the live broadcast of UFC 272: Colby Covington vs Jorge Masvidal. It goes without saying, it once again confirms that Khabib Nurmagomedov might never return for a comeback fight, having retired 29-0, undefeated, as the undisputed UFC lightweight champion.

Khabib Nurmagomedov was present in the crowd inside T-Mobile Arena for UFC 272: Covington vs Masvidal. The former UFC lightweight champion announced his retirement from mixed martial arts back at UFC 254 after his second-round submission win over Justin Gaethje. An emotional Khabib Nurmagomedov expressed he has lost his desire to compete, having gone through the tough journey of training alone for the first time following the demise of his father and coach Abdulmanap Nurmagomedov.

The surprise of his Hall of Fame induction has left @TeamKhabib “speechless” ????

Will Khabib Nurmagomedov ever return to the Octagon?

Khabib Nurmagomedov has clearly stated that he has no desire to compete inside the Octagon anymore. However, recently he opined there’s one way that we could see him compete in the UFC once again.

In a scenario where Islam Makhachev is the UFC lightweight champion, and Conor McGregor is able to get past him, and emerge as the new champion, Nurmagomedov confirms that he will come back to take on the Notorious, and take his record to 30-0.

However, Nurmagomedov believes that won’t be the case since he believes Islam Makhachev will get the better of Conor McGregor if they ever square off inside the Octagon.