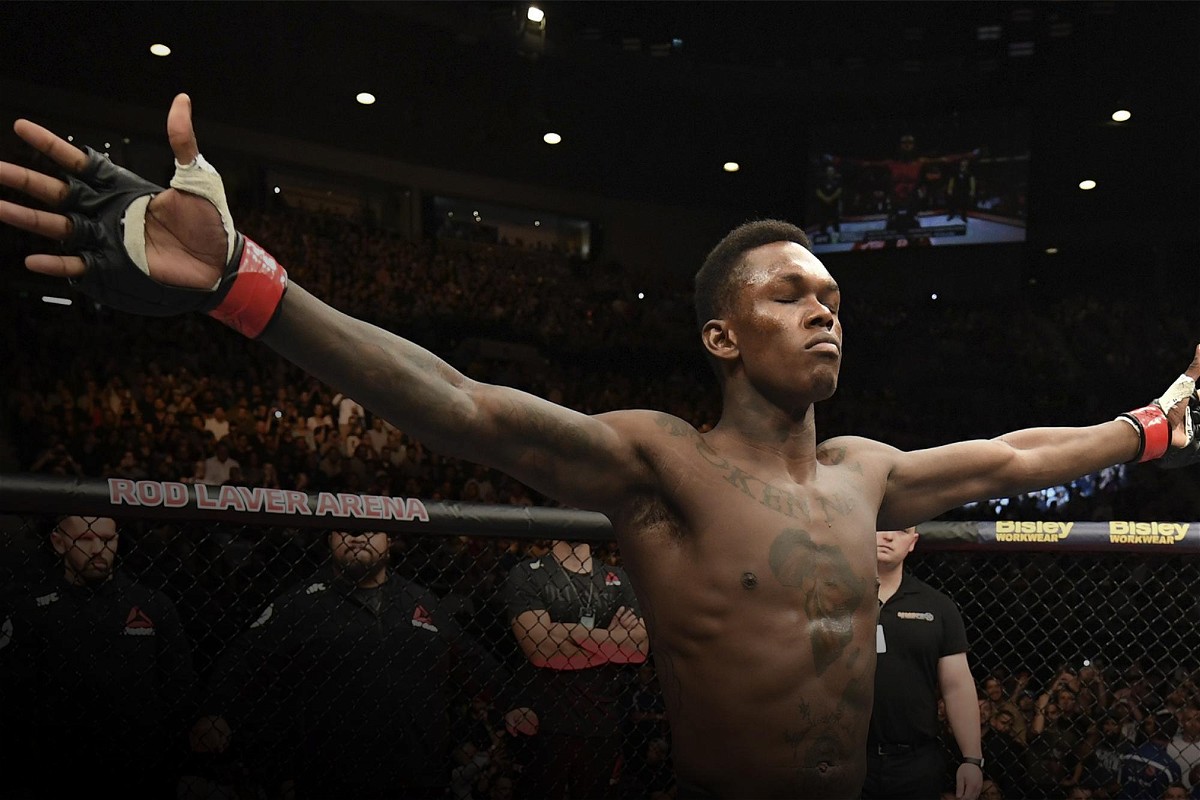 While names like Michael Bisping, Robert Whittaker, and Luke Rockhold can be thrown into the mix, it’s safe to assume that the debate around the greatest Middleweight fighters falls under three names: Israel Adesanya, Anderson Silva, and Chris Weidman.

Anderson Silva and his achievement inside the octagon will remain untouched for a long time to come. Adesanya has stated that he has no plans of running behind what Silva achieved inside the octagon, and but would like to go down on the same lines as the great Spidey. Silva’s achievements inside the octagon include a record-setting 16 consecutive victories during his undisputed title reign. This record lasted over 2000 days.

With notable victories against some of the greatest mixed martial artists in the form of Chael Sonnen, Vitor Belfort, Demian Maia, and Dan Henderson among others, Anderson Silva is a name synonymous with mixed martial arts. However, Anderson Silva dropped the title belt to Chris Weidman. Silva’s track record since then has been five losses in seven fights. The Brazilian fighter has struggled to make an impact inside the octagon.

Additionally, Silva tested positive for steroid use during his fight against Nick Diaz which further tarnished his once-dominant reign. Anderson Silva is 45 and continues to compete against the absolute best that the division has to offer. He will take on Uriah Hall in his retirement fight and will look to leave the octagon with flying colors.

The fight world was lucky to witness Anderson Silva and Israel Adesanya take on each other in the main event of UFC 234.

Recently Chris Weidman claimed that he has what it takes to dethrone Israel Adesanya. Weidman stated that his wrestling pedigree gives him an edge over Adesanya, and added that he is just “another Silva without the black belt.”

The black belt remark was also used by Paulo Costa in the lead-up to UFC 253. However, Israel Adesanya answered his critics with a stoppage victory the undefeated Brazilian fighter to extend his MMA record to 20-0. With this win, Adesanya has notable victories over some of the most prominent names in the UFC Middleweight division.

Israel Adesanya is the GOAT!

After being repeatedly poked for his lack of knockout power, Israel Adesanya continues to prove his critics wrong with back to back stoppage victories. Adesanya shocked the world when he became the first fighter to get a KO victory over Robert Whittaker at UFC 243. At the time, Robert Whittaker was enjoying a nine-fight win-streak.

Additionally, he was undefeated in the UFC Middleweight division with his last loss coming against Stephen Thompson at the Welterweight division.

Israel Adesanya has wins over five fighters in the top-10, including the likes of Anderson Silva, Derek Brunson, Kelvin Gastelum among others.

There’s no denying Adesanya’s kickboxing pedigree. He is an extremely talented kickboxer with a world-class striking game. Adesanya’s transition to MMA after being a multi-division kickboxing Champion has been nothing short of spectacular.

He is patient, crisp, quick, and sharp in his attacks. After being thrown to the deep waters by Vettori early in his career, Adesanya has significantly improved his takedown defense.

What makes Adesanya different from other fighters is his fight IQ. He is extremely patient and doesn’t like to rush into his opponents. He is an extremely proficient counter-striker and continues to impress with his striking game. Adesanya is only getting better day by day. Now there’s an argument to be made that he could go down as arguably the greatest Middleweight fighter ever.