Israel Adesanya burst onto the UFC scene with an explosion, becoming undisputed champion in about a year and a half since his debut. While he is gaining popularity from his fighting style, it is also quite fan-friendly. He has a flashy style of kickboxing that landed him with comparisons to several veteran UFC fighters and he has since put some of the big names of this unforgiving sport to the canvas and emerged victoriously.

When The Stylebender first went head to head with an opponent inside the octagon, he wasn’t considered as one of those who had a lot of feet work going on while fighting an opponent. Chael Sonnen on his Youtube channel once discussed the entire journey on how Adesanya’s groundwork has improved ever since he made his debut in the UFC.

Now, it’s no secret that Adesanya’s wrestling has not always been his strong suit but what’s impressive is how Adesanya addressed his weakness and has worked really hard to never be defeated because of his footwork.

Although we have seen little of Adesanya’s ground game thus far — ‘The Last Stylebender’ gave us a brief – but impressive – showcase of his Brazilian Jiu-Jitsu skills against Kelvin Gastelum at UFC 236. Additionally, despite the lackluster performance, Adesanya showed a great performance against Jan Blachowicz, escaping any kind of onslaught from the Polish fighter.

“I could have done boxing and do the blueprint. Fight some journeymen, some bums, fight local champions, climb the ranks. You know, fight like Australian and oceanic champions, climb the ranks, the blueprint. Build your record up and then fight the world champion and get a belt. I could have done that in kickboxing, but I know in my heart, my soul if I faced up against a guy with a different style, a judo guy, a jiu-jitsu guy in the streets…who’s going to break it up in the clinch? If someone’s leg kicks me and I don’t know how to check a leg kick, what’s going to happen?”

Israel Adesanya is working on his grappling skills

UFC middleweight champion Israel Adesanya has released a vlog series ahead of his third title defense against Marvin Vettori. “The Last Stylebender” will look to make it 2-0 against Vettori, whom he outstruck in their first fight at UFC. Vettori hasn’t lost since and is confident he’s the man to beat Adesanya at middleweight. 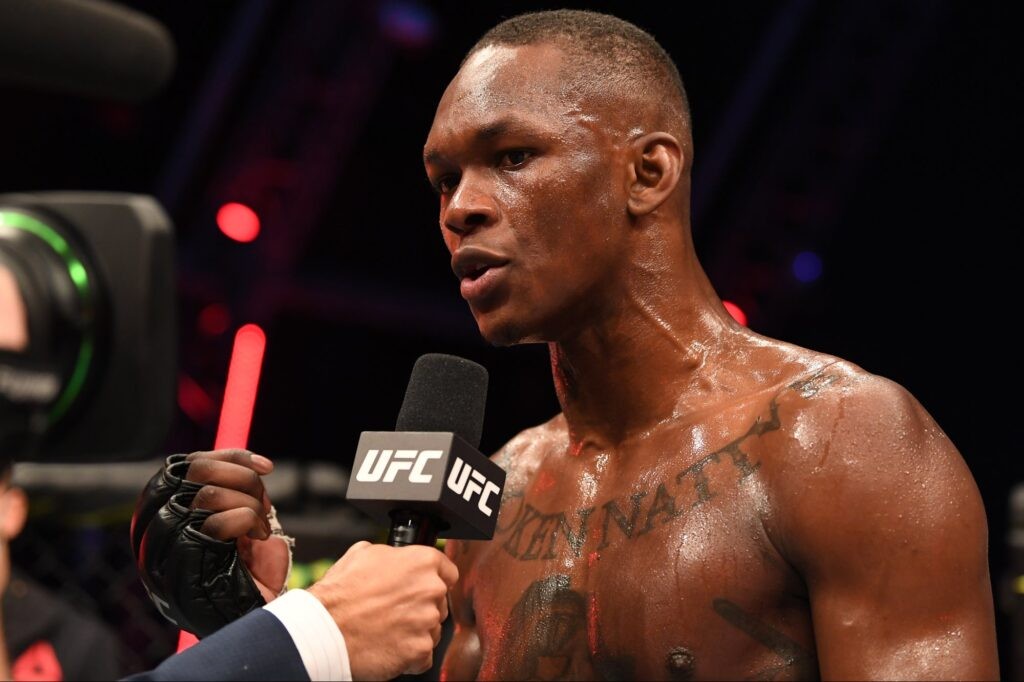 In the first installment in this vlog series, Adesanya was seen training at City Kickboxing and its wrestling coach Andrei Paulet seem intent on fixing the biggest perceived weakness in his star pupil’s game by adding new wrinkles to the champ’s grappling skills.

Adesanya’s loss to Jan Blachowicz has created a perception that grappling is still a major weakness in the former’s game. Much of the intrigue surrounding the rematch stems from the success Vettori had on the ground against Adesanya when they last fought.

Read More: Floyd Mayweather vs Logan Paul Full Match Card: Who Else Is Fighting on The Next Mayweather PPV