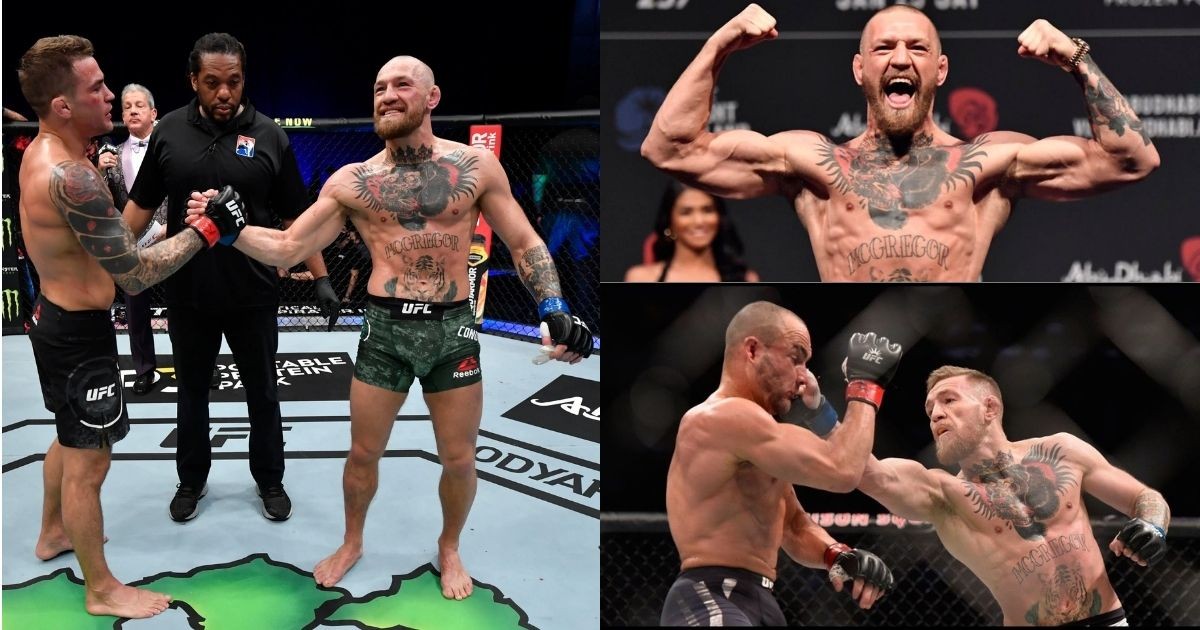 Conor McGregor had a tough time before making his way to the grandest stage in the world of MMA and becoming the most popular fighter in the history of the sport. The former dual champion currently rules the UFC and has made and broken countless records. He continues to reign at the top of the popularity charts.

McGregor showed why he is the best after he registered the highest gate, highest PPV numbers, and the fastest finish in a UFC PPV last year in 2020 when he took on MMA veteran Donald Cerrone in the main event of UFC 246.

With 1.36 billion PPV buys, McGregor triumphed over the likes of Jorge Masvidal, Jon Jones, Israel Adesanya, and Daniel Cormier to register the feat.

However, life wasn’t this extravagant all the time. McGregor has earned every penny that he spends today on his lavish lifestyle. He rose from the ranks with back to back stoppage wins and has earned the respect of fight fans around the globe. Here are all the jobs McGregor had before making his way to the UFC as a mixed martial artist.

Conor McGregor used to work as a Plumber

It was shortly before he met Devlin that McGregor had decided to pursue MMA as a profession. Needless to say, Devlin was in complete support and has remained with McGregor throughout his impeccable journey.

“I was waking at 5 am and walking in the dark, freezing cold until I reached the motorway and waited for a guy I didn’t even know to take me to the site … I know there are passionate, skilled plumbers. But I had no love for plumbing.” McGregor told The Guardian.

McGregor even picked a $235 cheque before his first UFC fight where he made his presence felt with a first-round stoppage over Marcus Brimage. Nothing came easy for the former champion, who even went against his parent’s decision to pursue a career in mixed martial arts.

While the younger years were tough for him, McGregor’s childhood also had its fair share of problems. McGregor was bullied as a kid and often carried dumbbells in his school bags rather than books to fight off the bullies.

Needless to say, McGregor’s journey has been nothing short of an inspiration to many who wants to be successful in their life. Conor McGregor continues to inspire and will go down as arguably the greatest mixed martial artist of all time.