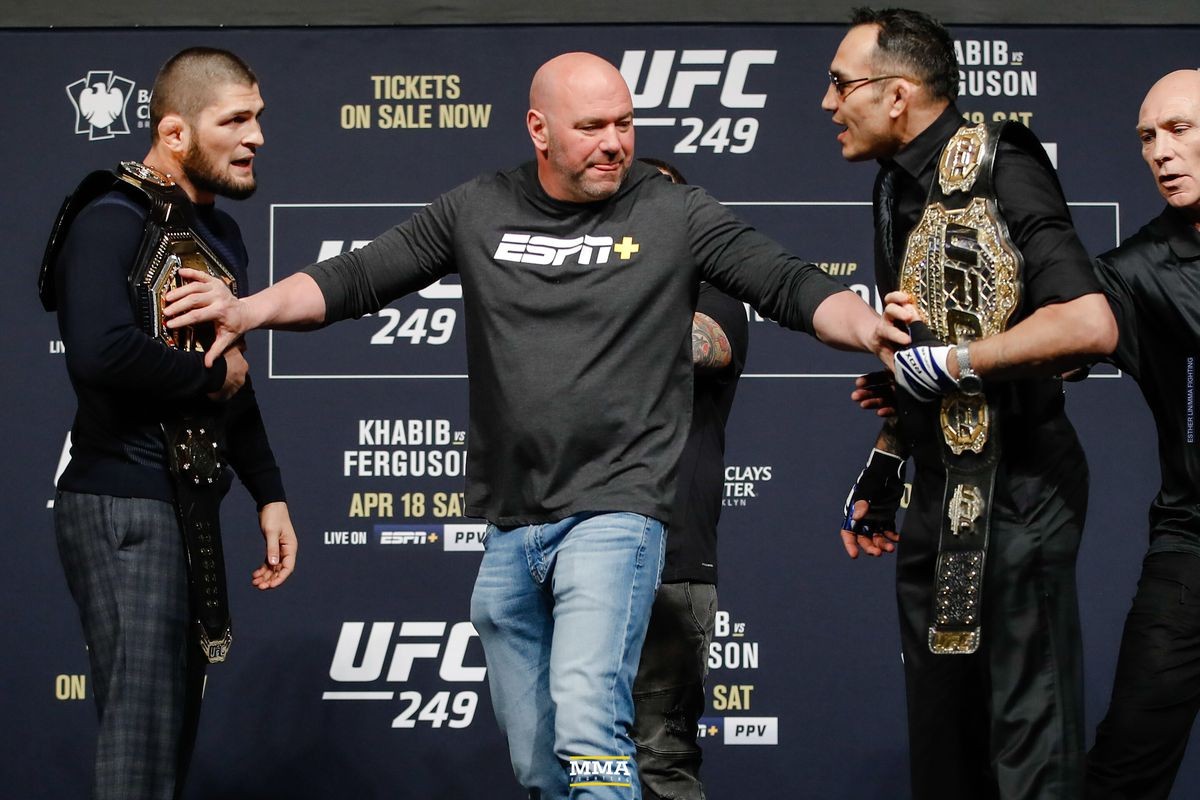 Conor McGregor appeared alongside The Mac Life and finally broke his silence on Khabib Nurmagomedov’s retirement. “How you could walk away at this stage is baffling to me but to each, their own” McGregor said and further added that Khabib failed to make weight during his last title defense against Justin Gaethje at UFC 254.

However, what stood out was McGregor’s claim that Nurmagomedov was trying to duck Tony Ferguson even when he had the chance to face the former interim champion on multiple occasions.

“Even to carry on around the Tony situation… You are scheduled to fight a man, no matter what fight must take place. You can’t just scurry away from belts. It’s been the hallmark of his approach.”

Both Khabib and Tony have been scheduled to take on each other on four occasions in the past. However, the fight could never see the light of the day. Now, with Khabib retired and Ferguson looking like he is past his prime, it’s very unlikely that both the fighters will face each other inside the Octagon.

Conor also claimed that Khabib Nurmagomedov may have cheated during his weigh-in for the Justin Gaethje bout, and called his behavior on the scale “very skeptical.”

While the remarks are not surprising considering the bitter rivalry between both the fighters, they certainly shed some light on Nurmagomedov’s approach. It might be wrong to say that Nurmagomedov ducked Tony Ferguson, something even the El Cucuy has repeatedly claimed, many fight fans believe that there was always a possibility for both the fighters to face each other.

Additionally, Nurmagomedov has always looked welterweight and has a solid physique for a lightweight contender. He weighed in on the scale with a towel in both his bouts against Durin Poirier and Justin Gaethje.

Be that as it may, such claims are baseless considering the bitter talk and allegations are quite normal between two fighters, and considering Nurmagomedov and Conor’s past, it’s not a surprise to see Conor Mcgregor make such serious allegations against arguably the greatest mixed martial artist of all time.