Gamebred – What is the Meaning of Jorge Masvidal’s Nickname

Ever wondered what “Gamebred” means in Jorge Masvidal’s nickname? The former welterweight title challenger is called “Gamebred” because it speaks volumes about the character of the man, Jorge Masvidal. 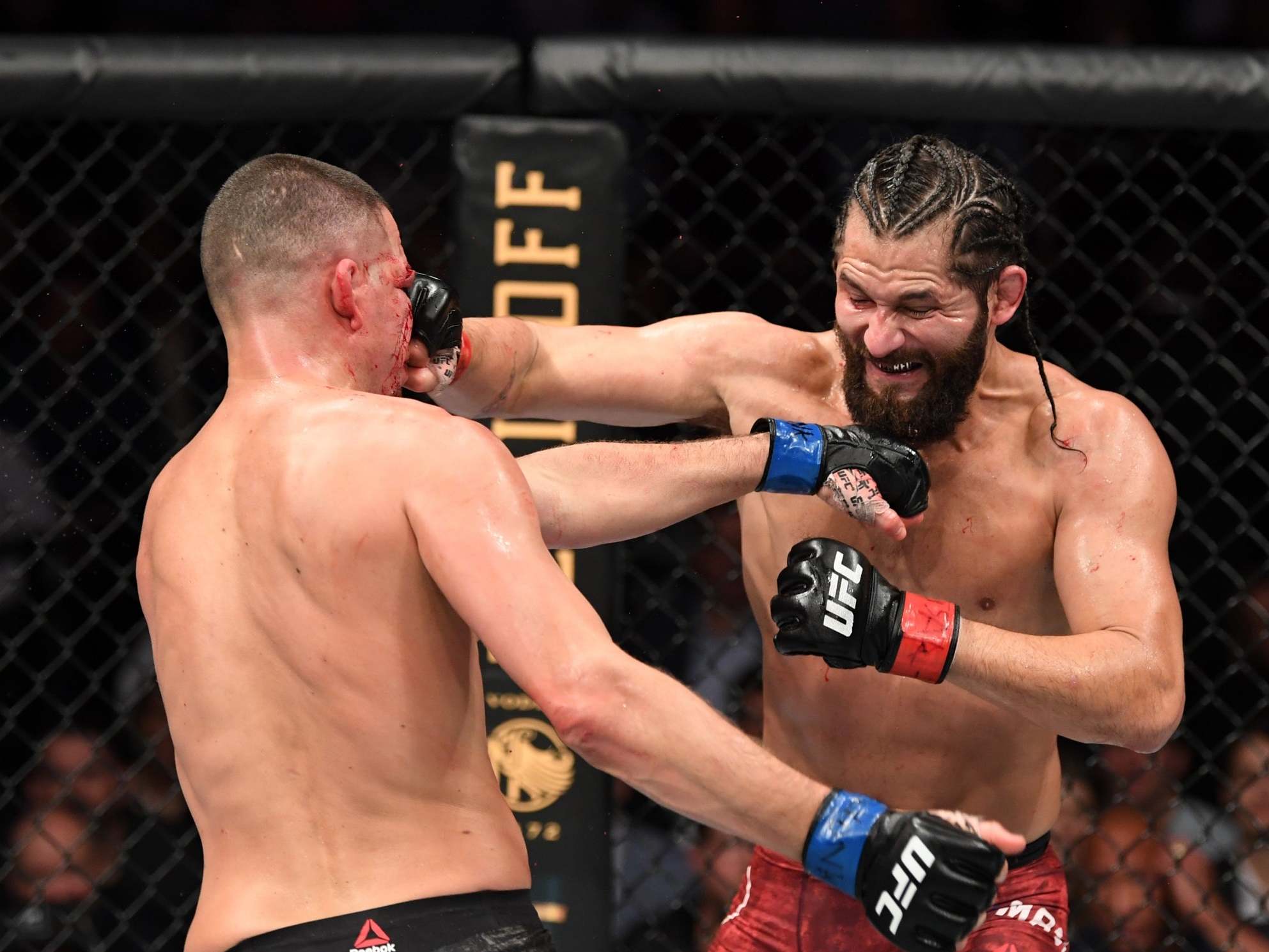 Jorge Masvidal’s brother helped him come up with this nickname.“Game means the ability to fight through pain and fatigue. It’s not about how high your skill levels are, or if you’re good, bad, or world champion. It’s just your ability to fight through pain and fatigue. Bred is just, you have a pit bull and another pit bull – you bred a pit bull, you know?” Masvidal revealed.

Also Read: Khabib Nurmagomedov is a Strong Contender for 2021 Coach of the Year

Needless to say, Jorge Masvidal has always stood true to his nickname. Masvidal’s rise in the mainstream MMA can only be credited to his spectacular KO win over England’s favorite Darren Till. However, it was a flying knee KO of Ben Askren that plummeted his growth to fight fans around the world. It was a matter of time before Nate Diaz also expressed his interest in fighting Jorge Masvidal as both the fighters headlined Madison Square Garden for the symbolic “BMF” title.

Masvidal’s journey has been nothing but his willingness to be “game” about MMA. Rising from the backyards, and training with Kimbo Slice, Gamebred fighter is a true pioneer of the sport.

What is the meaning of Gamebred?

Jorge Masvidal was “game” enough to take on the undisputed welterweight champion of the world Kamaru Usman on six days notice back at UFC 251. Needless to say, his popularity among fights fans resulted in 1.2 million pay-per-view buys for the UFC which was the second-highest PPV of 2020 after Conor McGregor‘s return against Donald Cerrone at UFC 246.

Also Read: What is the Biggest Takeaway From Last Three Wins of Jorge Masvidal

Jorge Masvidal has taken on some of the greatest mixed martial artists of all time. It has been a rough journey for Masvidal coming from the backyard to becoming a global superstar. Gamebred fighter has competed in 49 professional mixed martial arts fights and has 35 victories to his name.

What are the other nicknames of Jorge Masvidal?

Jorge Masvidal has a bunch of other nicknames partly because of his appearance and his choice of words during the press conference. Masvidal is also called “Street Jesus.”

Masvidal has often used the word “baptize” to denote knocking an opponent out to sleep. Masvidal is intimidating and UFC President Dana White felt the same when he came face to face with Gamebred during face-off for UFC 254 at Fight Island.