Islam Makhachev has gained a massive fan following of his own, ever since his incredible unanimous decision victory over Davi Ramos back at UFC 242. A close friend to current undisputed lightweight champion Khabib Nurmagomeov, many believe that Islam Makhachev is the future of the UFC’s lightweight division. In what was a hilarious moment inside the Octagon, Makhachev called out former heavyweight champion and arguably one of the greatest combat sports athletes of all time Brock Lesnar. You heard that right! 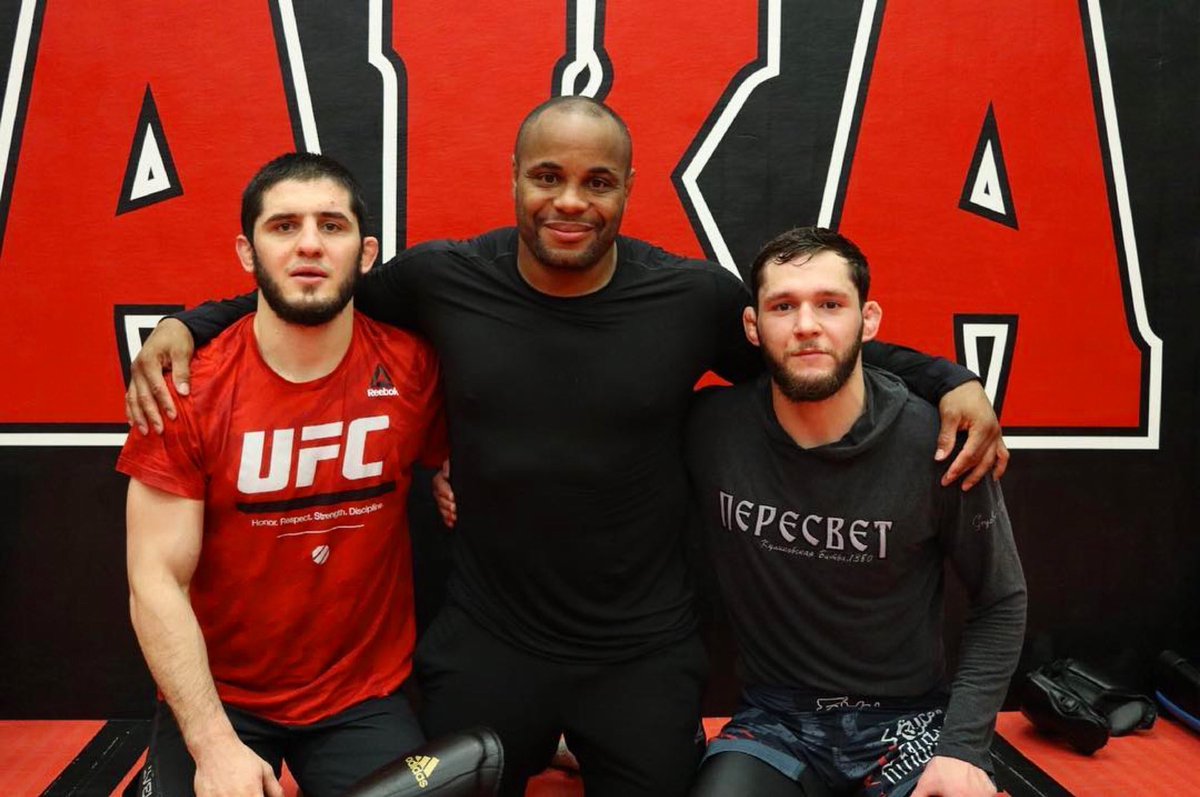 Makhachev took on the microphone after his emphatic first-round submission win over Kajan Johnson back in April of 2019. Makhachev was accompanied by Khabib Nurmagomedov who could be seen laughing at Islam’s comments as the entire arena erupted into laughter.

“I want to say one thing. I deserve top-15 or I want to fight Brock Lesnar.” Makhachev said. “You know guys, someone not like grappling or jiu-jitsu, this is a different level, I will show you.”

Who is Islam Makhachev? 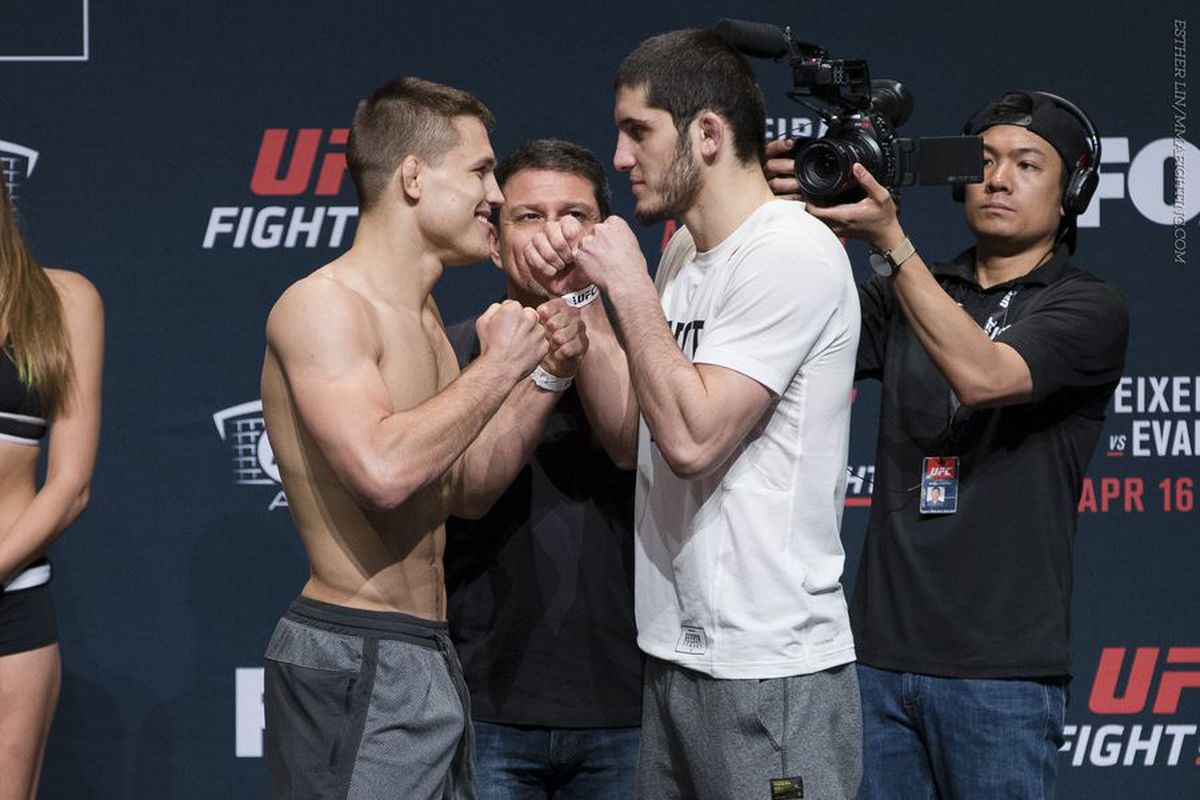 Islam Makhachev hails from Dagestan in Russia and is a multi-time Combat Sambo champion. He is currently on a six-fight win streak and has only lost once inside the UFC Octagon. The only loss of Islam’s career came in his second outing under the UFC banner when he took on Adriano Martins back in October of 2015.

Also Read: Can Islam Makhachev Follow in the Footsteps of Khabib Nurmagomedov

Makhachev was out of action due to multiple health reasons and injuries. He has not fought for more than a year now and will look to make a winning return as he takes of Drew Dober next in the main-card of UFC 259: Jan Blachowicz vs Israel Adesanya. 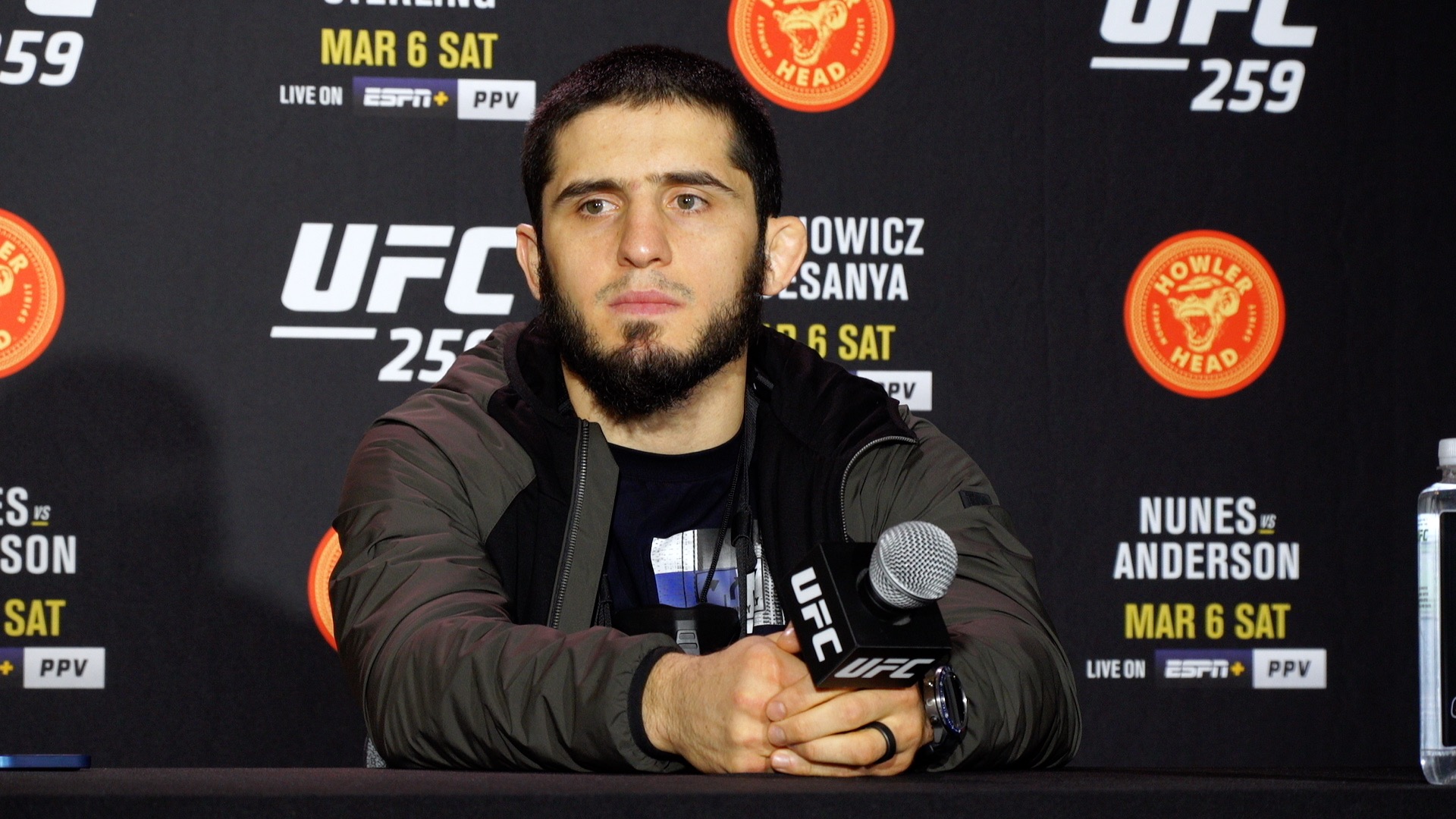 Also Read: Who is Nina Ansaroff – Amanda Nunes’ Wife Who is Also a UFC Fighter