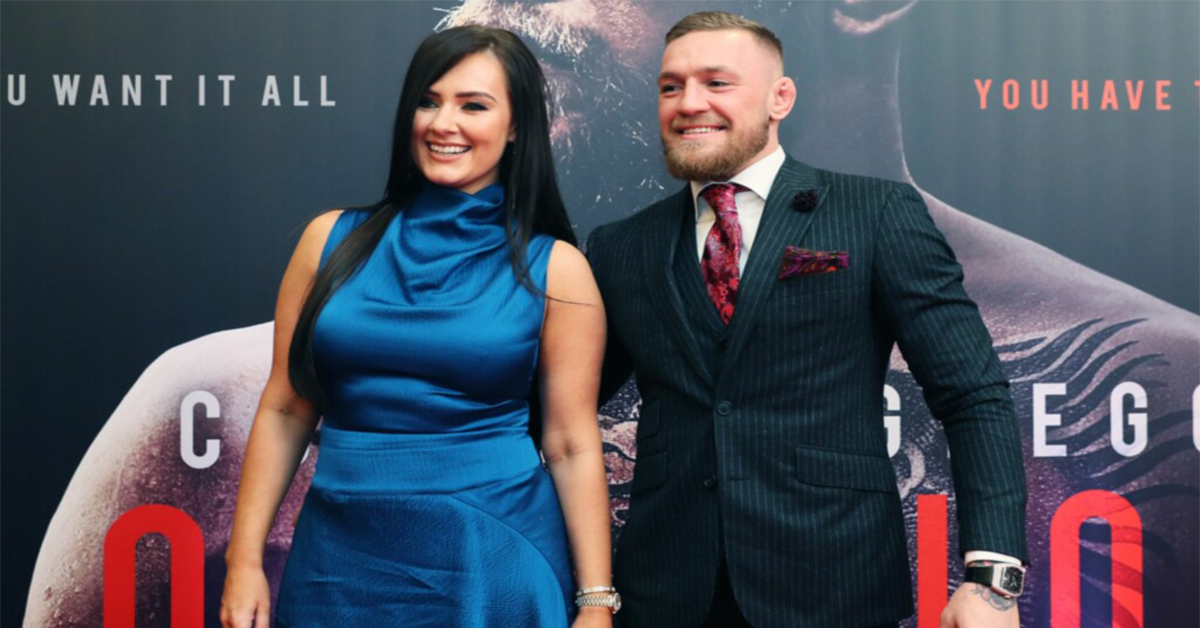 Conor McGregor is regarded as arguably the greatest mixed martial artist of all time. He is a former featherweight champion and lightweight champion in the UFC, having held the Cage Warriors lightweight and featherweight championship during the early years of his professional career. However, nothing was handed to the “Notorious” on a silver platter. McGregor’s journey to becoming the most recognizable mixed martial artist in the history of UFC is as much as her girlfriend Dee Devlin’s as it is of Conor McGregor.

McGregor worked as a plumber before transitioning full time into the world of mixed martial arts. It was shortly after his decision to focus on MMA that the “Notorious” met Dee Devlin at a nightclub. Needless to say, that spark has taken both McGregor and Devlin to more than a decade relationship that continues to flourish.

“I cook, clean, pack his gym bag, all that kind of stuff.” Devlin had said in an interview given to ESPN.

McGregor and Devlin are blessed with two kids, Conor Jack McGregor and Crois McGregor. Recently, McGregor shared the beautiful news with a family photograph where McGregor Jr. can be seen holding a baby scan, announcing the arrival of the new member in the McGregor family.

“My girlfriend worked very hard throughout the years and stuck by me when I had essentially nothing.” McGregor had said to Irish Mirror and rightfully so.

Devlin has stayed with McGregor through thick and thin and deserves all the praise that McGregor has showered on her in several media appearances. While McGregor may be the richest mixed martial artist in the history of the sport, that wasn’t the case when Devlin met McGregor.

Since their first meeting in that nightclub, Devlin has stayed strong with McGregor, and needless to say, the “Notorious” has scaled the heights of MMA and continues to be a pivotal figure in the world of mixed martial arts. McGregor announced his engagement to Devlin in 2020 and the couple is expected to tie the knots sometime in 2021.

What is Khamzat Chimaev’s Real Name?