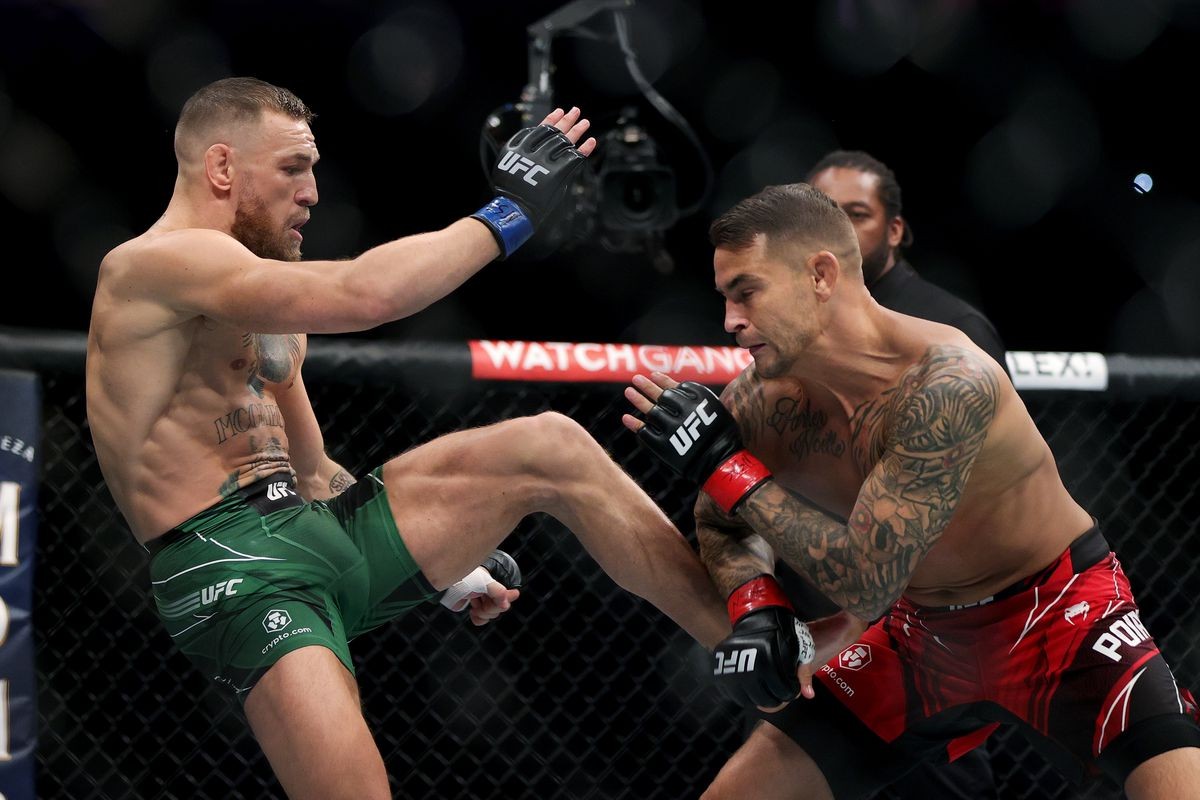 Conor McGregor is not joking when he says that it’s a “red panty” night whenever he steps inside the Octagon for the other fighter. Dustin Poirier will be getting the same treatment as he takes on the “Notorious” in the main event of UFC 257. What will be Dustin Poirier’s fight purse as he gears up in arguably the biggest fight of his career?

It’s a natural privilege to step opposite Conor McGregor inside the Octagon. The former dual champion has continued to bring in huge numbers for the UFC.

Also Read: “There Will Be Blood Spilled”- Conor McGregor Comments on His Past Ugly Rivalry With Dustin Poirier

With over 30 million followers on Instagram alone, McGregor has become one of the highest-selling sports figures in the history of the sport. Needless to say, he is credited by many in the same league as Mike Tyson and Floyd Mayweather.

How much will Dustin Poirier make at UFC 257?

The last time Dustin Poirier stepped inside the Octagon, he earned a massive $300,000 from his 5-round main event against Dan Hooker at UFC Vegas 4. The purse was divided into $150,000 to show and $150,000 to win for the former interim lightweight champion.

Dustin Poirier pocketed $250,000 to show from his championship bout against Khabib Nurmagomedov back at UFC 242. However, these incomes are bound to change considering the Performance Bonus, Fight Week incentives, and PPV points.

Be that as it may, it’s safe to assume that Poirier will pocket more than that in his rematch against Conor McGregor.

Dustin Poirier is expected to earn in the range of $500,000 to $750,000 according to the disclosed pay-out. Additionally, he will earn from Fight Week incentives and a sponsorship bonus on what will be the biggest pay-day of his MMA career.

The match-up is exciting and put McGregor right at the cusp of another title opportunity should he triumph over Poirier. Meanwhile, it’s a huge opportunity for Poirier who can set a name for himself by getting a win over the “Notorious” Conor McGregor. However, it will be easier said than done.