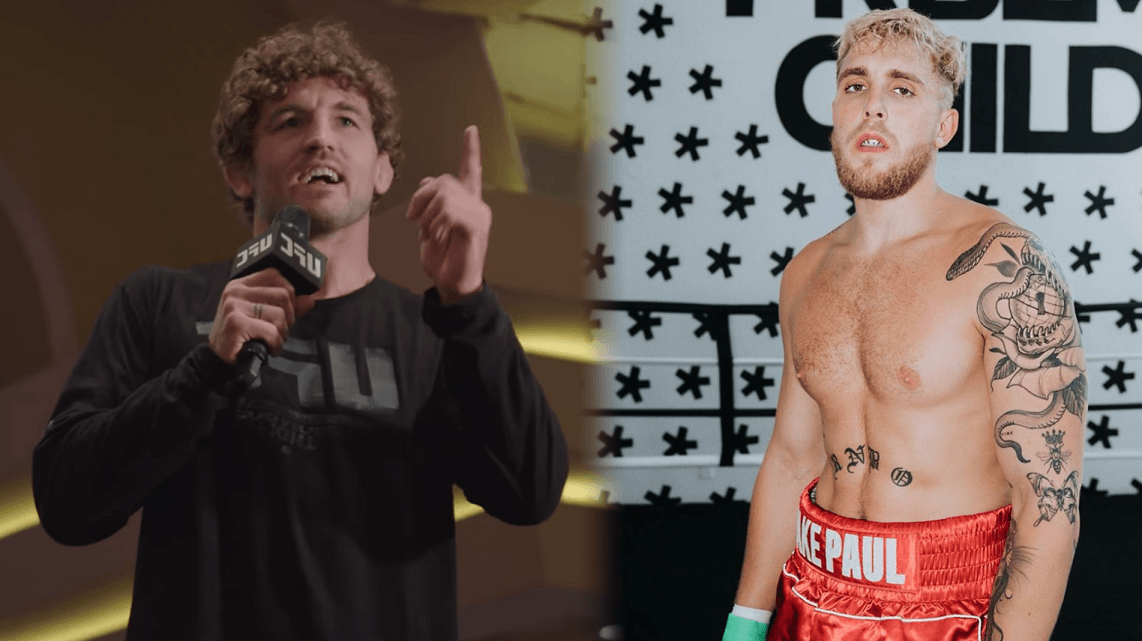 Recently Joe Rogan and Brendan Schaub discussed the possible outcomes of the upcoming Jake Paul and Ben Askren fight. Since Askren is predominantly a wrestler many people are favoring Paul as the victor of the upcoming fight. Upon hearing both men, it could be clearly seen that Schaub was preferring Askren. But, Rogan had some different opinions upon looking carefully at all the aspects.

“There’s this narrative on Ben Askren where he likes awful striking. You know he did get knocked out by Jorge, I get all that. But, you’re talking about an olympian, a bonafide Hall of Famer mixed martial artist.“

Comparing him to Jake Paul, he further elaborates:

“He’s 2-0 and you say well who did he beat up? He beat up another YouTuber, he beat up a basketball player that won a slam dunk contest who has never fought before. Who would you pick in that?”

Replying to Schaub, Rogan puts his own point of view seemingly favoring Paul over Funky:

“Well, one thing that I don’t believe is that Ben Askren would knock out Nate Robinson the way that Jake Paul did. He might beat him. He might beat him. Ben is not an explosive guy. He’s very good at utilizing his superior wrestling, positions, and techniques. His cardio’s fucked. He knows how to grab ahold of guys and drag you to the ground and implement his style. He won’t be able to do that. So, his main thing will be out. His main thing will be completely removed.”

Now, Joe Rogan could be seen tackling this topic with a more holistic approach where he’s discussing Ben’s vulnerabilities and weaknesses. On the other hand, Schaub is more inclined towards the mental aspect of the game.

In Jake Paul’s quest to face a real fighter, he has been set to face Ben Askren in an 8-round boxing match on April 17th. Funky will be fighting the first professional boxing match of his career while this will be the 3rd fight to go under Paul’s belt.

The 24-year old is the favorite of the fight by virtue of his impressive boxing technique. Though many people believe that Askren’s gonna get KO’d because of his relatively poor standup fighting skills, he still can manage to turn the tides as he’s faced some legitimate fighters during his career.

Also read: “I’ll Roll Him Up and Smoke Him Like a Blunt” – Justin Gaethje Calls Out Nate Diaz