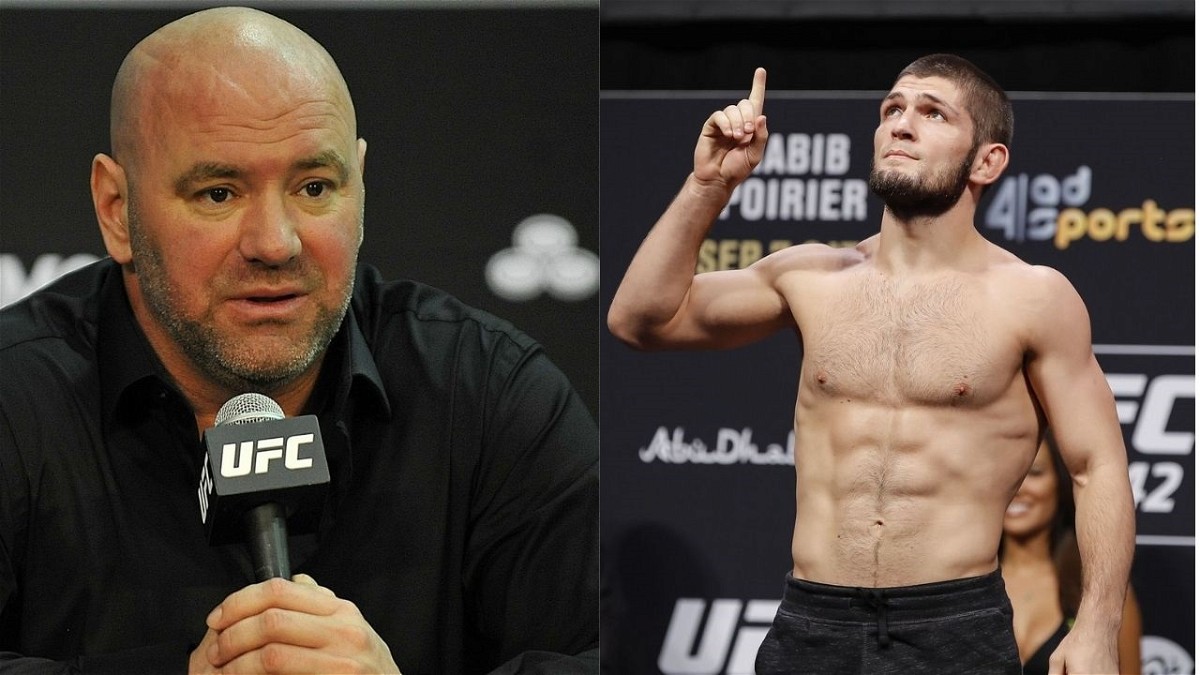 UFC President Dana White finally broke the news that the entire world had been waiting for. White appeared alongside UFC commentator Jon Anik and revealed that Khabib Nurmagomedov will fight again.

“There was no reason to make a decision like that,” White said about Nurmagomedov’s decision to retire in the wake of his father’s death. White called the decision taken in emotion and felt like the lightweight champion needed time to spend with his family.

“I talked to him and told him to take his time. Basically, the way he feels right now, he has accomplished everything that he wanted to.” White said about Khabib’s mentality after his emphatic win over Justin Gaethje.

“Next Saturday, we got McGregor vs Poirier fight and Hooker vs Chandler fight. I would never tie up the division. Show me something spectacular and make me want to come back to fight. If these guys can do something special, Khabib will fight back.” White announced.

Another interesting thing to note was Nurmagomedov praising Charles Oliveira after his emphatic performance against former interim champion Tony Ferguson in the co-main event of UFC 256. Additionally, with Conor McGregor set to take on #1 ranked lightweight contender Dustin Poirier, there’s every reason to believe that an exciting match-up does exist for the Russian legend.

Khabib Nurmagomedov willing to come back to the UFC

According to Dana White, Khabib Nurmagomedov feels that he has achieved everything that there was to achieve inside the Octagon, and rightfully so. With notable wins over Justin Gaethje, Dustin Poirier, Conor McGregor, and Rafael dos Anjos among many, Nurmagomedov will go down as one of the greatest of all time. However, there are other interesting match-ups that could grab Nurmagomedov’s attention.

With Michael Chandler set to take on Dan Hooker in his UFC debut, the winner of that fight might also get a chance at the title shot. However, what makes the most sense is Khabib Nurmagomedov vs Conor McGregor rematch. Should the “Notorious” get an emphatic win over Dustin Poirier, there’s every reason that the UFC will be interested in making that fight happen.

Be that as it may, one thing is for sure. There’s still hope that Khabib Nurmagomedov will step inside the UFC Octagon once again. The “Eagle” is here to stay and if he finds an exciting match-up, he will certainly come out of retirement to defend his lightweight gold.