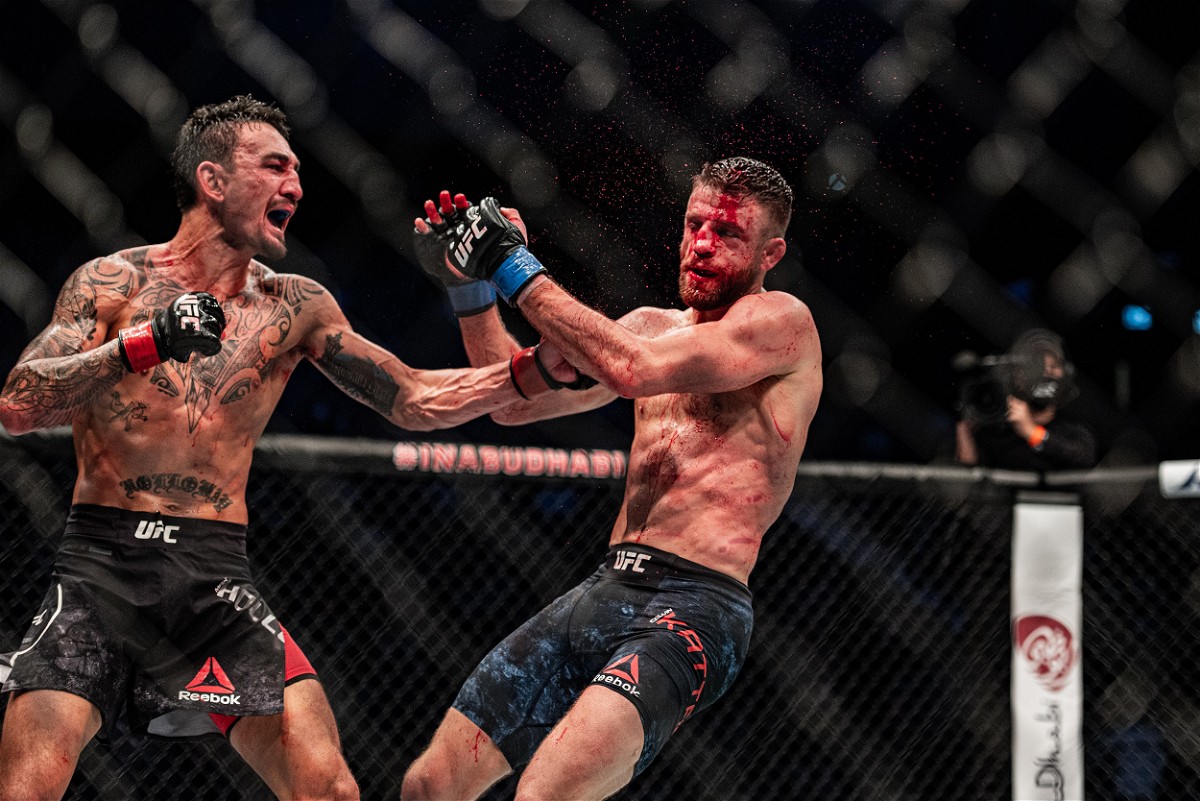 In what was a vintage performance from the former featherweight champion, Max Holloway took home a comfortable and largely dominating unanimous decision win over Calvin Kattar in the main event of UFC Fight Island 7.

Holloway was coming off back-to-back unanimous decision losses at the hands of Alexander Volkanovski that ended his 13 fight winning-streak at the featherweight division. Additionally, he dropped the featherweight crown, only to lose it again in the rematch in a controversial split decision loss to the Australian fighter.

With all the eyes on Holloway in his first non-title match-up, the “Blessed” stole the show as he annihilated the “Boston Finisher” Calvin Kattar in an incredible display of mixed martial arts. Soon after the victory, Holloway took on the microphone and announced that he is going to stay on the Fight Island and is ready to step up against either Conor McGregor or Dustin Poirier should the fight doesn’t see the light of the day.

Holloway got on the microphone and gave a shout out to UFC’s first PPV of the year 2021 in the form of Dustin Poirier vs Conor McGregor at UFC 257.

“There’s a big big fight next week. Dustin Poirier vs Conor McGregor. Guess what, your boy is staying all it to the week. If anything happens to the sport, it’s my drop off, Dana knows my number, he can hit me up.” Holloway said.

Should Max Holloway fight for the featherweight title next?

After such a dominating performance, Holloway deserves a chance at the featherweight title once again. While many believe that he did enough in his last fight to take home the featherweight championship, it’s not simply that fight fans call him the people’s champ.

UFC has already announced Alexander Volkanovski vs Brian Ortega for the UFC featherweight championship for UFC 260. There’s a reason to believe that Holloway could potentially face the winner of that fight. Additionally, regardless of the outcome, both are interesting fights for the former champion.

Holloway has a stoppage win over Ortega, and while that would be a great rematch, a trilogy bout against Alexander Volkanovski looks equally exciting. Only time will tell what lies ahead for Max Holloway. However, till then, just enjoy Holloway’s incredible performance over Calvin Kattar that will stay in the memories of fight fans for a very long time to come.