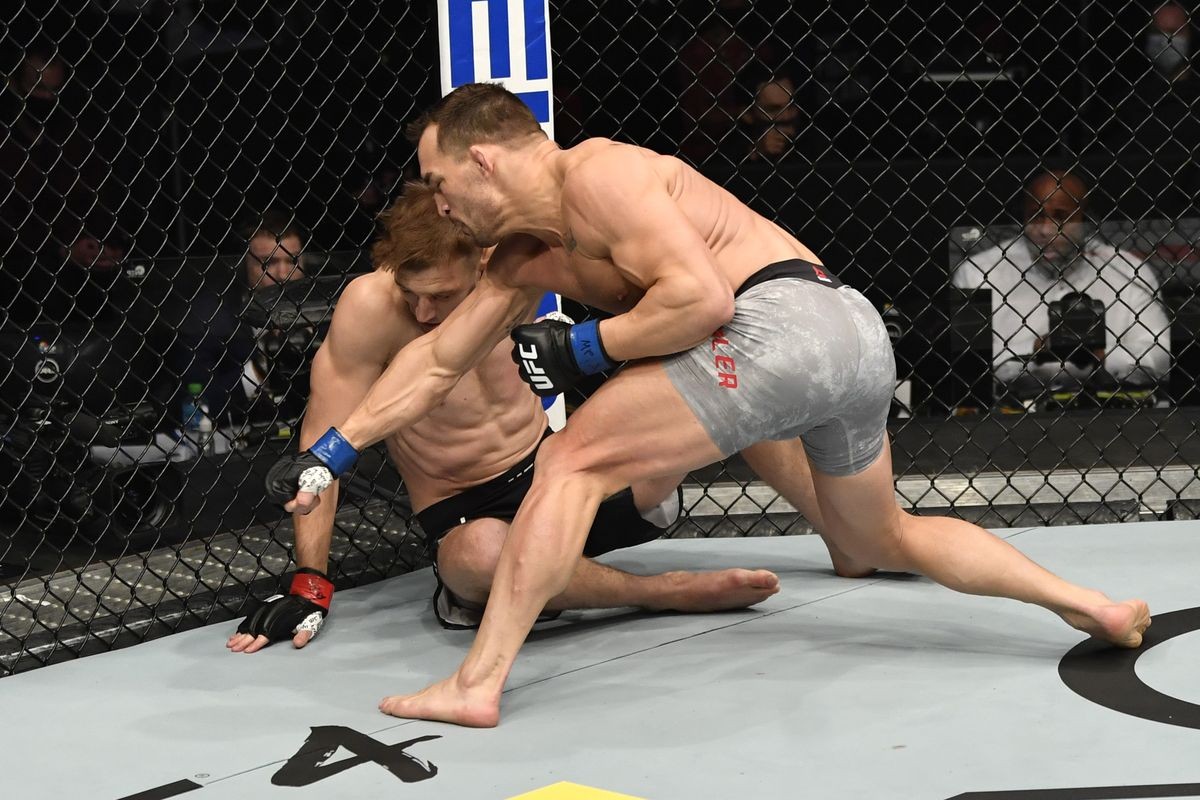 Michael Chandler may have delivered arguably the greatest promo in the history of the UFC in his UFC debut with a first-round knockout win over Dan Hooker. Chandler tasted his first win in the UFC after dominating the Bellator MMA promotion as a two-lightweight champion of the world.

Chandler took on top-contender Dan Hooker in the co-main event of UFC 257: Poirier vs McGregor. He stole the show with a blistering TKO win over the “Hangman” in what announced a highly impactful debut for the former Bellator champion.

THE NEW KID ON THE BLOCK HAS DONE IT. #UFC257 pic.twitter.com/UsjTY0qQ74

“Let’s go get that title soon,” Chandler said in the post-fight interview.

“I will tell you all this. This is the greatest moment of my life.” and what followed, shocked the world. “Conor McGregor, surprise surprise, there is a new king in the jungle.”

Dan Hooker was coming off an incredible “Fight of the Year” performance against former interim champion Dustin Poirier. Many felt that Hooker will triumph over Chandler. However, what prevailed was debut as good as a fighter can get inside the UFC Octagon.

What’s next for Michael Chandler?

Earlier, Khabib Nurmagomedov had stated that he is looking forward to UFC 257 and will likely fight his last fight against someone who can “surprise” him heading into 2021. Michael Chandler may have done just that with a brutal stoppage win over Hooker.

The fight started with Hooker circling the Octagon in what looked like a defensive approach from the New-Zeland fighter. However, it was an explosive left hand that dropped Hooker on the canvas. The bout will go down as one of the greatest UFC debuts in the history of the company.

Chandler couldn’t have done it in any other way. It sends a message to the entire division and puts him right at the top for the possibly vacant UFC lightweight championship.

Be that as it may, to do that on a Conor McGregor card and an event of the magnitude of UFC 257 will definitely bring the much-deserved attention on Michael Chandler, who deserves every bit of it after such an incredible performance. A lot will depend on Khabib’s final decision about retirement which will pave way for what lies ahead for the UFC’s lightweight division.