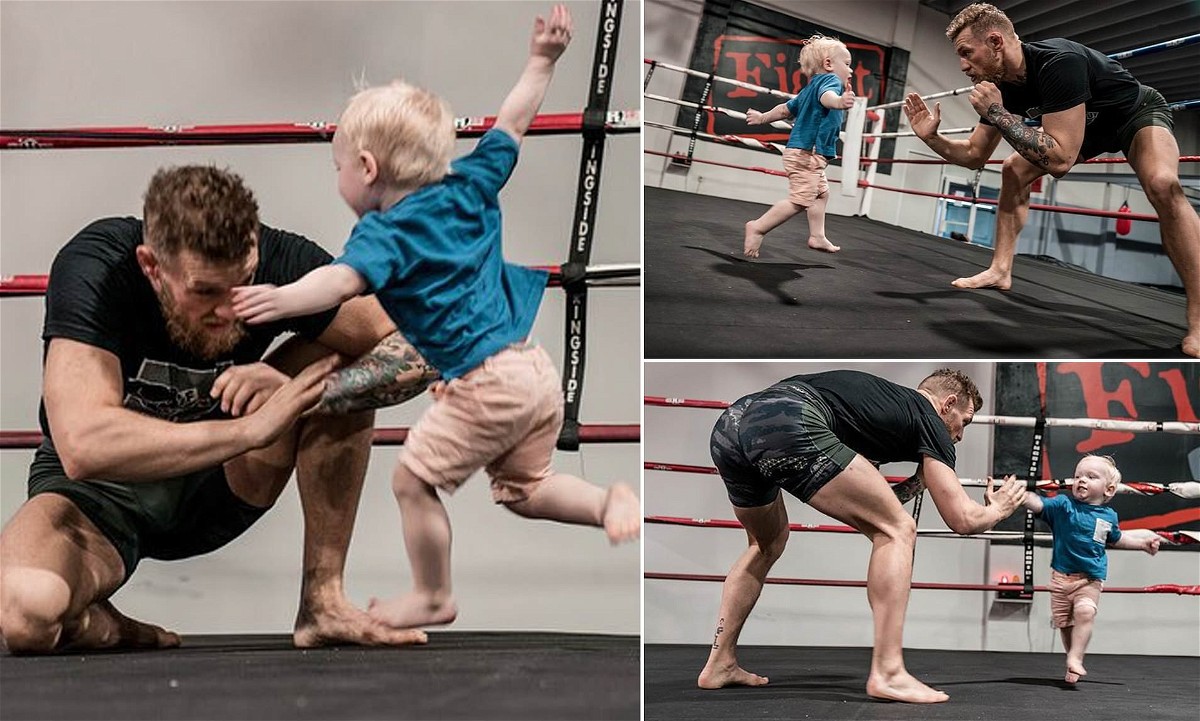 Conor McGregor with his son

Conor McGregor Jr. certainly enjoys the limelight as he walked in on the former dual champion as he interacted with “The Mac Life” ahead of UFC 257 on January 24 later this month against former interim champion Dustin Poirier. Ahead of the hugely anticipated match-up, McGregor was interrupted from the interview after McGregor Jr. decided to spoil the conversation as he peeked in on the cameraman.

“You alright champ? You can see yourself?” McGregor joked as he saw his younger son walk in on the interview.

Conor McGregor is blessed with a daughter and a son, with Dee Devlin expecting a third child to welcome into the McGregor family. Conor Jack McGregor Jr. and Crois McGregor are lovely kids to Conor McGregor and Dee Devlin, with the elder McGregor often seen in McGregor’s gym.

McGregor Jr. is almost four years old and it looks like he has already followed up in his father’s footsteps. McGregor is a family man and is often seen vacationing with his family on his social media platform.

Remember the time when McGregor Jr. stole all the limelight when he appeared alongside the “Notorious” for the Open Workout in the lead up to McGregor’s biggest bout inside the UFC Octagon against lightweight champion Khabib Nurmagomedov.

Will Conor McGregor Jr. follow his father’s footsteps and become an MMA fighter?

It won’t be wrong to say that McGregor has kept his son Conor Jack McGregor Jr. close to the game. He has appeared alongside him inside the gym, often getting in small sessions with his father and other kids his age.

It won’t be surprising to see McGregor Jr. take that approach considering it’s very common in boxing. Many boxers have made their son follow the sport that they were born in and needless to say, it has paid dividends for the name. Most notably, Floyd Mayweather Jr. with his father and the duo of Tyson Fury and John Fury is quite famous.