Who Are Gilbert Burns’ Training Partners?

Finally, Gilbert Burns is getting the title shot he deserves. The Brazilian cage-fighter will step inside the octagon to face Kamaru Usman in an attempt to dethrone him and become the new 170lb champion.

To those who don’t know, Usman and Burns are teammates. This fact makes this fight even more interesting as they know each other’s fighting styles very well. This February 13th, we’ll get to see who gets out of the cage with the belt on his waist.

This is the fight week and both the fighters are training hard for the title. Currently, Usman has shifted his training camp somewhere else, but Durinho is training with Sanford MMA. So, let’s quickly have a look at the future might-be champion’s training partners. 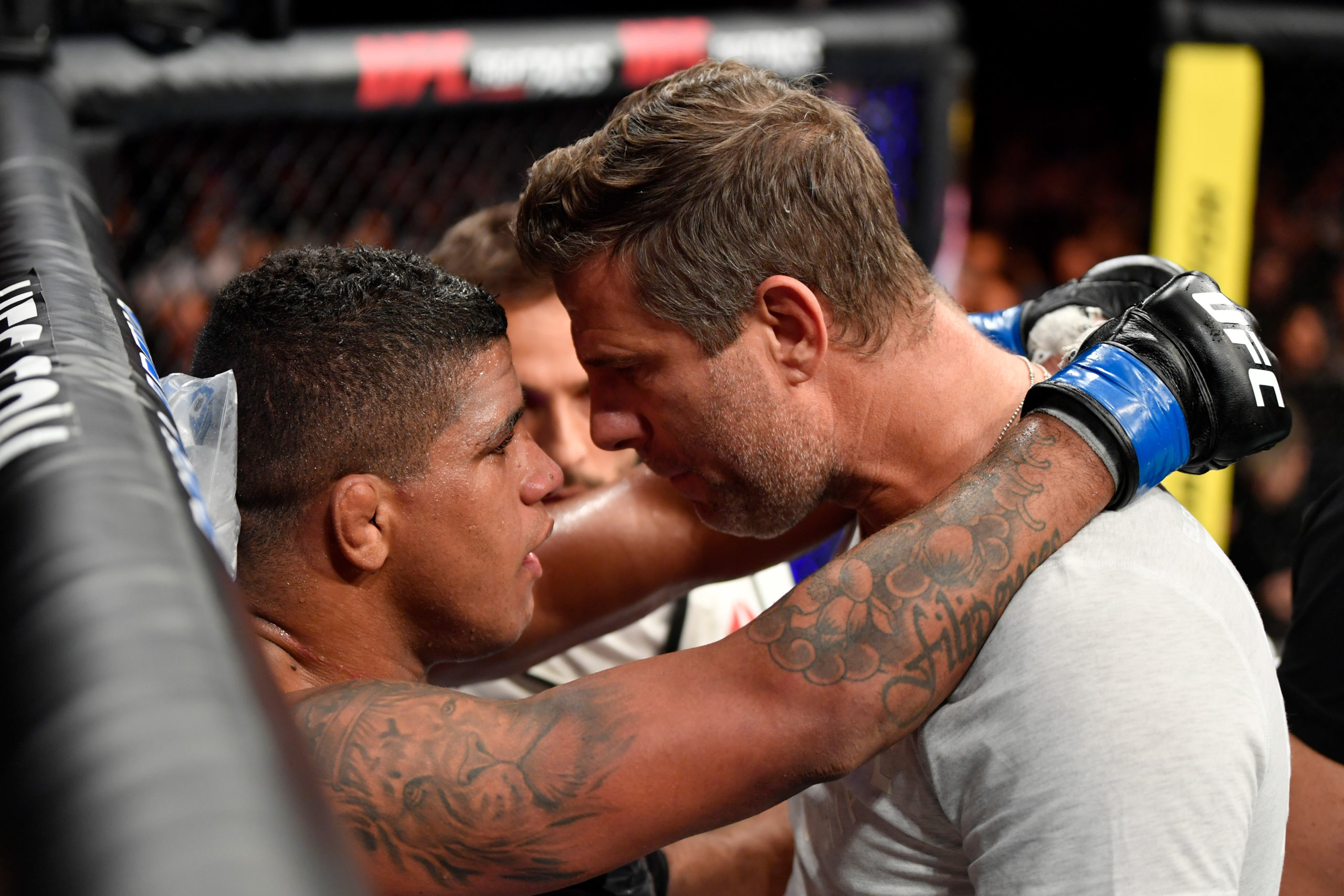 The 34-years trains at Sanford MMA as he was one of those fighters who left Blackzilians with Henri Hooft. His head coach is Hooft himself. He is Burns’ striking coach. He is a former kickboxer who possesses more than an impressive resume of training world-class fighters. Some of those names include Robbie Lawler, Luke Rockhold, and Derek Brunson.

As a Brazilian fighter, it is natural for you to have an extensive background in styles such as BJJ and catch wrestling. And Gilbert Burns is no different either. He practices catch wrestling under the guidance of Neil Melanson.

The 34-year old is a lethal man on the mat. He has been the world champion in BJJ. All this by the virtue of his BJJ coach Rafael “Foffito” Barros. Under his tutelage, Burns’ earned his 2nd-degree black belt in Brazilian Jiu-Jitsu.

His training partners include former Bellator lightweight champion Michael Chandler and Derek Brunson. His partners also include ONE Championship Light Heavyweight champ Aung La Nsang among many others.

Let’s see if Burns becomes the new champ or if The Nigerian Nightmare manages to successfully pull-off his 3rd title defense. Let’s know in the comments section down below who do you think will walk out of the cage with the welterweight title.