Askar Askarov hails from Dagestan, home to fighters like Khabib. With only 3 fights in the UFC, he has quickly skyrocketed through the flyweight ranks and is currently sitting on the 3rd spot. He debuted in the promotion only 18 months ago with a draw against Brandon Moreno.

Lately, it looks like no matter what the division is, it will be haunted by the presence of at least one fighter from or near the region of Dagestan, Russia. Whether it be the bantamweight, featherweight, lightweight, or welterweight division, the Dagestani fighters have made a tremendous place for themselves. The biggest example is Khabib Nurmagomedov who needs no introduction.

Besides him, Umar Nurmagomedov, Zabit Magomedsharipov and Islam Makhachev have also carved a place for themselves in the UFC. And now, it seems one more fighter is added to this list. This new kid on the block is Askar Askarov. Guess what! The division he has chosen to haunt is the 125lb weight class.

Who is Askar Askarov?

Askar Askarov hails from Dagestan, home to fighters like Khabib. With only 3 fights in the UFC, he has quickly skyrocketed through the flyweight ranks and is currently sitting on the 3rd spot. He debuted in the promotion only 18 months ago with a draw against Brandon Moreno. 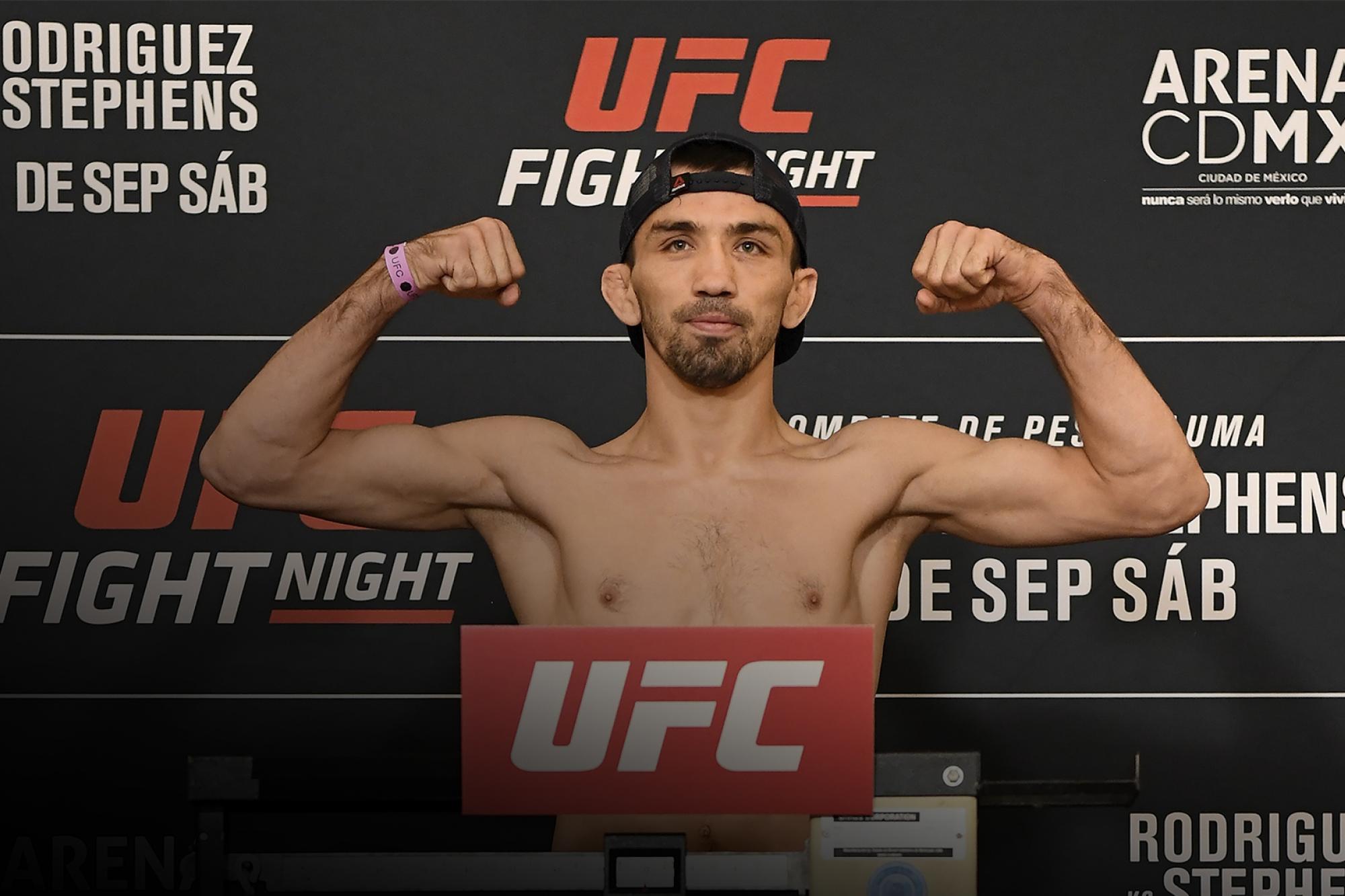 Since then, he has racked up two wins. With the trajectory he’s on currently, he reminds me of Israel Adesanya’s quick rise through the ranks and to the ultimate glory. One more win, and he might be very well on his way to face the 125lb king Deiveson Figueiredo.

The most intimidating factor of these Dagestani fighters is that they rarely lose fights. The same is the case with Askar. During his 13-fight career, he has racked up 12 wins with a draw.

Also read: Conor McGregor is in a Do or Die Situation Ahead of Potential Rematch Against Dustin Poirier Why is he being called the dark horse of the 125lb division?

The 28-year old is among the newest signees of the promotion. Though he was the ACB Flyweight champion and defended his belt twice before coming to the UFC, he was not a huge prospect. So, it can be safely assumed that he is relatively unknown in the mainstream MMA.

But, the pace with which he has managed to climb so high in the rankings within a short time of 18 months and three fights, it really tells a lot about this new threat to the 125lbers. He is quite unknown, but the statistics say that he is not good to mess with. 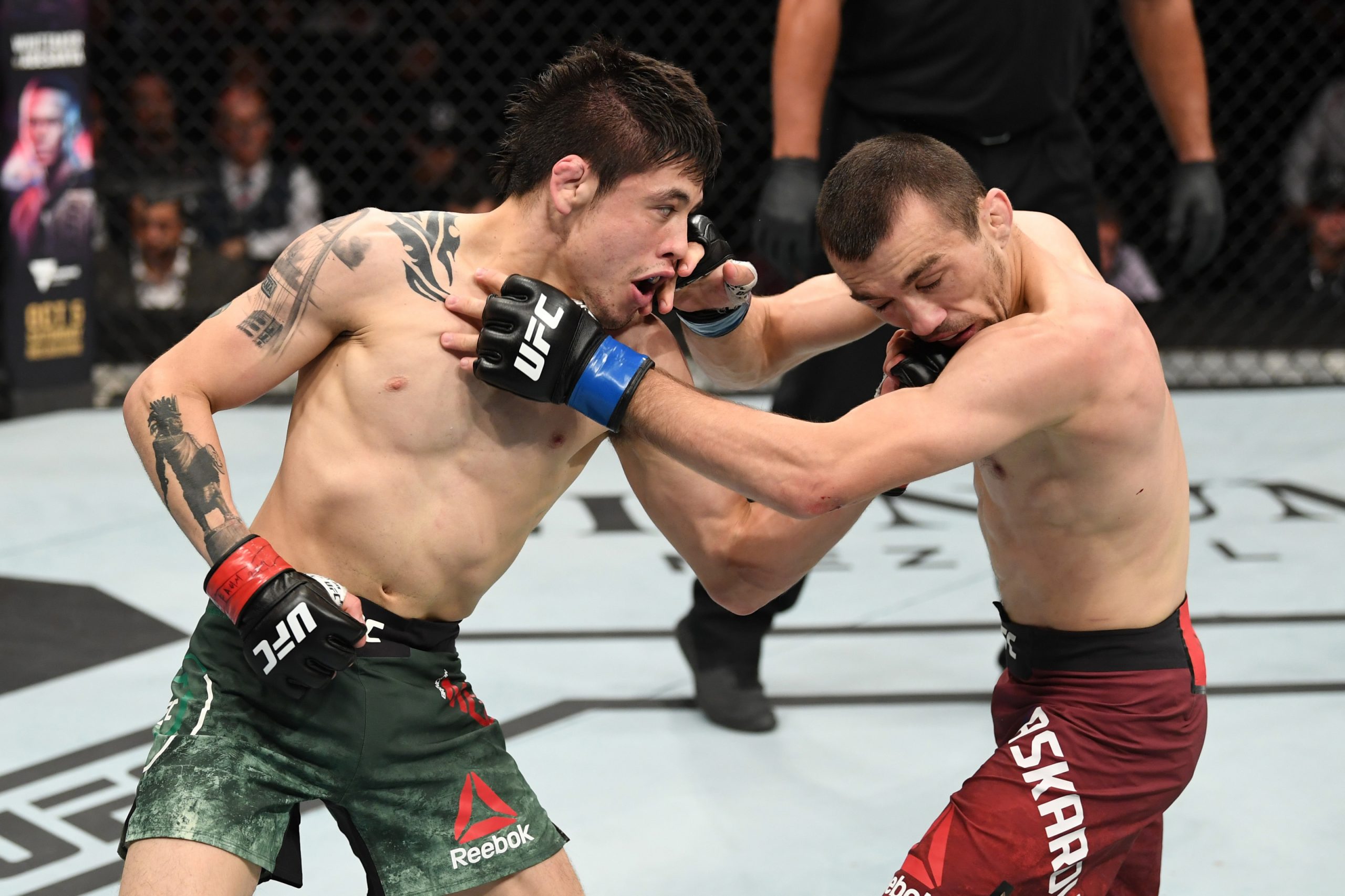 So, all the flyweights just watch out because rather than being the new kid on the block, he seems more to be the new threat on the block.

What’s next for Askarov?

The bullet is slated to fight one of the veterans and a top-ranked flyweight in Joseph Benavidez. Benavidez has nearly defeated everyone in his division except the current ruler of the 125 pounders and Demetrious Johnson. If the Dagestani manages to get past through him, you can see him fighting for the title next.

Also Read: What is the Relationship Between Khabib Nurmagomedov and Islam Makhachev?

What are your thoughts on Askarov? Do you think he would be able to beat an opponent as great as Joseph Benavidez and assert his dominance in the division? Let’s know in the comments section down below.