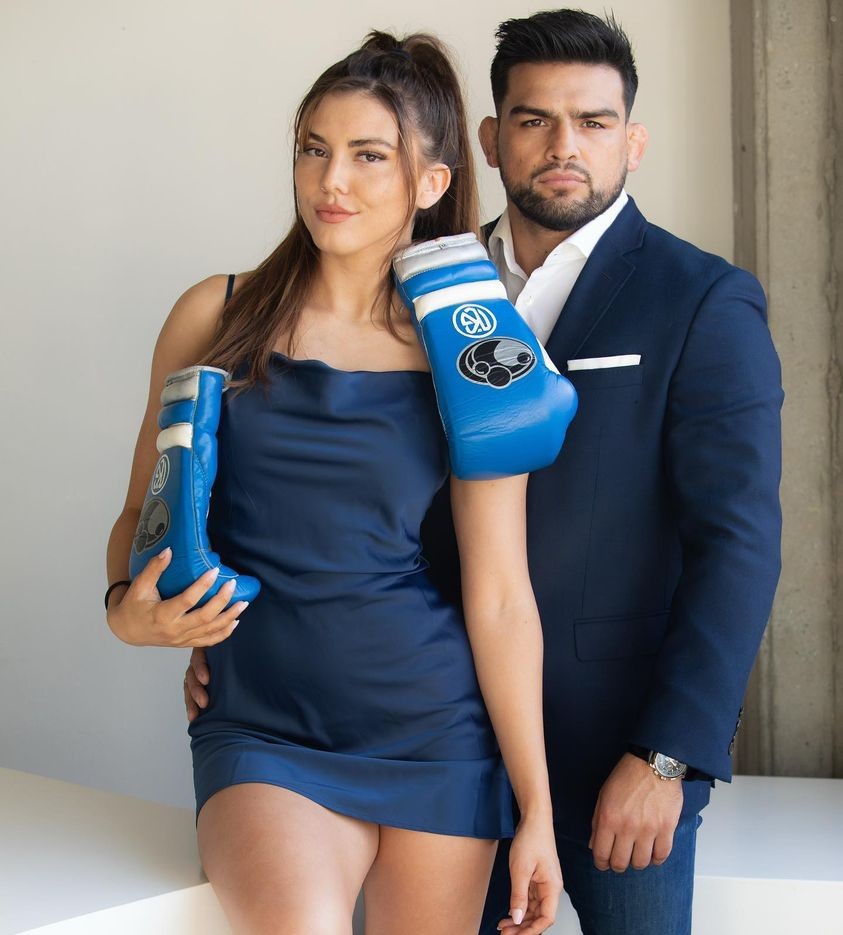 UFC 258 is just around the corner and everyone is excited to see 2 teammates fighting in the main event. Kamaru Usman is set to defend his welterweight title for the 3rd time against Gilbert Burns. But, there’s one more fighter in the main card to look out for. And he is none other than Kelvin Gastelum.

The #9 middleweight will be stepping inside the octagon to snap his 3 fight win streak against Ian Heinisch. Since it is fight week, Gastelum is giving his all in the training camp to get affirmative results once he steps his feet inside the cage.

While his head coach Rafael Cordeiro is leaving no stones unturned to train his fighter for his upcoming bout, Kelvin is also strengthening and conditioning his body to become fight ready with the help of his girlfriend, Lena Pattyson. Let’s know who she actually is.

Also read: The Mystery Behind the Never Seen Before Wife and Daughter of UFC Fighter Nate Diaz

His strength and conditioning coach is his girlfriend Lena Pattyson. Her occupation is a personal trainer. She is based in California. Her most notable client is undoubtedly his significant other, Kelvin Gastelum.

She herself trains under the renowned strength and conditioning coach Phil Daru.  Besides this, she has worked with Ironside Performance gym in Utah and House of Power gym in Westminster, California.

Currently, she is busy preparing Kelvin Gastelum for his fight against Ian Heinisch. As evident from her social media posts, she is a real fitness freak. She also owns a website www.trainingbylena.com. Here, she interacts with her clients and helps them achieve their fitness goals. Pattyson has just finished helping Gastelum complete his training camp ahead of Ian Heinisch fight.

Since losing to Israel Adesanya for the Interim UFC Middleweight belt, Gastelum has gone to lose other 2 fights with his last defeat coming from a first round heel hook submission. Currently, Kelvin Gastelum’s MMA career might be going off the track. And to put his career back on track, he is facing #15 middleweight contender Ian Heinisch.

Plus, with such a wonderful team consisting of Rafael Cordeiro as his head coach, Lena as his conditioning coach and training partners like Marvin Vettori, he’s sure to succeed in the octagon.

Let’s know in the comments if you think Gastelum will be able to snap his losing streak with this fight.

Also read: “I Like Tony Ferguson” – Nate Diaz Has Nothing But Respect For El Cucuy