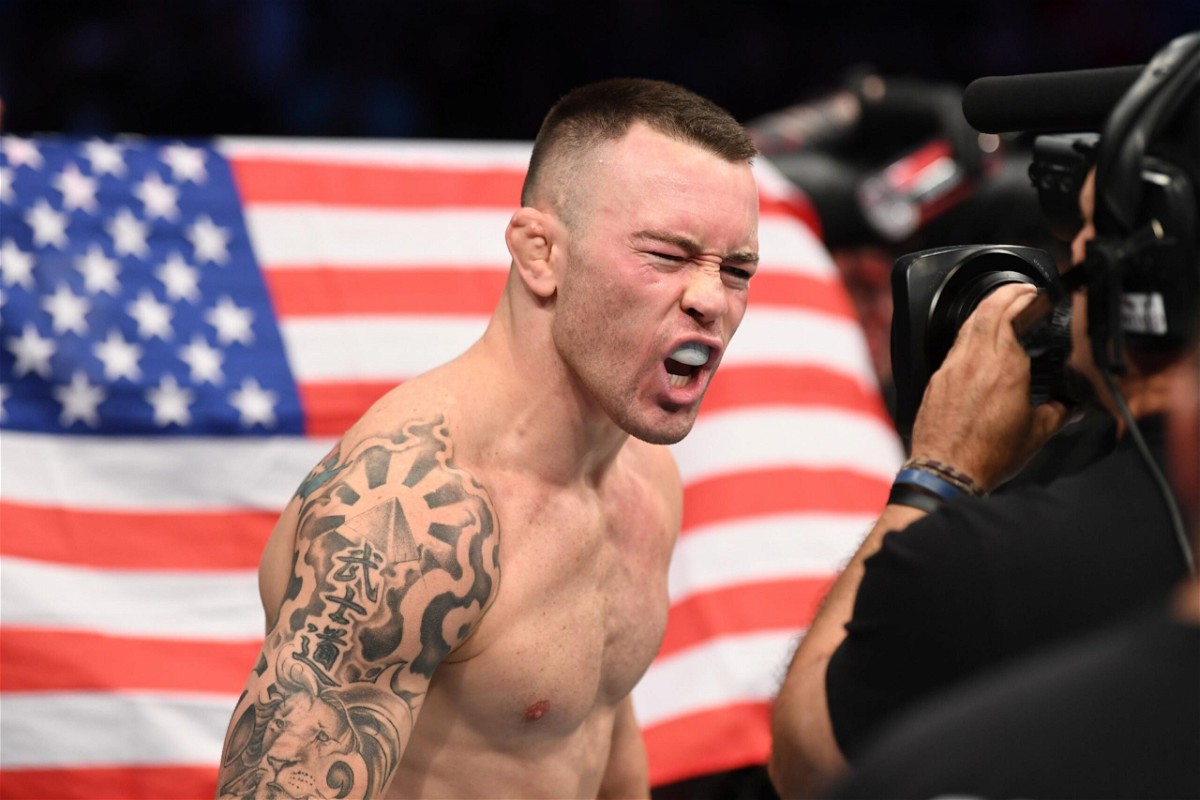 UFC President Dana White did not step back when faced with the adversities that the year 2020 brought to sports entertainment. He went head-on and put up some of the most anticipated and hugely entertaining cards for fight fans around the world. Needless to say, 2021 is going to be an equally amazing year.

2020 saw the return of Conor McGregor in January and Jon Jones competed in possibly his last bout in the light heavyweight division. Additionally, Israel Adesanya fought twice in the same year, defending his championship belt against Yoel Romero and Paulo Costa.

2020 also marked the return of Robert Whittaker and Dominick Cruz. Anderson Silva bid farewell to the UFC in the same year, with Henry Cejudo announcing his retirement from the sport.

Khabib Nurmagomedov also announced his retirement from the sport, while Tony Ferguson was snapped off his 13 fight win-streak after a devastating loss at the hands of Justin Gaethje at UFC 249.

We have incredible fights on our way after an exciting 2020. While it’s interesting to note that the championship belts did not change hands in 2020, the end of a decade has fuelled some prolific title fights and hugely anticipated grudge matches.

Max Holloway vs Alexander Volkanovski has been mired with controversy all around. While the first bout was more decisive than the second, the rematch drew criticism from fight fans around the world.

Max Holloway is scheduled to take on Calvin Kattar at UFC Fight Island 7. Should the “Blessed” triumph over the “Boston Finisher,” there’s a reason to believe that Holloway could land himself another shot at the UFC featherweight title.

However, a lot will depend on the outcome of Alexander Volkanovski vs Brian Ortega set to take place sometime in 2021. Be that as it may, Holloway vs Volkanovski 3 is one fight that is a must for fights fans heading into 2021.

Stipe Miocic will go down as the greatest heavyweight fighter of all time. Miocic and Ngannou have squared off against each other in the past. The heavyweight champion successfully defended his gold during his first reign against the “Predator” back at UFC 220 to the disbelief of many.

The bout marked the first loss of Ngannou’s UFC career and put Miocic at the top of the heavyweight division as he picked up his sixth straight victory in one of the most competitive divisions in the UFC.

Two years later, and Francis Ngannou is once again the #1 contender for the UFC heavyweight championship. Initially, there were reports that Jon Jones could jump past Ngannou to take on Stipe Miocic for the UFC heavyweight championship. However, UFC President Dana White has stated that the promotion is looking at a potential match-up between Ngannou and Miocic before the summer of 2021.

Ngannou has improved leaps and bounds since then. Needless to say, Miocic vs Ngannou 2 has the attention of fight fans around the world and that makes it one of the most anticipated fights of 2021.

Both the fighters have squared off against each other twice in the past with Nunes coming out victorious on both occasions. However, many believe that Shevchenko did enough in the rematch to dethrone Nunes from her bantamweight throne. Nunes has not looked back since that fight.

Also Read The Mystery Behind the Dating Life of Valentina Shevchenko

Needless to say, Shevchenko has improved leaps and bounds since then, with Nunes etching her legacy in the history books with wins over Cris Cyborg and Germaine de Randamie.

Shevchenko’s sole two losses inside the UFC Octagon have come at the hands of Amanda Nunes. The “Bullet” will look to become the first fighter to defeat Amanda Nunes since her TKO loss over Liz Carmouche back at UFC 178 in 2014.

It is an exciting match-up and one that will settle the debate on who is the greatest UFC women fighter of all time.

Jon Jones first teased his move to the heavyweight division with a potential showdown against Francis Ngannou. Needless to say, the “Predator” was on board for the hugely anticipated match-up against arguably the greatest mixed martial artist of all time. While the match-up couldn’t capitalize then, Jon Jones has officially announced his decision to move to the heavyweight division, having vacated his UFC light-heavyweight championship.

While everything points to Francis Ngannou fighting Stipe Miocic next for the UFC heavyweight championship, there’s a reason to believe that Jones could get his hands on the winner of that fight. Dana White is planning to book Miocic vs Ngannoou sometime before the summer.

Should Ngannou triumph over Stipe Miocic, UFC could be looking at booking Jon Jones vs Francis Ngannou next.

Needless to say, Jon Jones taking on the most lethal puncher the world of fighting has ever seen is as big as it gets. Additionally, Jones’ heavyweight debut is bound to get the attention of fight fans around the world.

When Israel Adesanya took on Robbert Whittaker in-front of more than 50,000 fans in Australia, it did not go the way the fans would have hoped from their country boy. Adesanya knocked out Whittaker in the second round to clinch the UFC’s middleweight championship.

While Adesanya has gone on to defend his championship belt against Yoel Romero and Paulo Costa, Whittaker made his spectacular return this past year with a winning affair against Darren Till and Jared Cannonier.

As things stand today, Israel Adesanya is scheduled to take on UFC light heavyweight champion Jan Blachowicz in an attempt to become a two-division champion. It will be interesting to see what lies ahead for the undisputed middleweight champion should he trimph over the “Polish Power.”

UFC 244 brought with itself something that has never been seen before inside the UFC. Jorge Masvidal and Nate Diaz stepped inside the Octagon to fight for the symbolic BMF championship in what turned out to be a disappointing affair.

The hugely anticipated match-up came to an abrupt ending after Jorge Masvidal was adjudged the winner of the fight after the Doctor called a stoppage to the bout at the end of the third round.

Nate Diaz has rallied for a rematch since then. Diaz even posted a video on his YouTube channel titled, “4th round” teasing the idea of a rematch. Since the fight did not have a decisive ending, fight fans want to see both the fighters run it back.

Additionally, it puts Nate Diaz right at the top should he get past Masvidal. As things stand today, Diaz is not ranked under the UFC’s welterweight rankings. Needless to say, Diaz’s return to the Octagon against Jorge Masvidal, who has become an even bigger name in the world of mixed martial arts, is one of the most awaited bouts of 2021.

In what promises to be a battle between two of the most fiercest strikes in the history of UFC, Conor McGregor vs Justin Gaethje is a fight of a lifetime. Should McGregor get past Dustin Poirier at UFC 257, there’s a reason to believe that the “Notorious” could be looking at a potential showdown against the “Highlight” for the UFC’s lightweight championship.

Earlier, McGregor had teased a match-up against the former interim lightweight champion after Gaethje’s impressive TKO win over Tony Ferguson back at UFC 249. Needless to say, it is a match-up that is bound to take place sometime in 2021.

With Khabib Nurmagomedov announcing his retirement from the sport, the promotion hasn’t decided who will fight for the UFC’s lightweight championship.

Also Read: Who is a Better Striker – Conor McGregor or Dustin Poirier

Needless to say, Poirier vs McGergor will likely determine the #1 contender for the lightweight throne. With Michael Chandler set to take on Dan Hooker, it looks like McGregor vs Gaethje might be right around the corner should the “Notorious” triumph over the “Diamond.”

Conor McGregor vs Khabib Nurmagomedov is a fight that will likely break all UFC records. The hugely anticipated grudge match has the possibility of happening in the year 2021. Nurmagomedov and McGregor squared off against each other back at UFC 229 with the “Eagle” emerging victorious via submission in the fourth round to successfully defend the lightweight gold.

While Nurmagomedov has announced his retirement from the sport, UFC President Dana White has hinted at the possibility of the “Eagle” fighting again to touch the coveted mark of 30-0. Additionally, Nurmagomedov has stated that he would take on any fighter who can get past Dustin Poirier. Conor McGregor is set to take on the “Diamond” at UFC 257 to kick off this year’s PPV.

Needless to say, should McGregor get past Poirier and Dana White is able to convince Nurmagomedov for another showdown inside the Octagon, fight fans could be in for what promises to be the greatest fight in the history of the lightweight division.

Also Read I WATCH: The Exact Moment That Closed the Victory Door For Tyron Woodley Against Colby Covington

It makes perfect sense for the UFC to book this fight as far as moving the division is concerned. Additionally, Covington vs Masvidal as big as it gets.

Needless to say, considering Masvidal’s growth over the last two years, and Covington’s increasing popularity, the match-up has the possibility of becoming the highest selling PPV of 2021.

Even UFC President Dana White has quoted that if there’s one bout he wants to see in 2021, it’s Jon Jones vs Israel Adesanya.

Jon Jones and Israel Adesanya have teased a potential showdown for almost two years now. However, with Jon Jones moving up to the heavyweight division, it looks unlikely that the match-up will happen anytime soon.

Be that as it may, where there is hope, there is a way. Should the “Stylebender” triumph over Jan Blachowicz come UFC 259, there’s a reason to believe that the UFC could be looking at booking Jon Jones vs Israel Adesanya.

Also Read I Is Israel Adesanya Dating This Mysterious Woman?

Needless to say, Jon Jones vs Israel Adesanya is the biggest fight of 2021 and one that can settle the debate of the greatest mixed martial artist of all time.