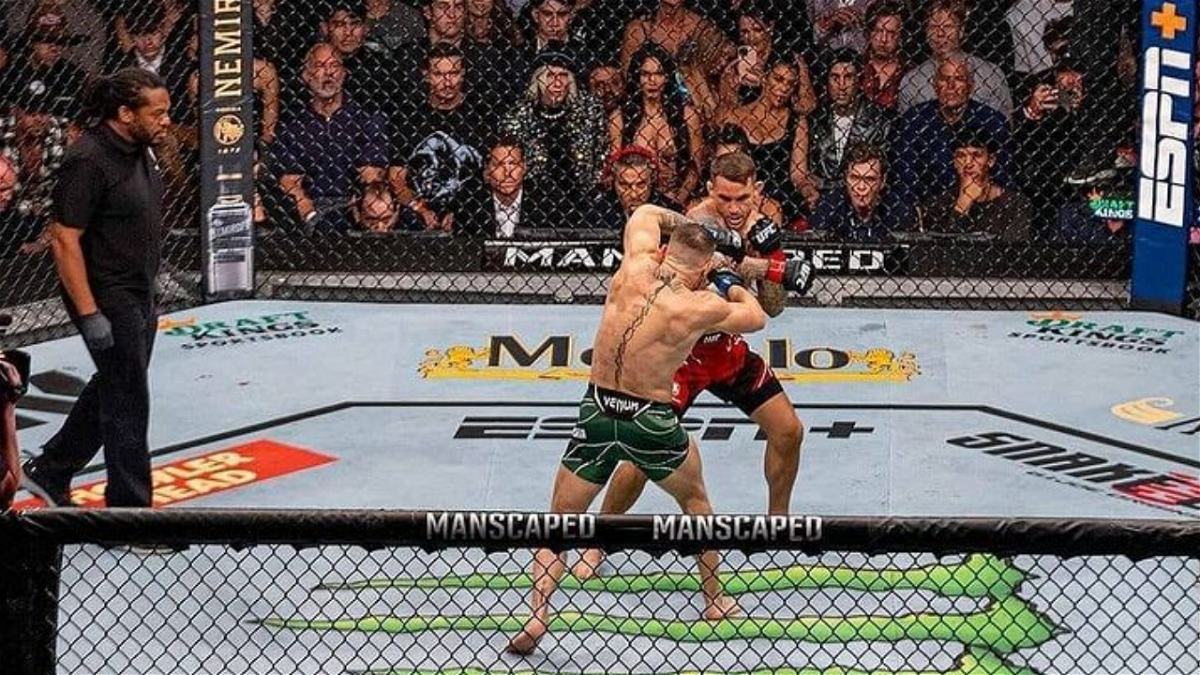 UFC president Dana White gave the finals number for the PPV buys of the highly successful and dramatic UFC 264: Dustin Poirier vs Conor McGregor 3. White appeared on TMZSports and revealed that UFC 264 did a total of 1.8 million PPV buys. While the numbers were expected to go a little higher, the UFC president revealed that it looks like 1.8 million will be the final number.

“Still looking like 1.8 million and we did almost $18 million at the gate, most merchandise sold. Tons of records broken on Saturday.” White revealed.

Needless to say, the highly anticipated grudge match between Dustin Poirier and Conor McGregor had everything going its way to emerge as one of the most successful events of this year. The card was completely stacked, with the preliminary card also boasting of some of the most exciting fights. There was a lot at stake for Conor McGregor, who was made his way to the UFC Octagon on the back of a disastrous KO loss against Dustin Poirier.

Conor McGregor had a lot to prove going into the trilogy fight, and with the old trash-talking McGregor back in the lead-up to the fight, the anticipation for the match-up was at a whole different level.

Additionally, the presence of multiple celebrities brought huge attention and fanfare to the highly anticipated UFC 264. While there’s no denying the popularity of Conor McGregor, who has time and again proved his impact and popularity in the world of mixed martial, it’s safe to say a lot of factors contributed to making it the second highest-selling UFC PPV event in the history of mixed martial arts.

Conor McGregor has stated that he wants to return to the Octagon to exact his revenge on Poirier after the disastrous loss at UFC 264. It’s safe to say that when McGregor returns, it’s once again going to be one of the biggest PPV events of the year.

It won’t be wrong to say that the conclusion of UFC 264 did not have many fans completely satisfied, and many believe that McGregor deserves a rematch to conclude his grueling rivalry with Dustin Poirier. Needless to say, a fourth bout is in the works with UFC president Dana White giving his nod to the highly anticipated match-up.