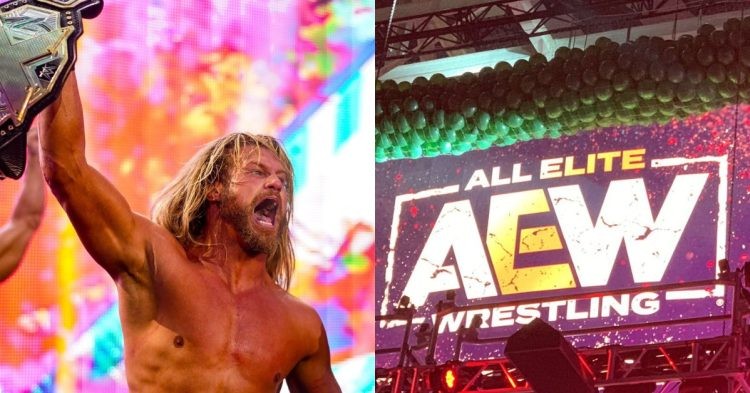 Dynamite this week had a very eventful episode featuring an unforgettable MJF promo, Miro’s return, and Chris Jericho putting his hair on the line at Blood and Guts. Tony Khan threw a party after the show since he announced that the Warner Brothers Discovery would be in attendance for AEW Dynamite. They were joined by a few WWE stars.

#AEW stars celebrating their Los Angeles debut after the show. Everyone looks great, but you okay @DanhausenAD ? pic.twitter.com/iK2xjSRvdb

Many former and current WWE superstars and backstage personnel were reported to have attended the party. The event included a restricted guest list which made it hard to access for other people.

Reports have revealed that several visitors came backstage at Dynamite this week. WWE superstar Dolph Ziggler was one of them. He came to friends and family, including his brother, Ryan Nemeth. The Showoff’s brother appeared on the recent tapings of AEW Dark: Elevation.

Current AEW stars who used to perform in WWE

Many wrestlers like Adam Cole, Bobby Fish, and Kyle O’Reilly reunited in AEW after playing a pivotal part in the NXT brand. A recent addition to the AEW roster includes Ruby Soho (formerly known as Ruby Riott) and Johnny Elite (formerly known as John Morrison), who made his debut against Samoa Joe on Dynamite a couple of weeks ago. But not everyone from WWE moves to the top in AEW.

Many fans believe that AEW is making the same mistake WCW made in the late 90s by signing rival talent. But so far, the rewards have been satisfactory. CM Punk recently became the AEW World Heavyweight Champion after defeating Hangman Adam Page at Double or Nothing. Tony Khan had made it clear that he wants to be more discerning in talent acquisition.