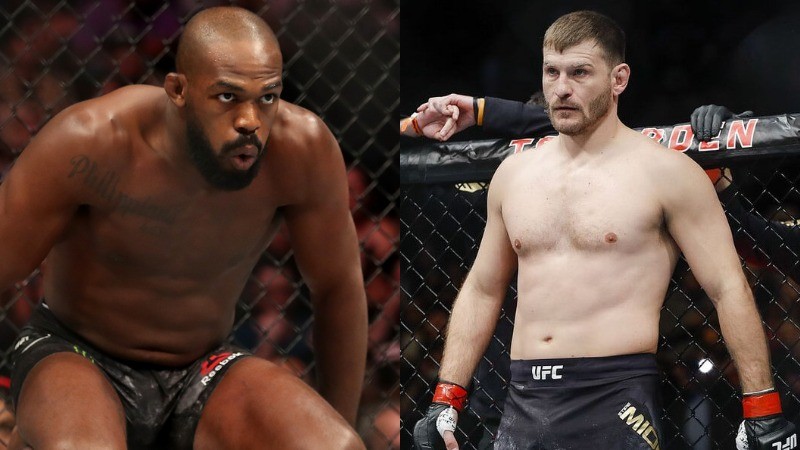 Jon Jones is planning to make his comeback this year and that could start with an interim title bout encounter against former champion Stipe Miocic.

Despite not getting offered a fight yet, in his recent tweet, Jones has stated to be in his peak condition in coming summer.

Nope, but my plan is to be in peak condition come June/ July https://t.co/wHAc1nUvwl

Former light heavyweight king Jones has been planning his long-awaited move to heavyweight for several years and has vowed to win a world title at the weight class in 2022.

“Bones” hasn’t competed since defending his title against Dominick Reyes via unanimous decision at UFC 247 in March 2020. Jon gave up the belt in order to make the move to the heavyweight division to encounter with new titleholder Francis Ngannou.

The relationship between Jones, the UFC, and Dana White has been a little unstable. “Bones” has been in continuous run-ins with the law and his decision to move up to the Heavyweight division might be the reasons along with the pay issue. Jones feels like he’s not getting enough as one of the greatest to ever do it, while White feels like Jones has been asking too much in order to face Ngannou.

What is next for Jon Jones?

Former two-division UFC champion Henry Cejudo has been coaching Jones ahead of his return. ‘Triple C’ recently revealed an interim title fight between Jones and former champion Miocic might be a possibility.

Last year Jones took to Twitter on to let his fans know that he plans to sit out the remainder of 2021 in order to be fully ready for his heavyweight debut in mid-2022.

Jones has not competed in the Octagon in more than two years, and his slow transition into becoming a heavyweight MMA fighter should be near its end. Once he sets a date for his UFC return, matchups against current champion Francis Ngannou, division legend Stipe Miocic, or Curtis Blaydes should be expected next.

Jon has not looked like the dominant force he once was in his last three UFC wins. He vacated the light heavyweight belt after his controversial win against Reyes at UFC 247 and has been focused on bulking up to heavyweight ever since.

For all the greatness Jones has shown inside the Octagon, his life outside fighting has been filled with dirt and numerous run-ins with the law. It has badly tarnished his reputation and legacy which is also a reason why he can’t make his return right now.