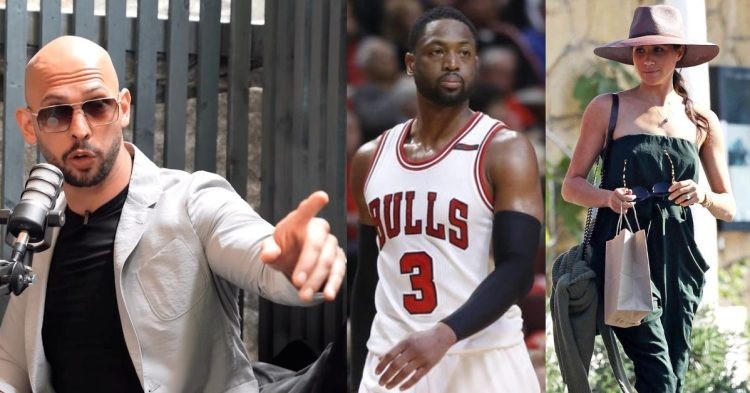 Andrew Tate is an online personality, who had a kickboxing career before giving out rather controversial statements. Tate talked about Meghan Markle’slife before her rise to fame and associated her name with NBA superstar, Dwyane Wade. Andrew, however, called out Prince Harry’s wife Meghan and had obscene comments about her.

Tate often speaks out on controversial ideologies and is often referred to as an out-and-out misogynist. Tate in the past has called out many personalities and in his latest rant called out Meghan. Meghan is a former actress, known for her role in “Suits.” She is currently married to Prince Harry. Despite this, Tate indulged in another controversial feud.

What Tate says, shouldn’t be taken seriously, especially in the rants he goes on about others. He has a history and a reputation, which has got popular among young listeners. He made accusations about Meghan, trying to sleep her way to the top. However, this may be at the very beginning of her career. With accusations such as this, he did not attempt to give any hard evidence to back his claim.

With that said, let’s take a look at what the Top G had to say, “A bunch of NBA stars, a bunch of NFL quarterbacks. She was some D-list Canadian actress trying to sleep her way to the top.”

Tate after making this allegation took a sweep at Prince Harry and satisfied his wife in marriage, “Do you think after that she is ever going to be satisfied with what Prince Harry can provide?”, said Tate. He even described as according to him which he often does describe men to be, “After athletes, big, strong, DARK athletes, have messed her up! No. She isn’t happy with what Harry can provide.”

Andrew also describes Markle’s life before getting all the status and fame that she received after marrying Prince Harry.

Princess Meghan, The Duchess of Sussex with Gabrielle Union @itsgabrielleu and Dwayne Wade @DwyaneWade in 2015 at a Prada event in NYC. #MeghanMarkle pic.twitter.com/RaDSCYgtNN

That is the rant the former kickboxer went on about Meghan’s life after marrying Prince Harry. Dwyane along with his wife Gabrielle met Meghan at a Prada event in 2015. However, Wade is married to Gabrielle Union and even has children. Gabrielle and Meghan know each other and have met in public, so Tate’s accusations should be taken with a grain of salt.