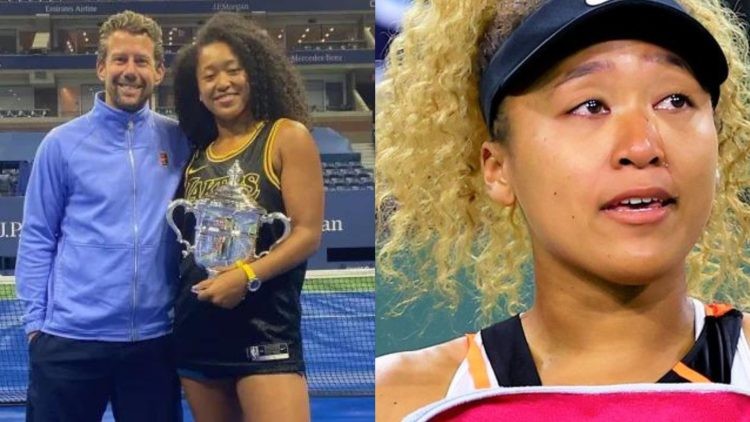 Naomi Osaka has not had a good first half to the 2022 season, she has suffered early exits in the Australian Open, French Open and Wimbledon as well.

Her best performance of the 2022 season came in the Miami Open, wherein she reached the finals and lost against Iga Swiatek. Following her bad string of results in 2022, Naomi Osaka and Wim Fissette have decided to part ways.

“It has been a privilege to coach Naomi since 2019 and see her grow into the champion she has become,”

“She has inspired a whole new generation to fall in love with the game & to speak up for what they believe in.

“It’s been incredible to play a part in that journey. Thank you … I wish you all the best and looking forward to my next chapter.”

Wim Fissette initially started working with Naomi Osaka at the beginning of the 2020 season. Naomi has not released any sort of a statement pertaining to her split with Wim Fissette and we await her statement on this as well.

Why did Naomi Osaka parts ways with coach Wim Fissette?

The clear reason for Wim Fissette‘s split with Naomi Osaka is unclear at the moment. However, it can be assumed that Naomi wants to explore her coaching options ahead of the much-awaited US Open which is considered to be her strong suit.

Her lack of good performances may also have added to her split with her coach. Fissette has previously worked with Kim Clijsters, former World No 1 Victoria Azarenka, Simona Halep and Angelique Kerber.

After Naomi got associated with Wim in the initial stages of the 2020 season, he helped her get 2 out of her total of 4 grand slam titles. She won 2021 Australian Open and the 2020 US Open under his coaching.

Our men’s and women’s singles entry lists have been released.

This season, however, has been nothing short of a disappointment for Naomi as she reached her lowest rank of 85 in the rankings. She is slated to play the upcoming Mubadala Silicon Valley Classic in San Jose after accepting the wild card entry for the WTA 500 event. Her name has also appeared on the US Open entry list.