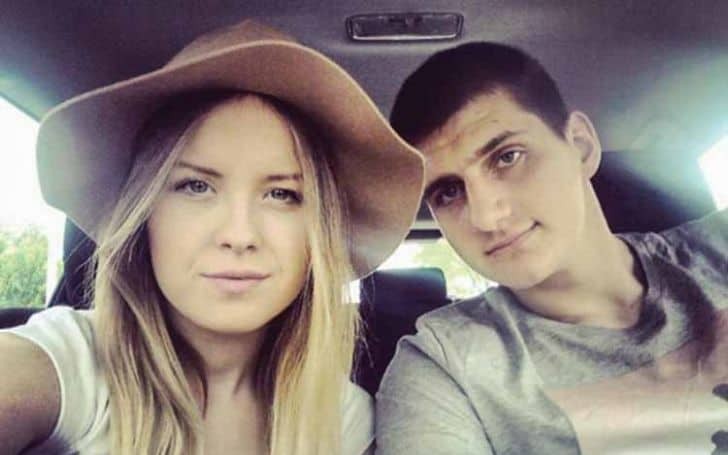 The Joker, Nikola Jokic has had a remarkable season. He is currently averaging 30.5 points, 10.6 rebounds and 4.5 assists per game in the playoffs. The Serbian Big Man plays for the Denver Nuggets and was also crowned the 2021 NBA MVP.  The Nuggets did not want to celebrate this moment in a hotel party hall so instead, they decided that Jokic should be honoured in front of the Denver Crowd during the NBA playoff game between the Denver Nuggets and Suns

Before Game 3, Nikola Jokic was crowned MVP and received his trophy in front of thousand fans roaring ‘M-V-P’. The Big Man was extremely happy to receive the award and spoke about how he was thankful for all the support he had received from his teammates and family. The star was also congratulated by fans and celebrities all over the world including tennis star, Novak Djokovic 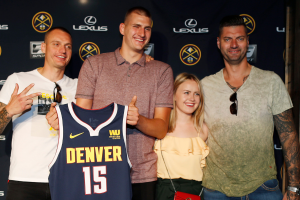 You Might think that the MVP award is one of the most prestigious things for an NBA player but if one were to ask the Joker, he would say his wife is the most precious thing in his life.

Nikola Jokic and his wife Natalija Macesic were high school sweethearts. The couple started dating in the year 2013 and they have stuck together since then. Natalija also shifted to Denver and has been a huge supporter of her husband.

The couple started out in a small apartment that they shared with Nikola’s older brothers, Nemanja and Strahinja. They then moved to Denver so that Nikola could continue to pursue a career in the NBA. Being the wife of an NBA star, Natalija is a private person. On the 24th of October, 2020, Nikola Jokic got married to Natalija in his hometown, Sombor. The wedding took place under high security.

The cutest moment of the wedding was when the Big man danced with his wife.

Natalija Holds a psychology degree and is a graduate of Metropolitan State University. She was also a volleyball player at the Seminole State College. Otherwise, she is an extremely private person and avoids giving out too much information about herself to the media.

The relationship between the Joker and his wife is extremely adorable. From High School sweethearts to Mr and Mrs MVP the couple has come a long way together. Jokic doesn’t shy away from telling the world how he treasures his wife and how every celebration is extra special when she is around.

Space Jam 2: Here’s A List of All The NBA And WNBA Players in LeBron James’ New Movie