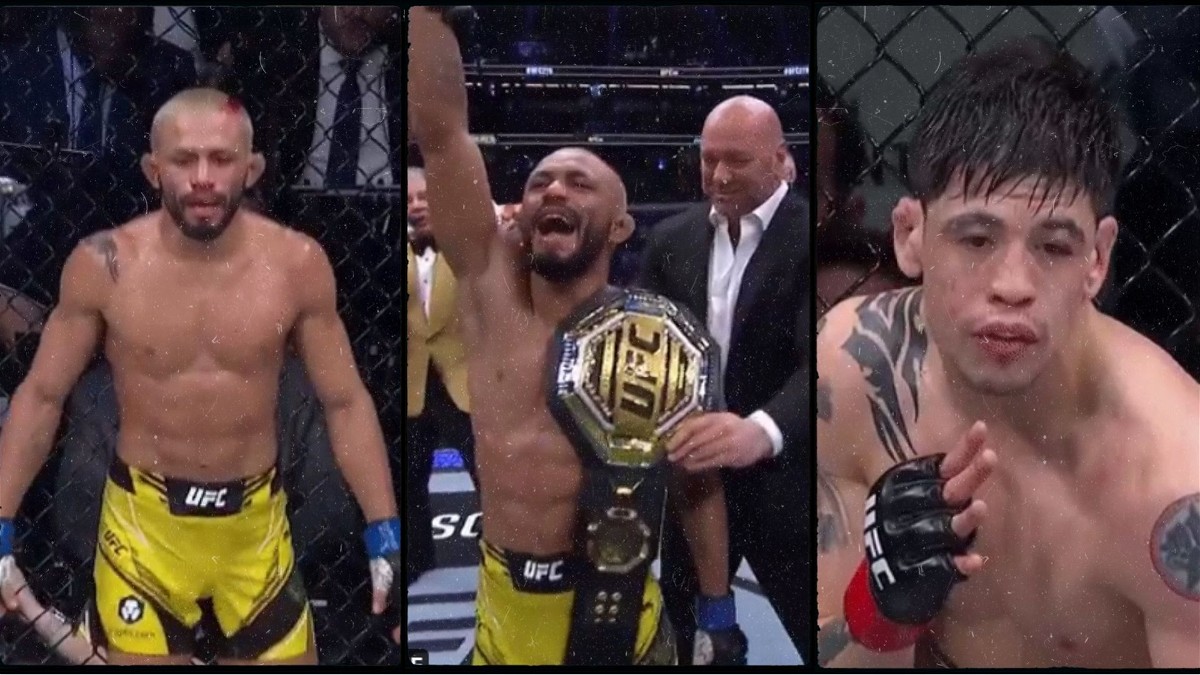 Brandon Moreno vs Deiveson Figueiredo had Fight of the Night written all over it, and that is what happened as the top-flyweights shared the Octagon in the co-main event of UFC 270. After everything was said and done, both the fighters once again put up a performance of a lifetime in yet another Fight of the Year candidate.

In what was a razor-close fight, after everything was said and done, it was Deiveson Figueiredo who saw himself regain the UFC flyweight championship as he beat Brandon Moreno via unanimous decision to retain the belt.

Both the fighters came in quick, just like their previous affairs, and showed immense grit and determination as they stood face front in what was a treat for fight fans around the world.

THE GOD OF WAR RECAPTURES THE BELT ????

Not impressed, I think @HenryCejudo need to quit coaching just like he quit fighting

Former champ showed he could adjust, be patient and dimensional. What a title fight should be. #UFC270

Deiveson Figueiredo vs Brandon Moreno 4 in 2022?

It was evident from the loud cheers from the crowd gathered inside the Honda Center, and as the new champion was crowned, Moreno and Figueiredo seemingly settles their rivalry. However, it’s safe to say that both these fighters could face each other a record 4th time in the near future.

There were several incredible moments from the fight. Figueiredo landed some bombs on Moreno in the second round, however, what was interesting to note was how Moreno looked to have the power advantage over the Brazilian fighter. The Brazilian fighter was more precise with his striking and landed a heavy right in the third round, with Moreno getting saved by the bell.

Figueiredo and Moreno match-up so evenly, that it’s hard to determine who is the better fighter. If ever there’s a fourth fight, it’s safe to say that it will have the attention of fight fans around the world.