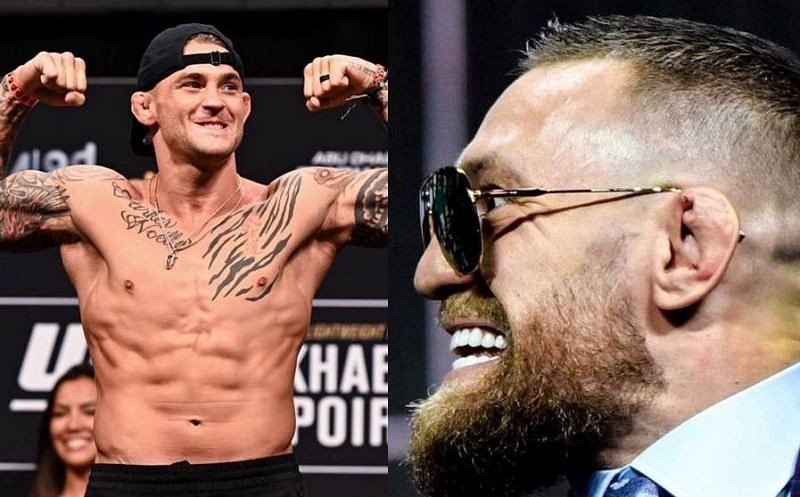 Dustin Poirier took on the current UFC lightweight champion, Charles Oliveira in the main event of UFC 269. It was expected to be a spectacular fight and the fans were not disappointed.

Though the fight only lasted 3 rounds, it was high paced and both fighters had their moments. In the first round, Dustin Poirier put on a dominant boxing performance and almost finished Charles Oliveira.

However, the champion overcame the adversities again and secured a submission win in the third round. Following the win, Charles Oliveria was praised by the MMA fans and his rivals in the lightweight division.

However, Nate Diaz and Conor McGregor criticized Dustin Poirier for an “embarrassing” performance at UFC 269. Nate Diaz took a dig at McGregor and Poirier and started: “How Conor let DP f**k him up hella times he s***s.”

Conor McGregor responded to Nate Diaz and stated: “you lanky string of piss he got lumped around and got lucky twice. That’s it. Is what it is. Embarrassing night for him alright. That closed guard game. Wtf was that. Wow! Shocking. All good happy Sat night horse yupya it’s proper twelve day tomorrow 12/12. New Paddy’s Day!”

Will Dustin Poirier fight Conor McGregor after his loss at UFC 269?

However, Nate Diaz and Conor McGregor have been going back and forth for a meaningful time now, teasing the fans of a potential trilogy. Nate Diaz has one last fight in his UFC contract and he was expected to make his octagon return against top welterweight title contender Vicente Luque.

Besides that, Conor McGregor vs Michael Chandler is also a possibility as both have shown interest in this potential matchup.