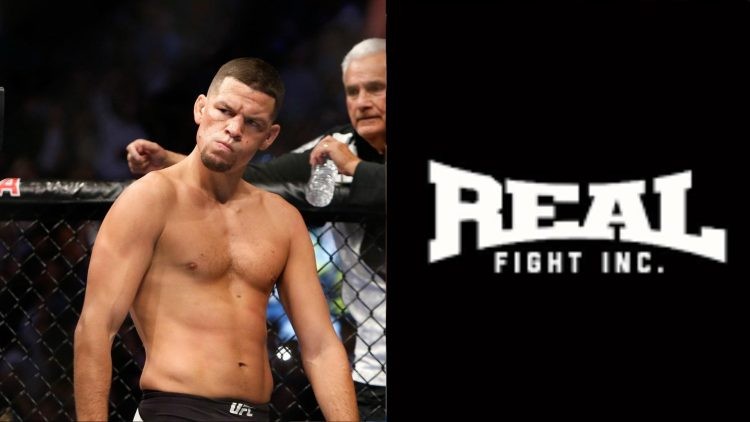 Over the years, MMA has advanced significantly as a sport. The UFC fighters themselves have grown to be such a huge brand. To the extent that they can start a business and have it supported by their name. This is not a new phenomena, however, recently fighters have started to launch their own MMA league. Khabib Nurmagomedov, Jorge Masvidal, Conor Mcgregor are few such examples that come to mind in recent times. To join their club, Nate Diaz is entering the promoting business.

Nate Diaz recently launched a new MMA league. It’s expected that in addition to mixed martial arts, Diaz’s new promotion would promote boxing and Brazilian jiu-jitsu competitions in the league. The organisation goes by the name of “Real Fight Inc“ and the tagline for the organisation is  “Real Ninjas. Real Fighters. Real S***.”  In the midst of all this, Diaz is yet to apply for promoter license as per his team.

That being said, this is an interesting turn of events. As recently, Diaz and the president of the UFC, Dana White had been in quite a tussle for a while. Starting a MMA league of his own, Diaz has made Dana his new competitor. It makes one curious how White might react upon seeing it.

Real Fight, Inc.’s future as a regular event producer or a platform for co-promoting Nate Diaz fights is still up in the air. As part of a fight promoter, Diaz will have more negotiating power and commercial potential than he would as a lone fighter.

Diaz is very well-known in the MMA world. He is considered the “OG”. Besides being a massive fighting figure he is a triathlete from Stockton, California, who enjoys practising Gracie Jiu-Jitsu.

On Saturday, he will be the main event of UFC 279. He takes on Khamzat Chimaev in a five-round non-title fight. The match is the final one left on Diaz’s active UFC contract. The competition received considerable, scathing criticism. As Diaz, who has been competing since last 16 years, is on his way out of sport, the 37 year old doesn’t seem to have witnessed any glorious success in the last half a decade.

On the other hand, The Chechen-born Swedish MMA fighter stands six feet two inches tall and weighs 170 pounds. Borz is an orthodox boxer with a 75-inch reach. The fighter is presently unbeaten in his professional MMA career with a record of 11 victories.

Although, Diaz has significantly more experience, Khamzat is on a great run and is young blood. Due to which, very few give Diaz a chance of winning at UFC 270. However, one can only sit back and watch how the cards unfold as it is a very unpredictable sport in which anything is a possibility.