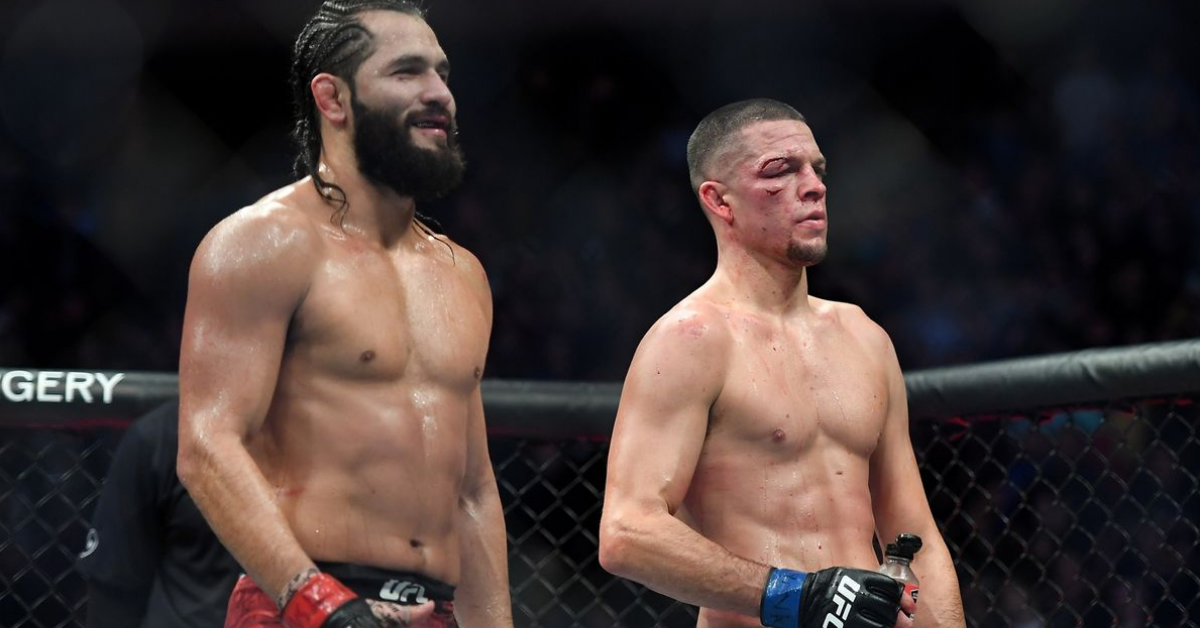 Nate Diaz has often found himself going against UFC, largely over dispute on fighter’s pay. Diaz has often criticized the company for not treating him with what he deserves. At a time when Jon Jones, and Jorge Masvidal have also raised their voice on the same issue, Diaz couldn’t help but pass a comment. Just recently, Jorge Masvidal took to social media and blamed UFC for not paying them well. He also claimed that the company is playing games, and that he is being disrespected as a fighter. Masvidal took to twitter, and in a series of tweets broke down the entire situation. Masvidal also replied to fans who claimed that Masvidal was running away from the fight.

“U boys are growing up.”Diaz said in a tweet, which he later deleted.

Despite of how one looks at this situation, UFC has been criticized for not treating their fighters in the past as well. Diaz has been the front runner in this entire debate about how fighters deserve more money. With Jon Jones joining blaming Dana White for not treating them right, it looks like UFC is on the back-foot. Its a evidently a problem for the company, when their A-fighters are threatening to quit the organization, and don’t feel that they are being valued by the organization they work for.

Jorge Masvidal asks to be released from UFC

There is a reason to believe that Jorge Mavsidal is looking at a negotiation with UFC by making a statement on social media. Just last week, Jon Jones vacated the light heavyweight title over negotiation dispute with Dana White. Additionally, he also asked to be released from his UFC contract. Now, Masvidal has joined the same movement in an effort to get what he think he deserves for fighting Kamaru Usman for the UFC welterweight championship.

Jorge Masvidal was scheduled to fight Kamaru Usman for the UFC welterweight championship after picking up three back to back victories. He picked up wins against former title contender Darren Till. Gamebred then obliterated Ben Askren, and a stoppage victory in the much anticipated showdown against Nate Diaz. However, for one reason or another, the fight didn’t see the light of the day. Now, looking at the entire situation, it looks unlikely that the fight will take place in the near future. Masvidal do have other options to look at in terms of going forward despite a lost opportunity at the title.