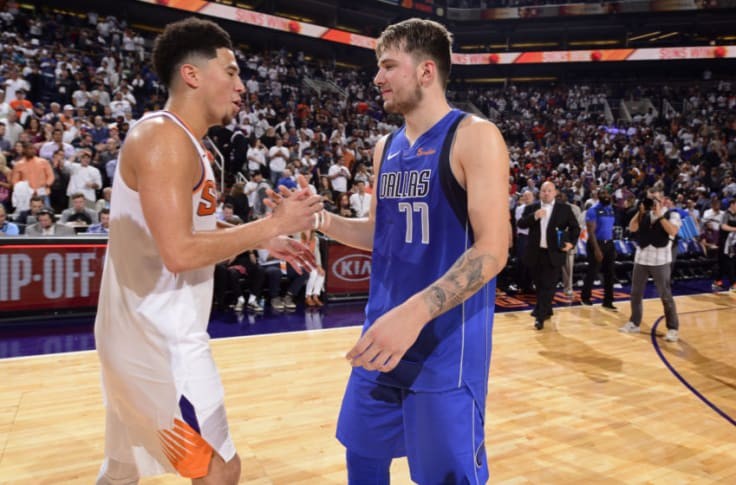 The NBA 2k cover athlete for the 2o22 season will be Luka Doncic from the Dallas Mavericks.  These games update and release new, better versions each year. Additionally, they also update the new drafts and trades to the game data each year.

Therefore, being the star athlete on the cover of the NBA 2k for the upcoming season goes to show how popular and influential Luka Doncic is in the eyes of the public. The young star is certain to make the Dallas Mavericks a contender in his career with them.

Also Read:NBA Legend Michael Jordan and the extent of his gambling addictions

Is Luka Doncic the fair choice for NBA 2k?

Yes, Luka Doncic is a transcendental, generational talent. He has carried the Dallas Mavericks to the playoffs twice and has made buzzer-beaters and game-winners. Additionally, Luka Doncic is also exceptionally skilled with basketball. He is able to find teammates with nifty passes and constantly make plays. He has also proven to be on par with seasoned veterans in the postseason.

Luka is clearly a superstar. However, there are other notable players who had the accolades to support their case to be on the cover as well. Donovan Mitchell, Trae Young, and Devin Booker are also three young talented individuals in the league. They have carried their teams deeper into the postseason and had varying impacts on the court. Additionally, Devin Booker has carried the Phoenix Suns to the NBA Finals in his very first playoffs appearance.

Luka Doncic has never made it past the first round of the postseason. He has always been eliminated by the LA Clippers. This is the only thorn on Luka’s case for the Cover of the 2022 NBA 2k edition. However, he is still arguably the best young talent in the league and is expected to leave his mark on the sport.