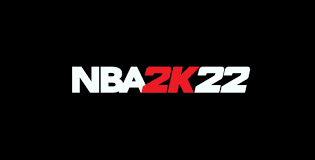 NBA 2K22 has a release date that is getting closer and the hype is over the top. Ronnie Singh or more famously known as Ronnie2K is the Director of Sports Business Operations of NBA 2k. Ronnie has delivered for basketball fans every year with amazing features in the video game. This year rumors have already started going around as to who will make the cover, what will each player’s rankings be and how is the career mode going to play out

NBA 2K22: Rumors Suggest That Luka Doncic Is Going To Feature On The Cover

NBA 2K21 saw three amazing covers for the game. One cover saw the young Pelicans star, Zion Williamson for PS5 and the XBOX Series X. Damian Lillard’s cover was made for the PS4 and the XBOX One. The game also had a Mamba Edition with Kobe Bryant on the cover. The edition was to pay tribute to the Mamba who tragically lost his life in 2020.

Luka Doncic has been a fan favorite ever since he entered the league and has spread the magic throughout the league.

We thinking this is real? pic.twitter.com/01TLhnLz2N

Normally NBA 2k released its games in the month of October. Over the last few years, 2k has set its eyes on a September release. Keeping in mind the last few release dates, NBA 2K22 will either tip-off on the 3rd of September or the 10th of September this year.

June is a month where all sporting games release their first looks. From FIFA to Madden, they have their first footage released in June. However, NBA 2K22 is expected to give us a small treat in early July. The gameplay along with the trailer might eye a July drop, giving fans the opportunity to pay attention only to basketball and not other sports video games. A lot of fans have already begun making their own fan-based trailers and hype around the game is certainly building as each day goes by.