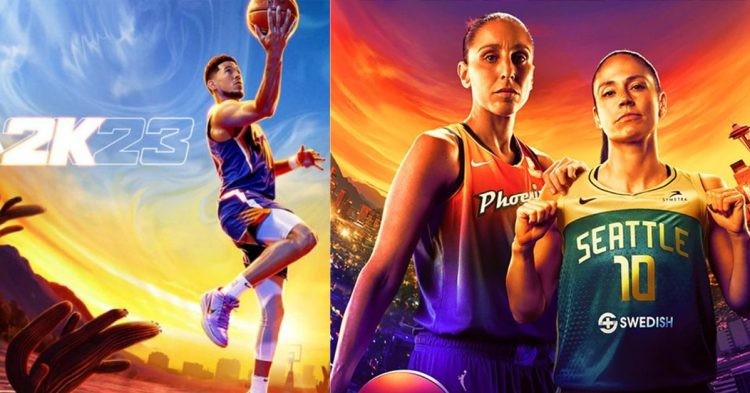 After lots of hype and interest, NBA 2K23 is set to release very soon. Several NBA fans have been playing the NBA 2K videogame series for years and eagerly await the latest version. Not all basketball fans are aware of the details and features of this game.

NBA 2K23 is set to release on September 9th, 2022. One must wonder what is special about this particular version and how it is different from the previous NBA 2K games. This is not a very easy question to answer as the developers always make several minor and major changes in every version of the game. Nevertheless here is what makes NBA 2K23 special.

Here are the various game modes for NBA 2K23

Every game has different types of “modes“. Simply put, a car racing game could have a free drive, custom races, and tournaments. These are examples of some simple modes that basic games possess. NBA 2K23 looks to be anything but basic and could offer a variety of modes.

NBA 2K23’s MyTeam mode is being completely REDESIGNED You will no longer be required to renew your players’ contracts every few matches. https://t.co/5IJVpZxg9d

Some of the modes we expect to see are- Challenges, Draft, Clutchtime as well as Limited and Unlimited modes. Moreover. the fan favorites Domination and Tripple Threat are likely to make a return in this year’s version of the game.

All the game modes are exciting. Yet, the NBA 2K cover athletes are quite an attractive point for the fans.

In order to cater to a growing and demanding audience, the NBA 2K developers have planned to release several editions. Additionally, each would have its own cover athlete. Devin Booker from the Phoenix Suns was chosen to be the standard cover athlete for NBA 2K23. There were several mixed opinions on whether the Suns guard truly deserves this recognition. After all, his team was eliminated by Luka Doncic and the Dallas Mavericks in the NBA playoffs.

First Look at our Cover Athlete @DevinBook in #NBA2K23

This year’s version also plans to have a special Michael Jordan tribute and cover. NBA fans were quite excited when they heard this. The last time “His Airness” was part of the game was in NBA 2K16, which is considered one of the best games from the series over the years.

NBA 2K23 will also honor the Chicago Bulls legend with the “Jordan Challenge”. This is a fan favorite mode in the game. It will allow players to experience 15 of MJ’s most inspiring career moments. Moreover Michael Jordan’s celebrations such as embracing Scottie Pippen in the 1997 Finals and the famous “shoulder shrug” will be included in the game.

Women basketball players have grown in numbers and popularity over the past few years. Therefore, the developers decided to include a WNBA version of the game with its own cover athletes.

As already mentioned, the 2K game developers have included a WNBA edition in the NBA 2K23 game to cater to a larger audience. Diana Taurasi from the Phoenix Mercury and Sue Bird from the Seattle Storm have been selected as the cover athletes.

Not many NBA fans follow the WNBA. But, it should not be disregarded and we should know who these WNBA stars are and why they were selected.

Taurasi is a 40-year-old point guard for the Phoenix Mercury. She has been in the WNBA since 2004 and played 18 seasons. Diana has averaged 19.3 points, 3.9 rebounds, and 4.3 assists in her career.

She has actually been voted as the league’s greatest of all time by the fans. Moreover, she has also gone all the way and won 3 WNBA titles with Phoenix in 2007, 2009, and 2014. She has several other accomplishments to her name such as being a 5x scoring champion, making 14 all WNBA teams, and winning 5 Olympic medals.

Sue Bird will also be a cover athlete. She has been in the WNBA for 20 years, the same amount of time as LeBron James in the NBA. That alone should give her enough status to deserve a spot as a WNBA cover athlete.

In some way, Diana Taurasi and Sue Bird can be considered the Michael Jordan and LeBron James of the WNBA. Thus, they have become cover athletes.

Fans must be eager to know how much the game costs. After all, not everyone can afford to spend money on luxuries such as video games. It is difficult to say with absolute certainty what the prices will be like as they are always subject to last-minute changes. Nonetheless, the NBA 2K23 standard version is expected to be out at around $59.99 USD.

The Michael Jordan edition of the game is predicted to be more expensive. It is estimated at $99.99, while the WNBA edition will be around the same as the standard edition. People should not be disheartened by the steep prices and either wait for the prices to drop or look for alternatives if they wish to play the game.

Since the game has so much hype, we have already received some of the NBA players’ 2K23 ratings before the game has been officially released.

Golden State Warriors star Stephen Curry has been given a 93 OVR in the game. This is quite low considering he just helped GSW win the NBA finals and was also the Finals MVP. Moreover, Andrew Wiggins is an 83 OVR, Jordan Poole and Draymond Green are 82 OVR and Klay Thompson is just an 80 OVR.

We can discuss how inaccurate these leaked ratings are when compared to the real deal. However, we were never supposed to know what the rating was and should not complain after being given a sneak peek. Curry definitely deserves to be higher, at least a 95 OVR. But that is an argument for another day.

The ones who buy the game at the soonest will release the complete ratings of all the players to the NBA media. At that point, we will have a much clearer picture of how accurate and developed the game is.