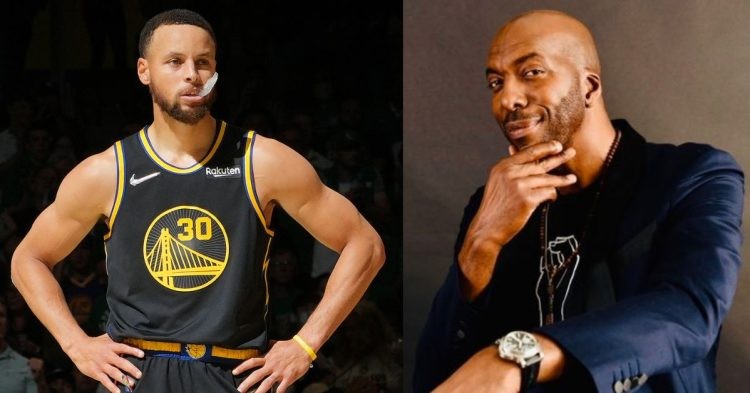 There is no other player that had a better season than Stephen Curry. As we all know, the American won his 4th title with the Golden State Warriors. He has been instrumental in the dynasty’s success and the rebuilding process too. After Kevin Durant left, the Warriors team was filled with injuries that prevented them from winning the championship for a few years.

However, they are back stronger than ever and we can be sure they are ready to compete next season too. One main factor that will remain the same is Steph stepping up again for the team next season. He has done the same numerous times this year.

One recent example would be his 43-point game in the 2022 NBA Finals against the Boston Celtics. His historical performance couldn’t have come at a better time as the Warriors were struggling to break down their opponents. He also joined LeBron James in an elite list after the masterclass. The way he has continued to be at the top leads us to one question; how does Steph work on his longevity?

In an interview with Vlad TV, the former NBA champ John Salley spoke about Stephen Curry. He said, “I think Steph curry showing him working out when usually everybody else is relaxing, and he’s doing techniques, working on his core because he realized ‘that’s where I’ll start. The little things, that players we may not pay attention to”.

Like John said, Steph is a player that pays attention to the smallest details. It is no coincidence that he has become the player he is today without taking care of his body. The man is 34 years old, but he still runs around the court like a rookie.

A while ago, Steph’s performance coach, Carl Bergstrom posted a video on Instagram. In the video, the GSW star was working out on conditioning and strengthening his muscles. Carl released the video when it hadn’t even been a month since the NBA Finals this year. That speaks at length about how he is dedicated to keeping performing on the biggest stage, while the other players are relaxing.

Steph isn’t the biggest or strongest player, but he always makes sure to stay in the best shape. This is one of the main reasons for his longevity as he focuses on keeping his body in the same way without gaining muscle. As Salley mentioned in his interview, the best way to convince your body to keep going is to maintain it regularly.