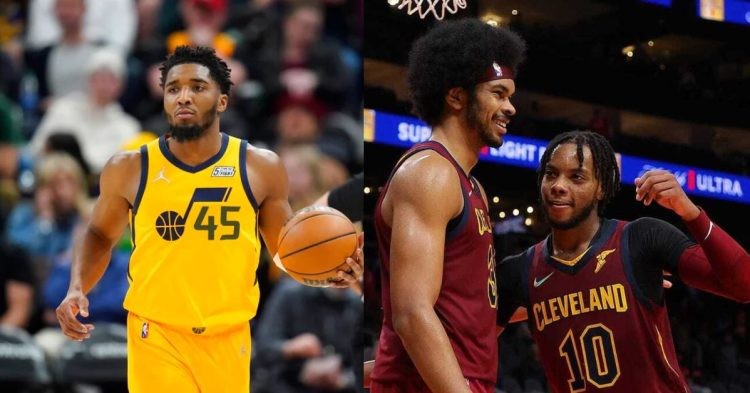 It seems that at a moment’s notice, the Utah Jazz and the Cleveland Cavaliers have pulled off the biggest trade this offseason. NBA star Donovan Mitchell is on his way to the Cavaliers and hopes to make them a contender in the Eastern conference.

Considering that we never saw this coming, one must wonder how this trade went down. NBA Insider Brian Windhorst broke down how this trade took place. It is important to understand the fine lines of the trade in order to understand which side has come out on top of this.

Madison Square Garden, home of the New York Knicks, is considered one of the “Meccas” of basketball. Additionally, the Knicks are considered NBA royalty, much like the Lakers and Celtics. Thus, Donovan was hyped to become a Knicks this NBA off-season. Yet, the Cavs ended up making the trade happen, as opposed to the Knicks. Windhorst broke down how this came to be.

“Yeah, this is one of the more dynamic star trades that we have seen in recent memory. Because it wasn’t just about the Cavs coming in and making a trade that altered the dynamic of the Eastern Conference. But it was about the Knicks and Jazz who were real natural partners here to make the deal not executing this. So its really about as much as that not happening as it is the Cavs coming through. I think at the end of the day the Cavs think they are closer to championship contention with this deal than the Knicks.”

This is certainly an interesting point. One should wonder what the “gap” is between the Cavs and the Knicks. In the terms of how close they are to winning a title. Brian explained how the Cavs who were “closer” to winning a title were willing to trade away more.

“That made it easier for them to throw everything they have into the offer. There wasn’t much left on the table. Whereas the knicks, even if they had traded for Donovan Mitchell were a player or two away. They were a little bit more judicious and wanted to negotiate a little bit harder…  The Cavs’ willingness to meet Jazz’s demands got this done.”

In any case, Mitchell is now a Clevland Cavalier. The upcoming NBA season will reveal who won this deal.