Advice to Average People? Shaquille O’Neal Doesn’t Even Take a Second and Says, “So, I Would Say…” 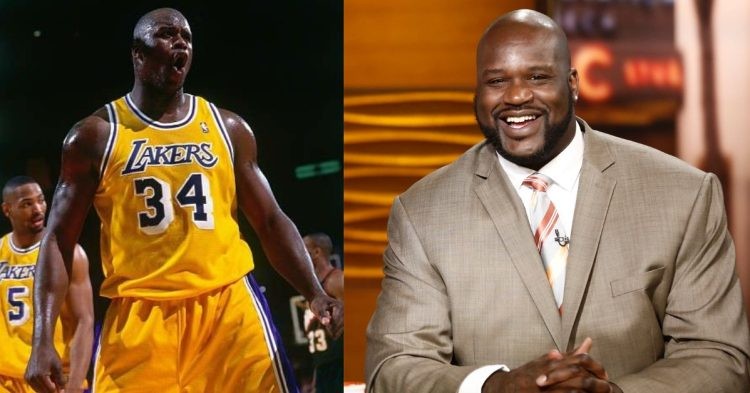 We all know how lavish a lifestyle NBA players can lead. The reason for that would be the lucrative amounts the franchises pay these players. Players receiving hundreds of millions have become more and more common nowadays. But despite that, there have been a few athletes who have used that to create a platform for themselves to even make more. One such player is former LA Lakers superstar Shaquille O’Neal.

Just some of @Shaq’s investments:

Shaq was an unstoppable force on the court. There was a point in the NBA when the entire league feared him. However, he was as ruthless of it as well. He has become a business tycoon and has amounted a staggering net worth of $400 million as of 2022. O’Neal is an investor in numerous companies, including Papa John’s, Ring, Google, Apple, etc.

Recently, Shaq was asked on REVOLT’s episode of Drink Champs, about what advice he would give to young people looking to make it today. He said, “Educate yourself, now when I say educate yourself it ain’t about going to school and getting a degree. Because I learned about businesses not from college. I learned about businesses from a book called ‘The dummies guide to start your own business’ and the first thing I did was incorporate my family.”

“First thing I did was take the cell phone out the personal name, put in the personal name so we can get some of that money back and then you learned along the way. So whatever you wanna do, educate yourself. If I was 14,15 now I would be a genius. You know why? Because information is so available,” O’Neal added.

It seems like the 50-year-old advice would help many youngsters nowadays because of how true it is. Back in the day, people did not have a platform where almost everything was available. However, in the current era, youngsters can learn everything they want to from just a search on the internet.

Shaq reveals the difference between educating and learning from school. The 4x NBA champion claims that he learned businesses and investments from a book. His opinion may be contrary to common beliefs, but it seems like it has worked out in the best way possible for him, given his many successful business ventures.

NBA Players Who Are Jehovah’s Witnesses: The Truth About Brittany Schmitt’s Relationship With Danny Granger