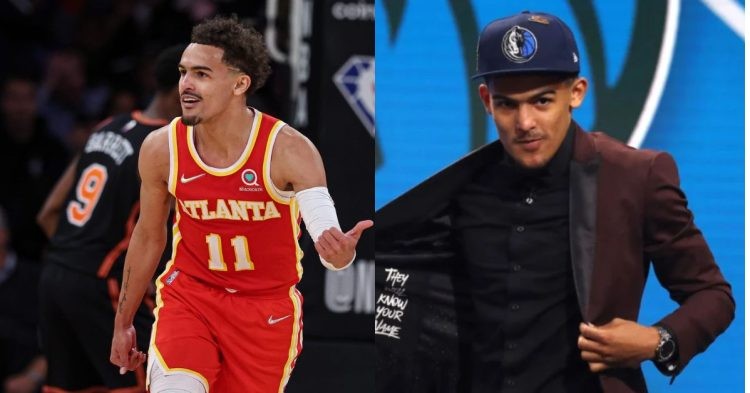 Trae Young is a key part of the Atlanta Hawks franchise in the NBA. He joined the league in the 2018 NBA draft and soon carried the Hawks back to relevance.

Young has drawn comparisons to Stephen Curry soon after joining the league. This is due to his ability to score from long distances like few others have. One must wonder how many teams he has played for so far in his NBA career.

It is important to note that NBA rookies and newbies are unlikely to force their ways out of bad situations, in order to go “ring chasing“. Therefore, showing loyalty to a team during one’s first contract there is not the same as spending one’s entire prime and career with the same team.

The draft is a process through which potential NBA players are chosen by teams interested in them. Moreover, these teams can trade their draft picks or even the players immediately after they have been drafted. This could be because teams usually would want a certain player. However, teams with earlier draft picks are likely to select the player in demand.

This would lead to teams attempting to trade their choices to have players who fit better in their systems. This has been happening for quite a while in the league now. Kobe Bryant was initially drafted by the Charlotte Hornets. Yet, he was traded to the Los Angeles Lakers and never played a single game in a Hornets jersey.

The same situation happened to Trae around the time he was drafted. The Dallas Mavericks and Atlanta Hawks switched choices and traded Luka Doncic and Trae Young. Both teams were more interested in the other’s choice and believed that the trade was worth pursuing.

Trae has been loyal to the Hawks and has no reason to leave them for another team. The same can be said with Luka Doncic. It is interesting to observe that both these players have already carried their teams to their respective conference finals at these early stages of their careers.

Having seen success, it is unlikely Trae will leave the Hawks anytime soon. Atlanta knows it has a window of opportunity and has traded for Dejounte Murray from the San Antonio Spurs. This move would also help them keep Young for a longer duration of time and increase their window for hopefully winning an NBA title.