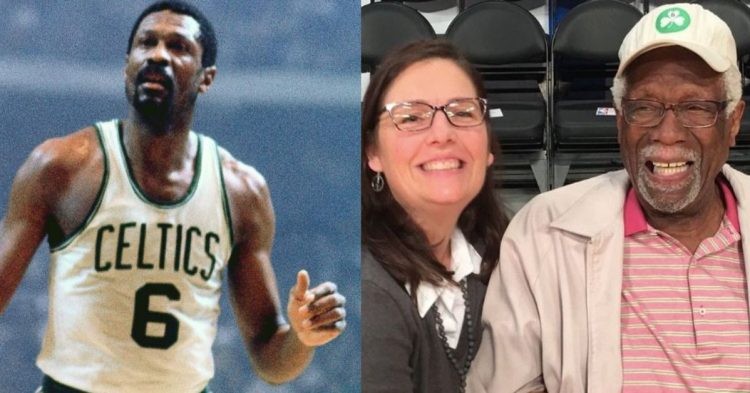 The late Bill Russell was one of the greatest and most accomplished players the NBA has ever seen. He is an 11-time champion who spent his 13-year career with the Boston Celtics. Additionally, he has been a great vocalist about racial discrimination and a fighter for the social rights of African-American players. Russell played in the 1950s and 60’s when the league had just been formed and has lived a life we must struggle to imagine.

Considering that he was such a prominent personality, one must wonder more about his personal life. Whether he got married and whether he had children are good indications of being a family man. His marital status might interest the people who would be interested to know what became of the NBA great’s immediate family.

The 88-year-old Celtic legend had quite a romantic life. He married three women. Their names are Rose Swisher, Dorothy Anstett, and Marilyn Nault, The 11x NBA champion married them in the order mentioned. They have all recently come into the spotlight after he passed away.

Bill Russell’s family released a statement announcing the death of the NBA Hall of Famer.

Rose Fisher passed away on September 11th, 2014. She was 78 years old at the time. Rose had 3 children with Bill Russell. However, they ended up getting divorced in 1973 due to them growing emotionally distant. Their 3 children’s names are Karen, William, and Jacob Russell.

The 5x MVP remarried 4 years after his first marriage ended in 1977. This time it was a woman named Dorothy Anstett. However, this marriage too soon failed in 3 years and he was single again by 1980.  He soon found love again. It was to a woman named Marilyn Nault. They married in 1996 and stayed so until she passed away in 2009.

Several people are under the assumption that these are the only women Mr. Russell married. However, in reality, there is another, her name is Jeanie Russell. Not much is known about her and she had no children with the NBA legend. It is good that he had someone by his side when he passed on. They got married recently and in a discrete manner.

It is difficult to find the right partner in life. Especially if you live a long one. Mr. Russell had lots of family and friends who are proud of him due to his contributions to society.